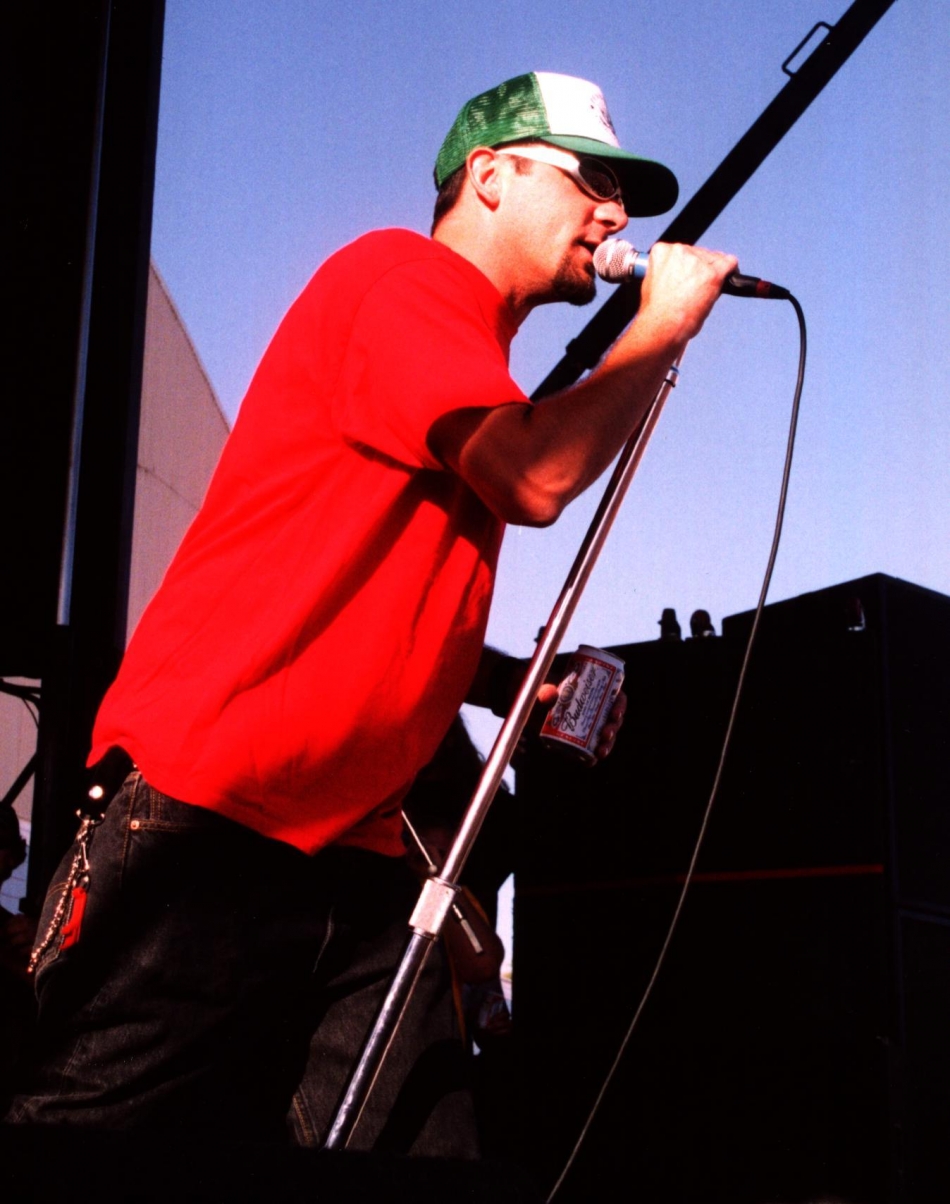 Can true love actually be found on this year's Warped Tour? This question is raised by tour veterans Blink-182, who sing about falling in love at a fictional Warped Tour stop on their latest single, "The Rock Show." And as radio stations across the country spin "The Rock Show" and its fantasy-based portrayal of the Warped Tour as some magical hook-up spot, the real Warped Tour returned to the Ventura Fairgrounds' Seaside Park for another eight hours of all-out shop, rock, and skate action.

First, it is important to know that business is a huge part of the Warped Tour. Unlike past peace-and-love, flower-power preaching music festivals, the overtly commercial Vans' Shoes/Target Stores-sponsored Warped Tour is all about having fun while plugging the right marketing demographics. Among the Seaside Park show's barrage of tents, skate ramps, and performance stages, independent record companies such as Epitaph, Fat, and Nitro set up extensive merchandise booths next to Playstation 2 exhibits and Domino's Pizza stands. Fans could toss around blue-and-yellow Yoo-hoo beach balls, and Target even provided "reverse daycare" for parents who decided to tag along to the Warped Tour with their kids. While the organizers of the Warped Tour may not be out to save the world, they have nothing against making it a more entertaining and profitable place.

Once again, most of the musical highlights at the Seaside Park show emanated from the festival's two main stages, which were erected side by side at the east end of the fairgrounds. Exuberant fans slammed and crowd-surfed their way through half hour sets performed by sixteen bands, including Less Than Jake, AFI, Rancid, and 311. However, Hermosa Beach's Pennywise was undoubtedly the afternoon's most highly anticipated act.

As the group's many friends and family members passed around celebratory Budweiser cans and watched from backstage, Pennywise kicked off their set with the angry, call-to-arms anthem, "Fight Till You Die." After "Fight Till You Die," the politically-charged veteran four-piece followed with a series of attention-getting, temperature-raising songs -- "Perfect People," "Society," and the current radio hit, "Fuck Authority." Singer Jim Lindberg, well disguised underneath a green-and-white baseball cap and white-framed sunglasses, also sarcastically dedicated a pissed-off protest song called "My Own Country" to President Bush.

Before Lindberg could even wipe off his sweat with a Target-provided, terry cloth towel, Kris Roe and the Ataris energetically rocketed into their set on the adjacent main stage. Faced with the unenviable challenge of both being the next band up and having to match Pennywise's uncompromising performance, the members of the Ataris came out wearing uncharacteristic, tough guy demeanors. Not surprisingly, though, the Ataris' mean-edged stage appearances and early, rant-driven tunes quickly gave way to warm smiles and more typically passionate, heartfelt material. The Ataris are still best known for their tender, longing-filled love songs, after all.

And with her husband, Kris, clearly back in his usual love struck, Romeoesque, rock star-mode, Denice Roe quietly sang along to the lyrics of "The Last Song I'll Ever Write About A Girl" from the far right corner of the stage. True love can actually be found anywhere, even at this year's Warped Tour...