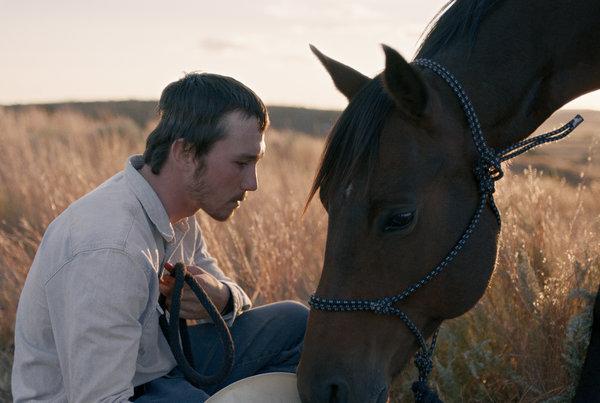 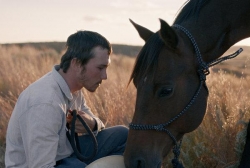 Set along the vast prairies of North Dakota, Chloé Zhao's The Rider unfolds as a drama weaving in non-fictional narrative, recounting the recovery of Brady Blackburn (played by real life cowboy Brady Jandreau), a rodeo champion forced to reckon with a severe head injury. Often clashing with his drunk and careless father (Tim Jandreau) and bonding with his teenage autistic sister (Lilly Jandreau) at home, Brady also learns to navigate unfamiliar territory and a life now void of his singular passion. With an unwavering and authentic vision, Zhao poignantly digs straight to the heart of implicitly understanding one's purpose in life and the bittersweet struggle one must endure when the body is no longer resilient to spirit's yearning.

Incorporating first time actors into her second feature film, Brady's underlying intuition when it comes to playing his role conveys a knack and charisma for acting, his expressions undoubtedly subtle yet reveal an immeasurable honesty. Comprised of sparse dialogue, much is told through Brady's newfound idleness and contemplative desolation while alone in his father's trailer or walking through North Dakota's expansive land while battling his inner isolation and entrapment, simultaneously giving the film's geography a claustrophobic air. The moments of joy that do spark a light in his eyes revolve around reliving his glory days and watching footage of his rodeo competitions on YouTube with his real life friend and real life bull-rider Lane Scott, who remains in the hospital, paralyzed both in body and in speech. The compassion and mutual understanding that emanates from their friendship and respective physical constraints unravels as some of the most achingly tender scenes, embracing hope when their purpose for living is repeatedly challenged. "It's all the same to a cowboy - you ride through the pain", remarks one of Brady's rodeo buddies, yet there remains an incessant struggle between Brady's mind desiring one thing and his body, now dealing with seizures, nausea and unyielding drowsiness, unable to cope like he used to prior to his surgery.

Zhao's remarkable capability for honing in on intimate moments reveal what a gift Brady has in developing a unique and impenetrable relationship between each horse he trains. The bond between him and his animals comes naturally, as though Brady sees himself as an extension of these wildly stubborn and graceful beasts, refusing to conform to a life when he's constrained to give up riding. After one of his horses suffers a critical leg injury, Brady and his father spare no time in putting the animal out of its misery. In a world where Brady resists societal influences and expectations, Brady sympathizes with the horse, comparing their physical traumas and loss as one and the same. In a similar vein as Aronofsky's The Wrestler, The Rider too is full of vulnerability and honesty in the toll one's physical ailments can render on the human body, extending itself as powerful and poetic piece of cinema that casts a close lens at the spirit's persistence to prevail.