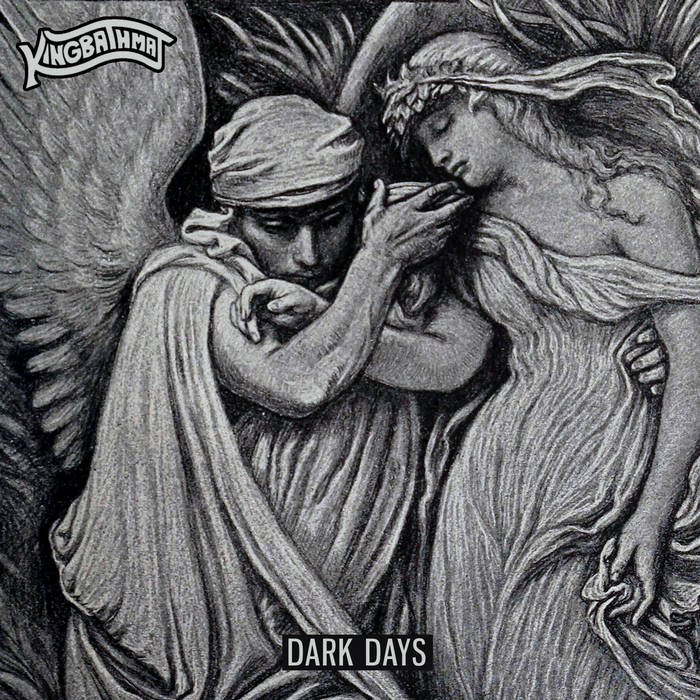 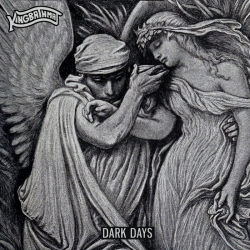 Despite being a shorter outing with less colorful complexity, Dark Days sufficiently upholds the KingBathmat legacy with enough quirkiness, pathos, and ingenuity to satisfy.

It’s been four years since English progressive/grunge rock outfit KingBathmat put out its seventh album, Overcoming the Monster, and while multi-instrumentalist mastermind John Bassett has certainly kept busy with other beloved projects (namely, his Arcade Messiah trio), fans have nonetheless been clamoring for a proper follow-up ever since. Fortunately, Dark Days fills that role just fine. Despite being a shorter outing with less colorful complexity, it sufficiently upholds the KingBathmat legacy with enough quirkiness, pathos, and ingenuity to satisfy. After all, Bassett possesses a very characteristic style (both vocally/melodically and as a composer), and Dark Days represents it very well.

Although he soars in a band setting, Bassett has always been adept at working alone and/or with minimal tools at hand; therefore, it’s not too surprising that the release is so good considering that only two members remain (Bassett and drummer Bernie Smirnoff). While the absence of additional players does lead to a drearier and more guitar-centric collection—which falls in line with Bassett’s other recent work, to be honest—it still maintains “the melodic style that runs through most of the KingBathmat back catalogue.” In addition, the duo admits that they didn’t plan to make another record under the moniker (they initially envisioned the set as a side project debut), yet Bassett concedes that “if the response is favourable, this might be the start to a number of mini KingBathmat albums.” Let’s hope that’s true, as Dark Days is quite good.

A somber piano motif opens the title track and modifies delicately around faint synths and Bassett’s equally forlorn echoed verses. His voice sounds arguably more pained and wispy than ever (in a good way), making for a remarkably affective yet dim introductory blend. Halfway through, drums, bass, and guitars kick in, adding captivating forcefulness and assortment without diminishing the overarching graveness. By the end—and with more robust singing and strings—it becomes one of those unassuming gems that unexpectedly get stuck in your head. As such, it also captures KingBathmat’s signature style.

John Ford’s celebrated tragedy “Tis Pity She’s a Whore” gets a titular—and perhaps thematic—nod next, with a buzzsaw guitar texture revealing the main riff of the track (alongside a rockier foundation). Likewise, Bassett sounds a bit more antagonistic and fiery here, issuing his charges with a mixture of hostility and wistfulness. In a way, the piece recalls the more raucous jams of influences like Dungen, QOTSA, and The Pineapple Thief, and it definitely showcases how solid he and Smirnoff are as musicians. In contrast, “Magnet to Pain” is sparser at first, leaving palpable space between the in-your-face percussion, scruffy chords, and psychedelic vocal effects. There’s an engaging multilayered dankness to the entire production, actually, that’s akin to pioneers like Nirvana, The Pixies, and Black Sabbath. Still, the pair ensures that it remains tempting throughout.

As you might expect, “Feathers” is more pensive and gentle, showcasing Bassett’s regretful tone over a vibrantly varied grounding that includes interlocking guitar parts and reserved rhythms. It evolves wisely, too, with more elements added every so often (including a collage of six-string schemes) to warrant—if not completely justify—it’s nearly nine-minute-length. Even with such indulgences, it keeps its emotional hook at the center. Closer “Nihilist,” which is easily the most dreamlike and dynamic piece of the sequence, is even more elegiacally charged. Intricate rhythms meld with mournful, surrealist chords, ardent croons, and moving lyricism, engulfing listeners in a whirlwind of piercing emotion and instrumentation. It’s definitely the highlight of the disc in terms of revealing all that the twosome can do.

If classic KingBathmat and Arcade Messiah had a musical lovechild, it’d be Dark Days, as it melds the melodic and musical dexterity of the former with the unapologetic grit of the latter. Sure, it’s not as multifaceted and imaginative as prior entries in their discography—which makes sense given the limited amount of players—but as Bassett himself has said, it’s not really trying to be. Like all of his works, it’s exactly what it’s meant to be, and it preserves what makes his arrangements and songwriting majorly singular all the same. For that reason alone, it deserves commendation, and any fan of his previous outings should find plenty to like here.