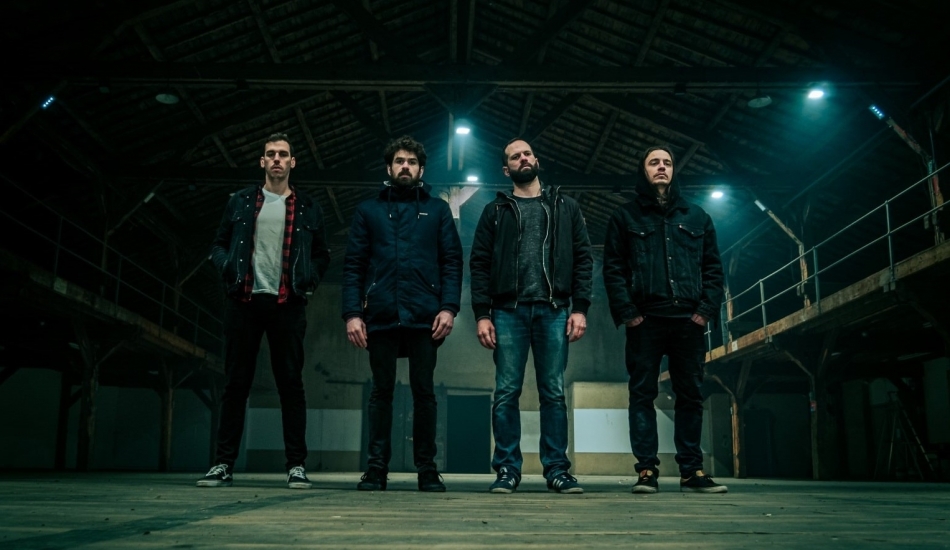 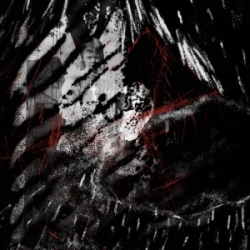 Off the rails and whipping toward you, its headlight beaming the anger of God, Anna Sage’s new self-titled album is a thrill. The rapid-fire opening snare on “The Holy Mice” battles a staccato, off-time guitar riff. And the guitar tone is live; the amplifier practically hums in front of you. Feedback sometimes fills voids when the guitars break, like on “Sinner Ablaze.” Thirty seconds in, the song hits a groove, and bass guitar notes slide around the key as the six-string pours out a blurry, dissonant drone. Then comes “The Deadly Mess of a Dying Head,” where the atonal scream-shout vocal rages in cadence—"The wall in their eyes / they fall from their skies / hear ‘em antagonize!"

Anna Sage, a four-piece band from Paris, has issued at least two EPs in the band’s 10 years, but this self-titled album, released April 15, 2022, is the band’s proper debut. You can instantly hear the influence of Jane Doe-era Converge—the caustic intensity, the volume and passion, the mix of straight-ahead rhythms with frequent, chaotic tempo changes. Other hardcore and metal influences include Botch, Will Haven, Trap Them, and Gaza.

“Loveless” includes an oft-repeated sound on the album—dissonant high- or mid-range two-note chords that knead over crashing drums while the vocal smears its shredded personality onto the aggressively mordant sound. “Double Bind” begins much like a Jane Doe song, too, chaos pounding on all the doors and windows. Then around 50 seconds in, the song stabilizes and the guitar jams on a simple riff while the drums ratchet up the tension by slipping in fills and playing just off the beat.

On Anna Sage, the guitar riffs can be thrilling, taking the listener around blind corners and through dark doorways. The drums alternate between imposing order and creating high drama by stopping and starting; the guitars will repeat a riff, but the drums play differently the second time through. One thing I notice, though, is that the album has no big moments, no single part I would play for someone to say this is how good this band can sound. I think this just underscores how consistent this album is and how important the audio engineering and production are to making Anna Sage sound so good.