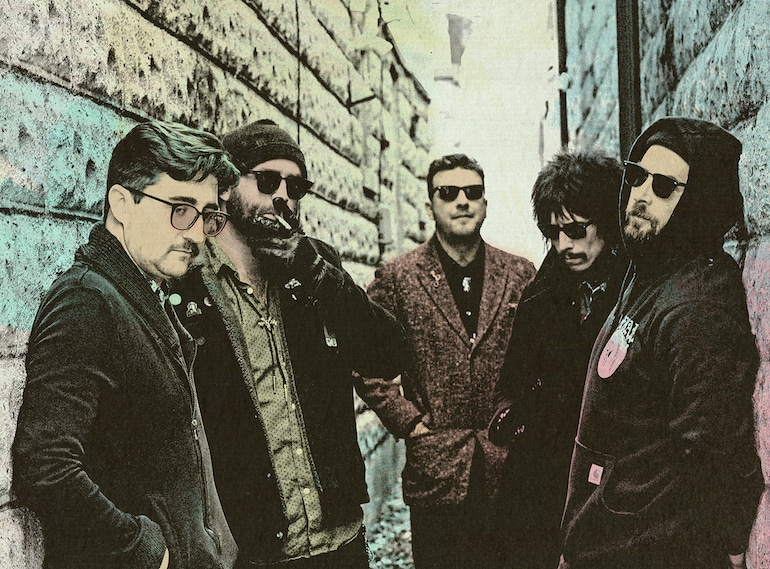 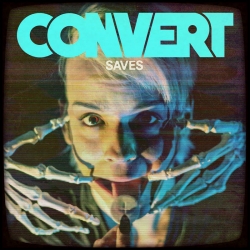 As an avid goth fan this very modern sounding album actually has roots grounded firmly in some early Bauhaus stuff. I can’t help but think of Peter Murphy and his cadence in songs like “Antonin Artaud” as in track one of Convert’s “Saves” the vocalist shouts “Bleached Bones!”. I think the heavier tracks have a real Nine Inch Nails Broken feel, and that comes through in the chord progressions as well. I can’t help but think this band are also big fans of Ministry and KMFDM. I definitely hear the 70’s goth and 90’s industrial influence more than anything modern. It’s always interesting to me when bands, probably unintentionally, have a little bit of  Beatles influence like in tracks like “Watch it Burn” the chord progression in the verse is basically “She’s So Heavy” but sped up and industrialized. It’s little things like knowing how to work good pop hooks into heavy raucous music that takes it to the next level.

Every track uses cliché lyrics but in a clever way that will get the audience latching on, pumping their fist and shouting things like “Watch It Burn”. What I find interesting about this band is they really subtly have these great pop chord progressions but layer them in metal-ish heavy power chords and quirky synth noises and samples here and there but underneath great vocal melody, even if it’s shouted until vocal chords are bloody. The vocals in some parts almost have a feel like Geoff Rickly of Thursday or a slightly more subdued Dennis Lyxzen of Refused. However I think Dillion Hallen carries way more melody in his vocal. It’s like if Robert Smith of The Cure was filled with piss and vinegar. Overall an impressive debut album and I’m assuming an energetic live set must accompany this band.

I think even your average rock fan, and I’m talkin’ to you old guys in the back who always complain “Back in my day, blah, blah, blah” would really love this band. It’s got that set of balls you are always complaining that rock is missing these days. However it manages to sound modern and fresh.