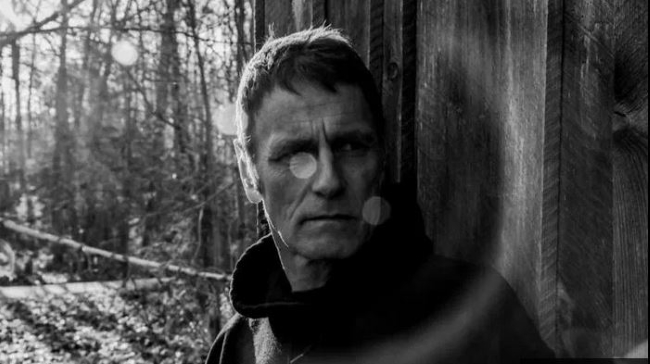 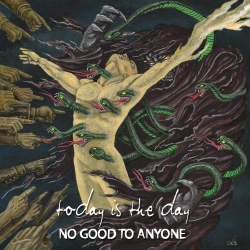 Album Review
Today Is The Day
Reviewed by Damon

The threatening and anguished “No Good to Anyone” is another howling soul of an album.

No Good to Anyone, released February 28, continues Today is the Day’s nearly 30-year run of creating squalls of whimsical, agonized metal at fantastic volume. The music is a raw expression of bad feeling. This psychedelic album features mid-tempo songs with modal-sounding melodies and chanting-style vocal deliveries.

“Son of Man” begins at a deliberate pace, the guitar with a two-and-a-half-ton sound hits three-note riffs accompanied by resigned spoken lyrics: “Let me tell you a story about a thing or two, a real good story about me and you.” The intensity builds, and after the two-and-a-half-minute mark, a synthesizer runs calmly disassociated scales over blasting double-bass drumming and hurricane-force guitars. The bipolar, multi-tracked vocals—a Steve Austin signature—sing out in horrified celebration: “It starts in the blood stream it comes from the head; the brain and its body, soon to be dead; breathe your last breath showered in darkness; breathe your last breath, enjoy the silence—and you sleep all night! And you sleep all night!” These are the kinds of threatening and anguished sounds I want from Today is the Day.

“You're All Gonna Die” starts with a bottomed-out rock riff and heavy reverb that pushes the vocal under water. Drowns it, really. The song then starts pummeling, joined by an ugly, scarring guitar part. Similarly, the first two minutes of “Burn In Hell” go along chunk by chunk, then erupt in a battering, unmedicated spasm, finishing with screams of “I won’t be there when you need me! I won’t be there when I need you!” The visual equivalent is the No Good to Anyone album cover, which shows a bunch of skeletal hands pointing at a body extended in pain. Snakes emerge from the body’s skin as a demon hovers behind, more serpents emerging from its black robes.

The album also has more nuanced moments. “Callie” opens with a chilled electric guitar and a slide-like guitar effect soaring above. This musical ode (to Austin’s recently deceased dog) closes with the lyrics, “There’ll never be a sunrise; I’ll never see a smile; there’ll never be someone like you, my friend.” The off-key, tepid vocal delivery is eerie, and the sustained bass, combined with hyperactive drums, create slivers of tension. Then the song cuts off, suddenly. Whatever he is feeling—mourning, buried anguish, simmering anger—goes unresolved.