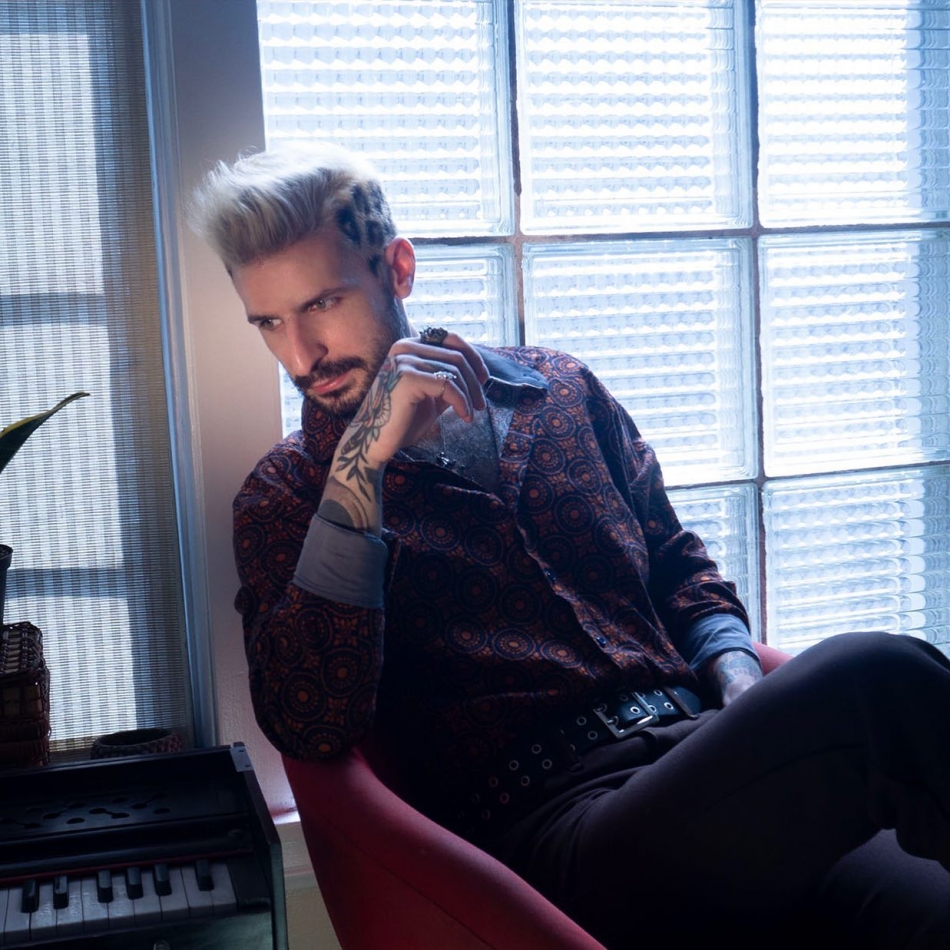 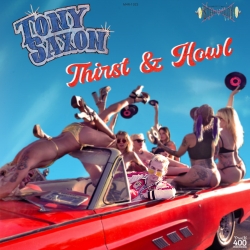 There's many ways you might have heard the name Tony Saxon. For one his father of the same name was a Las Vegas lounge singer who put out a bunch of 45's in the 70's and was said to even be the inspiration to Andy Kaufman behind his Tony Clifton character. Or if you lived in New Jersey not too long ago you may have heard of the guy who's three piece garage rock band launched McChicken's at the audience while playing a screamy tribute to the sandwhich. Possibly you heard of his solo work when he had an arena's worth of set up at a small bar to play crazy loop enhanced versions of songs like The Stooges "I Wanna Be Your Dog". Maybe you heard of Saxon for his exploits on the west coast with a handful of bands from The Eagles Of Death Metal to doomed Mexican tour with The Premonitions. You might even know Tony Saxon from his DJ'ing, insane knowledge of Rock N Roll history and sales of rare 45's. Could it be you were one of the purchasers of his limited edition 7" that sold out in a day that featured a long lost performance of James Carmichael's band with Tony taking over the lead vocals? There's even a rumor Saxon worked for a billionaire music icon for a short time. However you heard of Tony Saxon I'm sure it's a story you tell your friends and it was a legendary experience because this guy exudes fun.

From his early days touring the US with The Murder and The Harlot, a hardcore screamy band, until now there is a world of difference in the music. This man has transformed himself into an up and coming soul icon. His newest record is a mixture of covers and originals and covers meshed with originals that is so insane you have to hear it to believe it. It's like listening to a long lost record from the 1960's that everyone should know about. Saxon out of pure love meticulously recreated songs by groups with household names like The Drifters as well as lesser known songs by cult famous singers like transgender pioneer Jackie Shane, R&B femme fatale Cookie Jackson. This record is sure to be one of those records where you just add the whole thing to a playlist because it's too hard to pick just one amazing thing about it. For people who really know their music history meet the professor of your next lesson on what some of the most important music of the 1960's is that you might have missed. Saxon is a cultivator of fine things from the past, like that person who finds the diamond in the rough at an antique store but instead he's been digging in record bins and brings fans the stuff they may have never heard about.

The full album drops on November 25th 2022, but for now here is a taste of what you'll be getting: