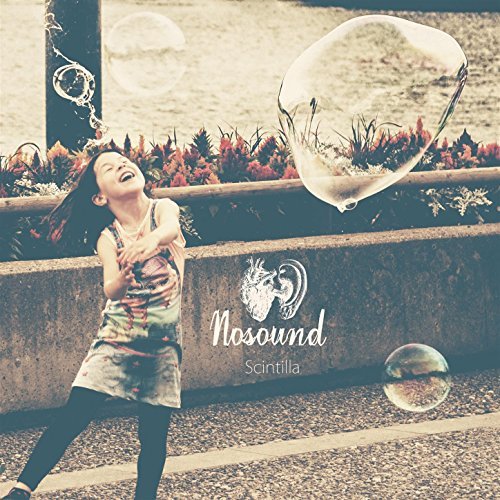 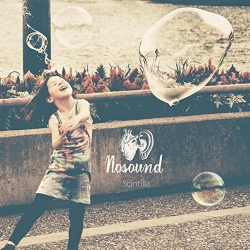 Like its predecessors, Scintilla exceeds being just a collection of songs; it’s a graceful, tender, and luscious work of art.

For the past decade or so, Italian art rock troupe Nosound has been crafting some of the most texturally rich and overwhelmingly poignant music in the field. Formed and still led by Giancarlo Erra, the group’s penchant for coupling understated sonic tapestries with dejected melodies and lyrics never fails to illicit sophisticated, gorgeous, and touching compositions; really, only a few modern acts, like Gazpacho, The Pineapple Thief, Steven Wilson, and Anathema, capture similar combinations as well (albeit in vastly different ways, of course). On their fifth studio record—and follow-up to 2013’s masterful Afterthoughts—Scintilla, Erra and company deliver another profound collection of elegant and emotional observations that’ll envelop you heart and soul in beautiful tragedy.

Speaking of Anathema, Scintilla features a guest appearance from lead singer Vincent Cavanagh, as well as from Italian singer Andrea Chimenti and cellist Marianne De Chastelaine (who “returns . . . in a more free-flowing and improvisational capacity”). Billed as a significant departure from the band’s previous “type of widescreen melancholia and wistful imagery,” and “inspired by personal upheaval and a desire for change,” the album continues to mix bits of shoegaze and post-rock to yield “a mostly organic and acoustic sound palette” that’s more restrained than its predecessors. In addition, Erra comments:

During a decade of activity, my listening tastes have shifted gradually towards a simpler, more direct music with an intimate character that still retains a certain richness and detail in sound. Northern folk and alt singer-songwriter music are possibly the stronger influences, but generally speaking, everything that is simple, direct and minimal but with rich sound is what I like, and what I hope this album is.

Opener “Short Story” embodies this new direction well, as there’s brevity in both its duration and arrangement. Initially, Erra sings slowly as equally patient guitar and piano notes, as well as keyboard swirls, surround him, but eventually stampeding percussion and backing vocals harvest a fuller environment. It’s a weighty introduction despite its modesty and shortness, and it demonstrates well how Nosound utilizes each note and timbre to have great impact. Like all of Scintilla¸ its complexity lies in its sentiments and ether, not its musicianship.

“Last Lunch” takes a more dynamic approach, with off-kilter yet fitting syncopation and lush tones complementing Erra’s outcries. It follows a fairly familiar path overall (which isn’t necessarily bad), and De Chastelaine’s cello croons provide a lovely layer during several key moments; also, the way Erra’s vocals are echoed behind frantic drumming and electronic bass notes near the end is quite effective. There’s a dreamer and more reflective quality to “Little Man,” as Erra narrates an ill-fated love story as interlocking keyboard patterns and pained acoustic guitar notes encompass him. Its first half sticks to this breezy vibe well, but things get more hectic halfway through, when more cello bellows soon introduce a swelling instrumental passage that dies off solemnly as the track ends.

A highlight of both Scintilla and Nosound’s entire discography, “In Celebration of Life” exemplifies everything that makes the band special. It builds brilliantly from an initial blend of guitar strums and celestial bells to incorporate mournful strings that help allude to the vocal melody still to come. Shortly thereafter, delicate percussion and electric guitar chords join the fray, providing the backdrop for a guitar pattern to enhance the emotion. As miraculous as it is thus far, it becomes exceptionally more powerful when Erra and Cavanagh harmonize on the piece’s one lyric: “In celebration of life / You just can’t see the abundance of love I have inside.” In this instant, Nosound creates a tidal wave of awe-inspiring heartache, which is enhanced even more by a roaring guitar solo that seems plucked from Anathema’s Weather Systems. Following this devastating crescendo, the composition melts away as cello and acoustic guitar strums leave you speechless.

In contrast, “Sogno e Incendio,” which was co-written by and features Chimenti, is more straightforward and romantic, as he takes center stage by singing in Italian over a subtle piano progression before situating his chorus within a more robust setting. He sounds utterly forlorn, too, which lends authenticity to his performance. From there, the song continues to grow as more elements appear, complete overlapping arpeggios and two guitar solos (a mellow one in the middle and a soaring one near the end). Erra returns for “Emily,” another character-driven story decorated by woeful strings, feisty syncopation, acoustic guitar warmth, and even some authoritative horns. It’s easily among the most discreetly impactful entries in the set.

“The Perfect Wife,” on the other hand, is one of the most aggressive and confrontational songs in the group’s catalogue. For the most part, it’s fittingly classical and reserved, yet Erra’s verses nonetheless house the betrayal that culminates in the explosive chorus, during which a hostile score encourages scornful laments (courtesy of Erra and Cavanagh) like “I wonder if you wake up at night / If guilt was even, for a moment, a feeling you had to fight.” Not only is this immensely commanding on its own, but the way the surrounding temperaments oscillate with elusive changes in intensity and instrumentation is ingenious.

The remaining three tracks—“Love is Forever,” “Evil Smile,” and “Scintilla”—are suitably refined and moving. The former is a brief piano ballad whose softness provides an interesting juxtaposition to its resentful lyricism (“This song is for all you liars / And that fucking smile on your face / That sparkle in your eyes / Blinding us from your demons inside”), while the penultimate piece is similarly cathartic but quicker and more occupied, with the pairing of thunderous drums and striking orchestration standing out most. As for the title track, its sparseness enhances its overwhelming sincerity. Like “Short Story,” it’s a patient journey comprised of morose vocals, piano notes, and guitar arpeggios. (There’s also some more cello, too, and it’s as substantial as ever.) What’s really interesting and effective about “Scintilla,” though, is its distorted foundation, which gives the entire arrangement an undercurrent of ceaseless dread. It’s often the only sound between Erra’s words (in other words, the rest of the instruments wait until he begins singing again to reappear), which is downright chilling. Near the end, the score transforms into a sunnier, more celebratory instrumental bursting with horns and marching syncopation, as if to signal a light at the end of the tunnel. If the preceding forty-five minutes or so revolved around heartbreak, loss, and isolation, this final path signals newfound optimism and life-affirmation. It’s breathtaking.

Like its predecessors, Scintilla exceeds being just a collection of songs; it’s a graceful, tender, and luscious work of art. Erra and company continue to unravel the hardships of life within a characteristic sense of elegance and earnesty unmatched by almost any of their peers, and the inclusion of the aforementioned guests gives the record more cherishable layers and variety. De Chastelaine and Chimenti steal the spotlight whenever they appear, and although Cavanagh never gets a solo moment, the inherent emotionality and authority of his voice allows it to shine even when it’s used only to complement Erra’s. Nosound may not go for the catchy hooks and/or astonishingly intricate and lengthy compositions of other progressive rock artists, but their concoctions of heartache and hope never cease to pinpoint the sorrows of the human condition with stylish splendor. In a way, that’s even more valuable.