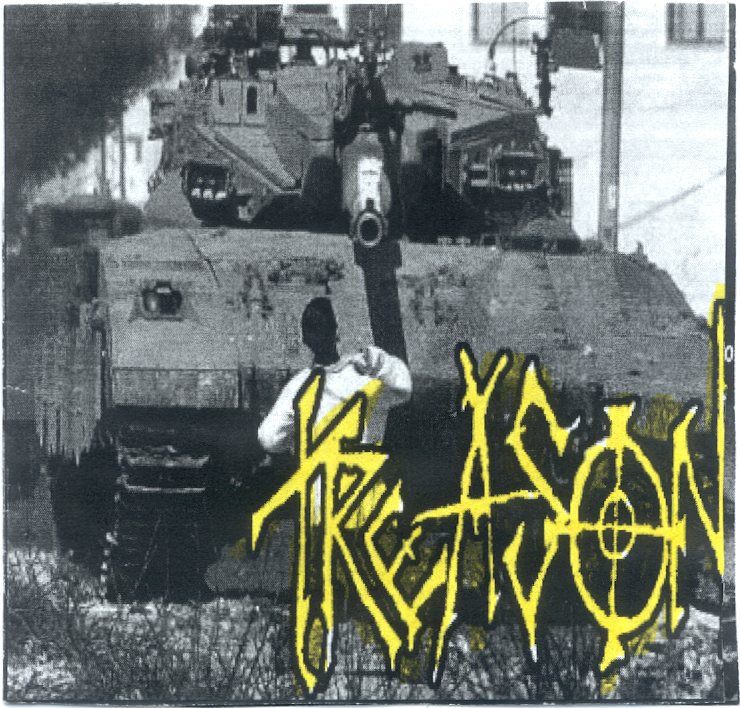 The disc opens with pure chaos ﾖ dissonant guitar noise and incoherent yelps ﾖ what better way to introduce Treason? Alongside the pummeling music, the lyrics are of note as well, as the foursome sing about important issues, which are mirrored in the song titles ﾖ "Protest with Violence", "Never Ending Struggle", which features lines like "So stand and fight or go away!", the infectious "Born in a Hole", and one of the real standouts, the self-explanatory "Shove Your Bomb Up Your Fuckin' Ass", which features dual vocals.

Treason is adept at using sarcasm to get their points across as well, as on "Wifebeater" and the riotous "Dirty Fucking Whore". But overall, their anthems can be seen as a means to insight social change and to spread their anarchic leanings. Just check out the repeated chants of "Just say no, just say no, just say no, to government!" that appear all throughout "Just Say No" where Jonathan dissociates himself with all institutions, and the aforementioned "Protest with Violence", on which the vocalist beckons, "Don't be a victim of political robbery!" and later pleads, "Overthrow all governments take back what belongs to us!" Powerful stuff.

Launch Off To War…