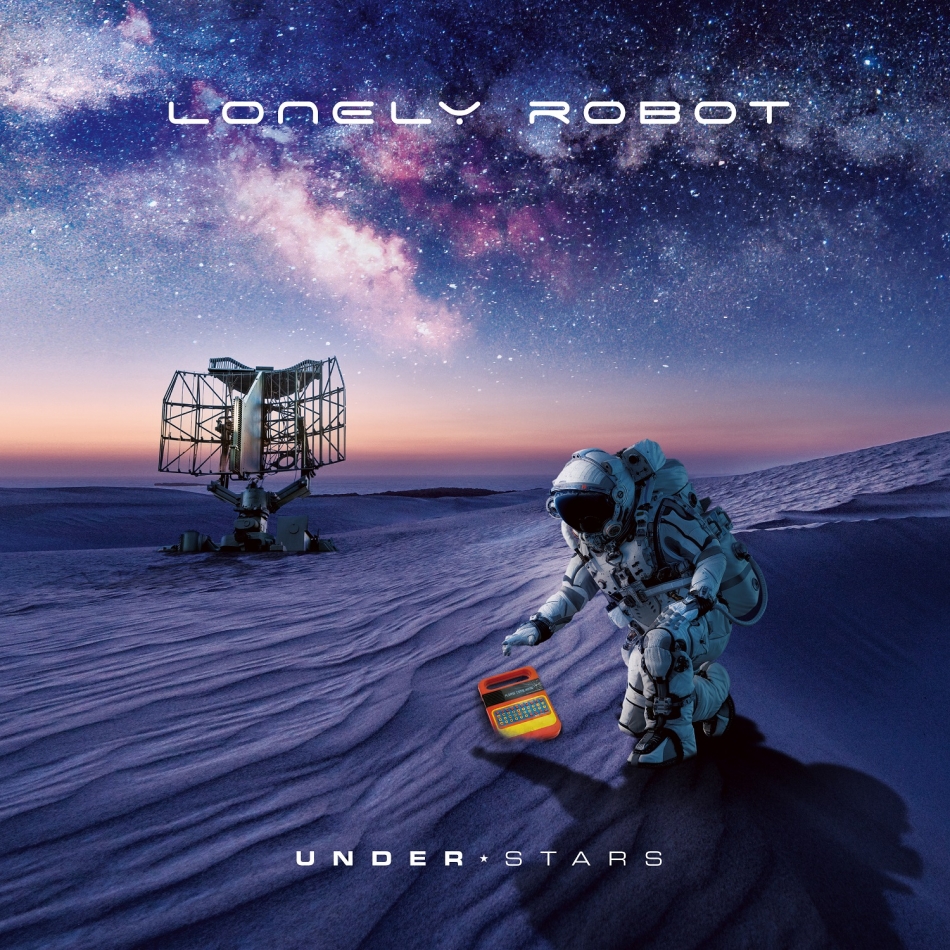 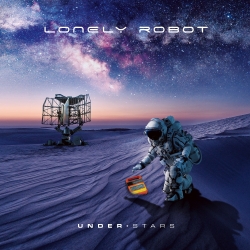 Under Stars doesn’t outright best its two forbearers—honestly, The Big Dream remains the best of the bunch—but it’s certainly on par with them because Mitchell and company continue to channel the same exceptional chemistry.

Although his characteristic songwriting and singing always make his projects feel aligned, there’s also something special about each of John Mitchell’s endeavors. Arguably the most cherishable and resonant of them all is Lonely Robot, a sort of solo pseudonym through which he can explore a central concept that places a sci-fi coating around an emotional and engaging humanistic core. The first two parts of the saga—2015’s Please Come Home and 2017’s The Big Dream—were each wonderfully realized sequences that also connected (via exquisite world-building) toward an impactful end. Luckily, that finale has arrived in the form of Under Stars, another touching, memorable, and vivacious outing that works as a satisfying and fitting finish to the trilogy.

Mitchell calls Under Stars “a natural conclusion,” adding that it centers on something he’s been critical of for a while (including in our 2017 interview): the detriments of social media and cell phones. He elucidates: “This time, things are a little more down to earth. What I’m doing is looking at the millennial generation, and the fact that kids today are so tied to their phones and to technology. They really have no clue what is actually going on around them, and I find that worrying.” Although he handles most of the instrumentation himself, Mitchell once again lets drummer Craig Blundell (Steven Wilson) aid him in bringing his vision to life; also on board is bassist Steve Vantsis (who plays in the live Lonely Robot band, so “it made sense to have him contribute”). Lastly, Mitchell clarifies that while the LP may not be the last we hear of Lonely Robot overall, it does indeed mark the full realization of his purpose with the protagonist, the Astronaut (who always served as “a metaphor for the condition of the human race”). Either way, Under Stars is a gratifying last glimpse into Mitchell’s poignant allegory.

As with its predecessors, the collection begins with a haunting instrumental. True to its name, the relatively sparse “Terminal Earth” conveys a sense of celestial resolution in its blend of radio static, otherworldly tones, oscillating electronic rudiments, and starry note mountings. It’s easily the most unassuming of the three Lonely Robot starters, yet it works perfectly as an invitation to jump aboard this last act. Elsewhere, the title track is similarly peaceful (except for a guitar solo) and very luscious, allowing Mitchell’s gentle proclamations to soothe and situate, while “The Signal” envelops you in a captivatingly carnivalistic lullaby of pensive narration, extraterrestrial effects, and periodic militaristic percussion. Near the end, “How Bright is the Sun?” comes as a gorgeously meditative composition with one of the most engrossing choruses in the entire Lonely Robot catalog. Unsurprisingly—yet still awe-inspiringly— “An Ending” recalls the central motif of the series (“Please come home, lonely robot / Your heart is beautiful, programmed to receive”) in the midst of a cushiony piano ballad blanketed by cosmic swirls. It’s modest and predictable, yes, but it’s the only satisfying way Mitchell could’ve done it, and even the most hardened listeners will be moved.

Outside of those gentler inclusions, Under Stars packs quite a punch most of the time. For instance, “Ancient Ascendant” finds Mitchell’s vigorous vocals spiraling over an ebb and flow of raucous syncopation, antagonistic keyboard and guitar riffs, high-pitched chimes, and moody backdrops. Afterward, “Icarus” (which regards “a group of astronauts who set off on a [suicide] mission to reignite the dying sun”) utilizes programmed beats and overlapping heavy synths to create bittersweet sci-fi magnificence. In contrast, “Authorship of Our Lives” partially places atmospheric tenderness around a space rock soul—including some impressively impassioned declarations—before “The Only Time I Don’t Belong is Now” and “When Gravity Fails” mesmerize with comparatively changeable and dense scores that border on progressive metal aggression. Another instrumental, “Inside This Machine” stampedes with intergalactic peculiarity and biting guitarwork to convey dynamic urgency before the aforementioned “An Ending” offers enduring pacification.

Under Stars doesn’t outright best its two forbearers—honestly, The Big Dream remains the best of the bunch, if by a hair—but it’s certainly on par with them because Mitchell and company continue to channel the same exceptional chemistry. In terms of songwriting, arrangements, lyrics, and vocals, Under Stars contains some of Lonely Robot’s best moments, cementing the project as one of the best multi-album chronicles in the genre. No matter where Mitchell takes it from here, there’s little doubt that it won’t be absolutely stellar.