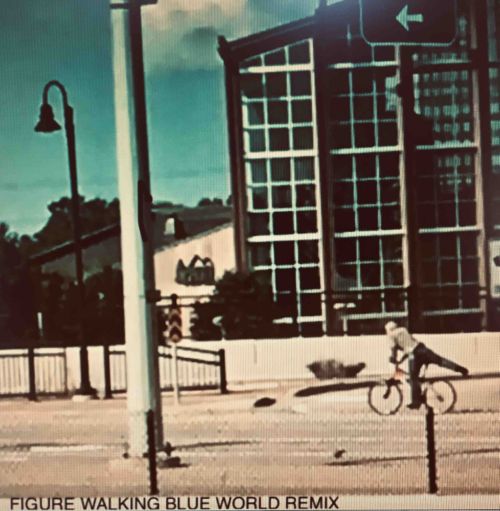 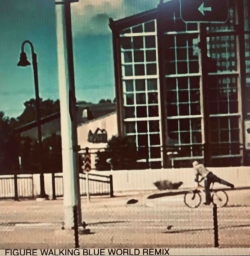 Canada is currently experiencing a resurgence of indie rock bands on all coastlines. In nearly every province of the country there are dozens, if not hundreds, of acts plying their musical wares via Bandcamp, Spotify, and/or SoundCloud.

From Manitoba (namely that province’s capital of Winnipeg) comes the independent pop-rock duo named Figure Walking. Their track “Blue World”, which originally appeared on the band’s debut album The Big Other, recently got the remix treatment from two other artists working in collaboration with each other.

Philadelphian (and Lynchian) Brian Eno and Talk Talk-inspired Tulipomania are joined by producer Richard Hartline on a transformative remix of “Blue World”. Their light touch gives the number a summertime anthem vibe that radiates belief and hope (which is sorely needed in this world of ours).

MacPherson comments on the newly-spun track, enthusing, “I love to imagine the world through the murky, silver-on-the-ocean-floor filter that is Tulipomania's music. This remix of “Blue World” is astonishing for us, like watching an eclipse with welder's goggles and discovering the sun for the first time. The Hartline-Tulipomania remix of “Blue World” is a gift to us, like seeing our city anew from the slow rise and ominous drift of a beautiful weather balloon at sunset.”

Well known for their lyrics that explore social issues and demanding justice, the vivid imagery of this new single is marked with reflective power, layers of moving, choir-like backing vocals, and a steady, train-like drum beat.

Figure Walking makes music that runs the gamut of emotions - from celebration and uplift to anger and revolt, all tied together with the idea of the possibilities in life. Their sound is innovative and worldly, but also deeply rooted in the history of the city of Winnipeg.

The Big Other is a 10-song trip across cultures, communities, ideologies, and relationships. Recorded by Cam Loeppky, the LP was released in April 2017 and was short-listed for the Polaris Music Prize.

As for musical collaborators Tulipomania, Cheryl Gelover of that band reveals, “We were really inspired by the song “Blue World”, Figure Walking's bittersweet anthem informed by intelligent angst, and we're honored to have been allowed to contribute to this uplifting cri de coeur.”

“Blue World Remix) is out now via Disintegration Records. Figure Walking will be releasing their new album vertical/horizontal later this summer. In the meantime, you can also check out the band’s debut EP via Bandcamp at: https://disintegrationrecords.bandcamp.com