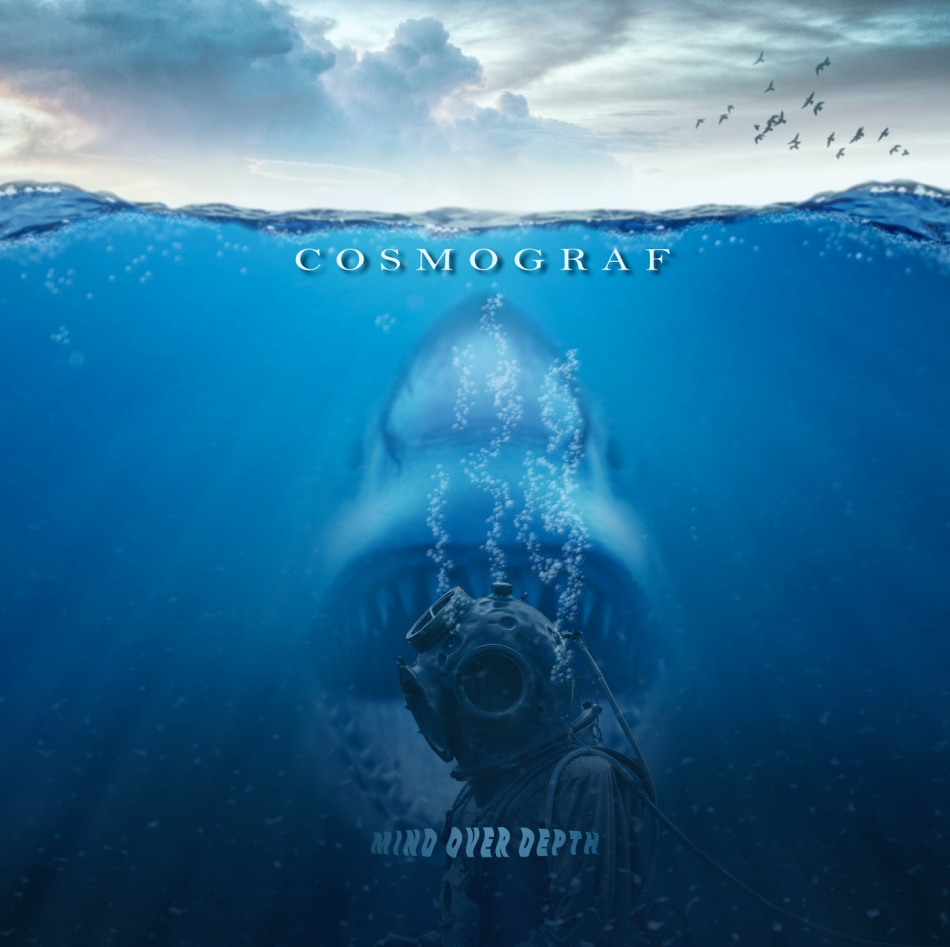 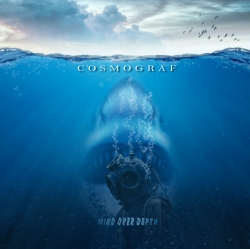 Mind Over Depth doesn’t necessarily surpass its immediate predecessors, but it unquestionably earns a spot alongside them by sustaining the beloved and precious Cosmograf formula amongst some truly individualized and cherishable touches.

Influenced by icons like Pink Floyd, Genesis, Radiohead, and Yes, Cosmograf—the mostly DIY project of English virtuoso Robin Armstrong—has always been a wonderfully reliable, prolific, and characteristic project. In fact, it’s fair to say that his work consistently ranks amongst the top echelon of modern progressive rock releases, and unsurprisingly, his latest outing, Mind Over Depth, continues that stride. Arguably less wide-ranging—yet more unified as a result—than past triumphs like 2016’s The Unreasonable Silence and 2017’s The Hay-Man Dreams, this seventh studio effort undoubtedly satisfies as yet another illustration of what makes Armstrong such a singular creator within the genre.

Armstrong always employs the skills of outside peers to bring his visions to life, and Mind Over Depth is no exception. Joining him on the journey are bassist Colin Edwin (ex-Porcupine Tree, O.R.k.) and drummer Kyle Fenton. As Armstrong reports in the official press release, this outing differs from previous ones in that it’s “not really a full concept album in the sense of there being a narrative or story. It does however have a strong overall theme linking each song.” He elaborates:

Everything going on in our minds - every thought, feeling, sensation, everything we are aware of - is in fact happening only in our private internal worlds. Our reality is defined by the attention we give to these thoughts and the negative ones can inevitably lead to us feeling out of our depth . . . Mind Over Depth is characteristically introspective and allegorical like much of my work, but this record is much heavier than my previous albums with influences that draw from modern progressive metal, electronica and classic heavy metal.

Indeed, the immensely catchy opener, “A Million Choices,” sets the stage with a foreboding electronic atmosphere beneath its gothic spoken word confessional (which, to be honest, immediately evokes the start of Riverside’s superlative Second Life Syndrome). Both that initial admission and the subsequent verses (such as “In dark corners of your mind / Broken thoughts, emotion crime / Tell you what you fail to hear / Reinforce the ugly fear / Make the truth become a lie”) find Armstrong capturing the essence of depression, anxiety, and more specifically, imposter syndrome with effectively urgent declarations and harmonies. Frantic guitar riffs and percussion decorate every word, and the midsection instrumental—featuring more voiceovers and increased use of keyboard coatings—is quite mesmerizing. Of course, Armstrong’s guitar solo near the end is quite suitable as well, recalling David Gilmour in its prolonged passion.

Afterward, each of the following four ventures offers something special and unique while also seeming quite cohesive within the sequence. For instance, “Godspeed” begins by channeling the bleak patience of Led Zeppelin’s “No Quarter” before exploding in an array of dissonant effects, aggressive instrumentation, and some of Armstrong’s most expansive and laudable singing to date. It’s very dynamic, emotional, and mesmerizing, and fortunately, the subsequent “The Smoke and the Flame” presents a sparser, more acoustic and majestic juxtaposition while also continuing that in-your-face foundation. As for the penultimate “Sharks,” its deviations into symphonic sorrow and piano-led asides in-between the frenzy make it strikingly ambitious, moving, and multifaceted, leading to some of the most breathtaking passages in Cosmograf’s catalog. Naturally, “Goodbye to All Illusions” brings Mind Over Depth full circle by modulating and reprising aspects of “A Million Choices” (such as the gruff descriptions) amidst its prophetic ethereal loops, spacey metal core (think: IQ meets Fates Warning), and heated catharses (“But your light won’t stop from shining / And I can’t stop from crying / Turn off the light”). It’s easily one of Armstrong’s most evocative and powerful full-length conclusions.

Mind Over Depth doesn’t necessarily surpass its closest predecessors, but it unquestionably earns a spot alongside them by sustaining the beloved and precious Cosmograf formula amongst some truly individualized and cherishable touches. In other words, the LP surely has its own identity while also being at home as a piece within Armstrong’s larger artistic puzzle. Those distinctions, coupled with some of his most impressive vocals and gorgeously affective scores to date, make it another essential victory.