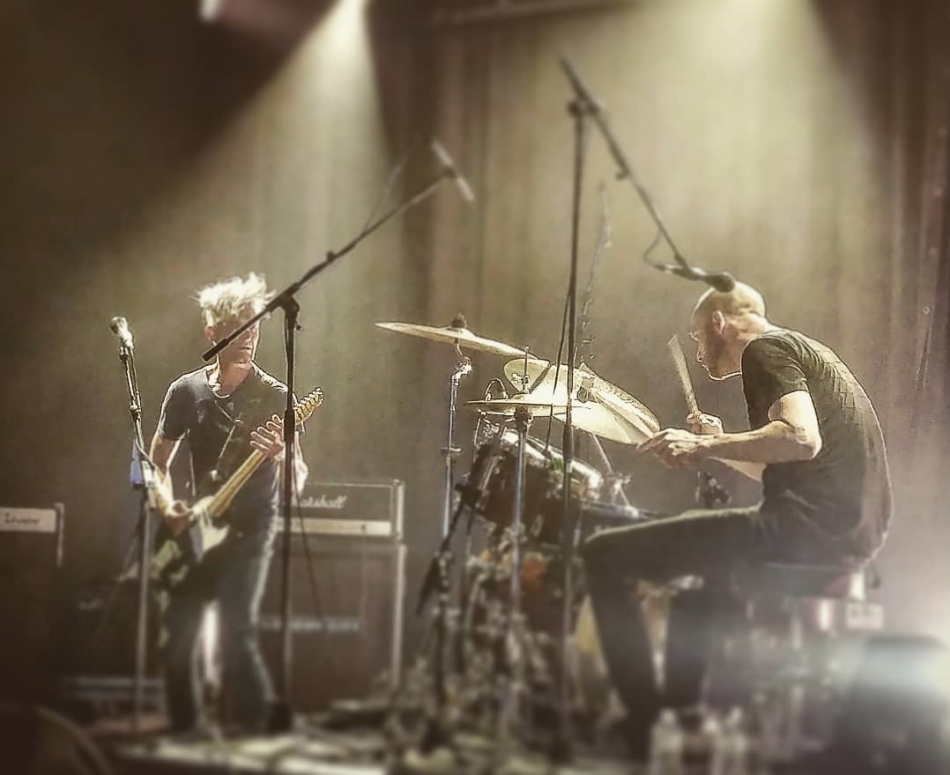 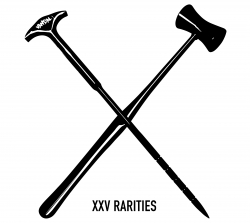 The band’s volume knob goes only one direction.

Vandal X’s noise-rock sound has moved over the last decade from angular punk and metal influences toward sludge and doom, away from bands like The Jesus Lizard and Helmet but still near to Unsane. Now the Belgian band, which formed around 1995, celebrates its career with a best-of album, XXV, accompanied by a compilation of rarities.

The band is a twosome of volume masochists dishing noise-rock fans all they can handle and more. Bart Timmermans is the original singer and guitarist, and Dave Schroyen took over the drum kit in 1999 after the original drummer, Jo Boes, left.

XXV starts with “Fuck ‘m All”—feedback feeds into riffs that punch through the wall. The scream-shout chorus “Fuck ‘em all!” burns through the mic connection. First songs are often statements, and this is a fine one. Drums on “Jacobs Wife” pop with syncopation as the guitar plays a guileless riff that turns out to be a great contrast to the song’s big bass-drum kicks.

On “All Lined Up,” the snare drum cracks out the bars and goes full bore into the chorus, where layered vocals seethe out “All lined up against the fuckin’ wall!” with the barking guitar’s tone buried in the low- and mid-range. XXV has 13 songs, and the last third or so sound more like sludge metal—maybe none more so than “Patient Zero.” The vocal is deeper, the guitar tone has a fuller, more present buzz, and the drums sound gauche. Next to the earlier, faster-paced songs, though, this final stretch drags.

The pandemic delayed the release of XXV, but the band has assured its audience that the best-of will finally come out December 10 (via 9000 Records). It will be offered in a limited-edition white vinyl (remixed and remastered) with a CD of previously unreleased demos, live recordings, and rarities from the band’s “archives.”