Where the bees come to die EP 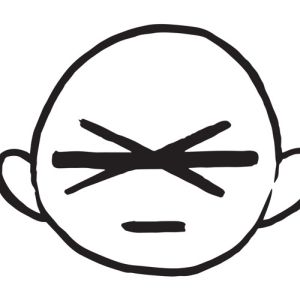 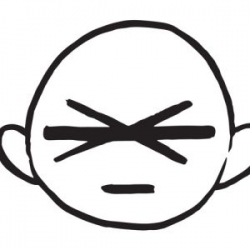 Album Review
Boy from the crowd
Reviewed by Jen Dan

Vinny Piana and Vegas Ivy of London-based alt-rock/punk duo Boy from the crowd deliver raw and bruising rock on their debut EP.

The London-based alt-rock duo Boy from the crowd incorporates a spirited punk rock attitude and blues-influenced sonics into its foundation of solid rock ‘n’ roll.  Vinny Piana (vocals, guitars, bass, keyboards) and Vegas Ivy (drums, percussion) released their 5-track debut EP, titled Where the bees come to die, this past December on Public Pressure Records.  The EP was recorded at Maako Studio in London and Piana produced all of its songs.

Through strong word of mouth, intense gigs, and positive reviews, Boy from the crowd is making itself known – and standing out from the crowd.  Lead single and EP opener “Revelator” is a call to arms,  at once loose and coiled, shaking with pent up rhythmic energy that is unleashed in short bursts of distorted guitar burn.  Piana overlaps his exclaimed vocals with spoken phrases while picking out a brightly casual blues line on his guitar.  Smoky sax blows in midway through the up-tempo tune, then fades out for a brief lull before returning at full strength with a conflagration of pumped out drum beats, both low-slung and high-strung guitar lines, and Piana’s wailing vocals.

The ‘Single Edit’ of “All I Need” follows, which is also the second cut released from the EP.  On it, Piana and Ivy go on a journey fraught with a searching unrest.  Piana lays down a heavy, grungy slab of guitar-work for the intro, before that slides into Ivy’s measured drum beat and Piana’s crunchy electric guitar licks.  Piana sing-talks and then cries out with throat-shredding howls that “I will never find my way back home.” amid the tense agitation of a thick and quickly reverberating guitar chord.  His raw emotion and aggressive vocal delivery strike a disquieting nerve as he confesses that “I’ll roam endlessly to find love.”

The full version of “All I Need” is placed 4th on the EP and it adds around 2 minutes to the Edit, including a break consisting of wavering stabs of organ.  In this interlude Piana declares that “We’re all so small beneath the sky.” and seemingly inconsequential in the grand scheme of things.  Yet to each of us, our personal troubles seem mountain-size and very important.  Piana and Ivy continue down “The Road”, blasting out a tuneful blend of sing-along melodies and potent electric guitar scramble, pushed organ notes, supple bass line, and kinetic drum-work.

The duo get downright mellow on the instrumental EP-ender “Where The Bees Come To Die”, treading with a steady drum-based pace, alternating between a laid-back, mellifluous guitar line and softer cymbal hits and more vibrant passages accented with keyboard frisson and forceful guitar lines.  The guitar takes over as the ‘voice’ of the piece as it swerves and cycles around the drums, bass line, and keyboard notes.  This final resting place is much calmer and more even-keeled than the roiling emotions and sonics of the previous songs and shows off another side of Boy from the crowd.

Back On My Wall