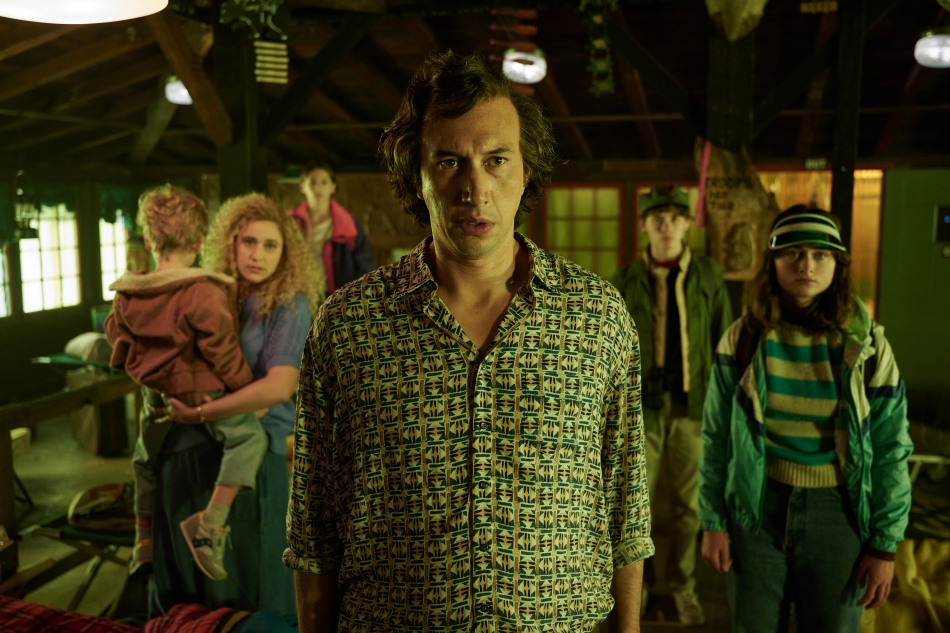 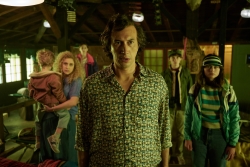 An expert on tackling human emotions and character development, Noah Baumbach’s latest extracts plot and profound ideas from author Don Delillo’s pages onto film. Written in 1985, Delillo’s postmodern dystopian satire White Noise has been attempted to be transcripted by directors multiple times over. Baumbach’s version includes Adam Driver and Greta Gerwig as Jack Gladney and Babette, a couple on their fourth marriage (complete with four children), facing a catastrophic event in their quiet college town leading them to spiral down an existential crisis of environmental disaster, consumerist culture and the inevitability of death.

A professor of Hitler Studies at what’s referred to as The-College-on-the-Hill, Jack waxes poetic about the history of Adolf to his undergraduate students yet feels embarrassment at the fact that his knowledge of the German language is slim to none. His wife Babette teaches Life Studies to the elderly and is recognized as a mildly joyful and easy-going presence in their bustling household with their eldest son Heinrich (Sam Nivola), daughters Steffie (May Nivola) and Denise (Raffey Cassidy) and their youngest Wilder (played by twins Henry and Dean Moore), all but the latter constantly throwing random facts and pervasive questions around like a walking talking Wikipedia. Their family dynamic is quietly chaotic and with what feels like dialogue taken straight out of Delillo’s novel, the conversations turn grating and disorienting sooner rather than later. “Say more”, says one of their middle children to contribute to conversation, something that feels more likely to come out of a conventional middle aged therapist’s mouth than that of an adolescent.

A not-so-distant cousin of our recent COVID pandemic, White Noise’s environmental blow comes in the shape of a “black billowing cloud”, shortly thereafter becoming known as The Airborne Toxic Event. Forcing a mass evacuation of the town, the crisis instills fear, confusion and denial within the collective group. With quickly changing symptoms like nausea and déjà vu, the immediate family members deal with the unknown in their own unique fashion. When it’s suspected that Babette is taking pills from a bottle simply marked as Dylar, Jack is determined to get to the bottom of the where’s, why’s and how’s after noticing his wife’s memory lapses and general complacency and saddened attitude towards life. “The more technology advances, the more scared I get”, admits Babette in the middle act of Baumbach’s divided three-part adaptation.

A novel ahead of its time, White Noise succeeds in predicting much of what’s to come since the 37 years that have passed from its original print date. Unfortunately the believability and depth of Baumbach’s translation fares lifeless with what feels like too much literal carryover from Delillo’s work. With sentiments like, “that was just saliva I didn’t know what to do with” after Jack asks his wife what it is she’s swallowing, the film’s characters come across as borderline obnoxious (or perhaps it’s the potential dry humor in dialogue that falls flat). Regardless, for Baumbach advocates that praise his mastery when it comes to his portrayal of heartfelt and charismatic characters, you may want to look elsewhere.