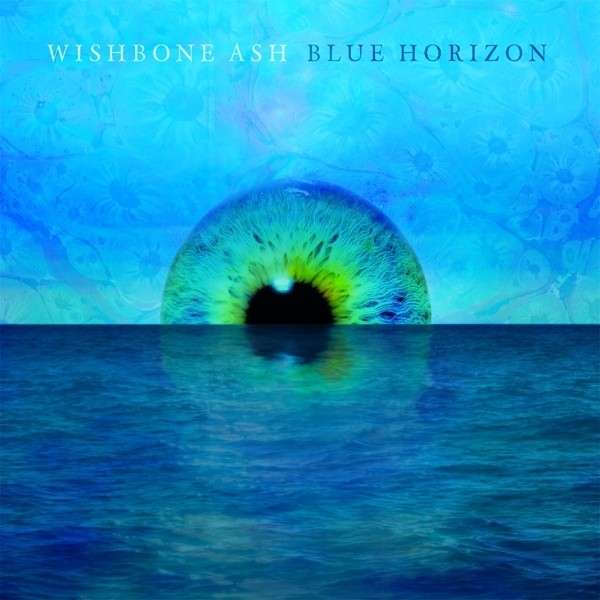 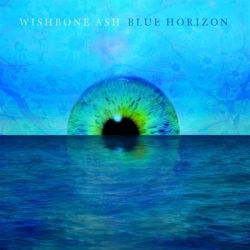 Blue Horizon contains just the right balance of focused songwriting and eccentric playing to make it instantly accessible and enticing while also adding enough innovation and stratums to satisfy the expectations of your typical prog rock fan.

There aren’t many rock bands whose legacies are as strong as that of Wishbone Ash, and just as few have the same amounts of longevity and passion decades into their careers (if they even make it that far, of course). Formed forty-five years ago in Devon, United Kingdom, Wishbone Ash is one of the longest running rock outfits around, and for good reason. Having established themselves as a dominant force in the heavy prog realm with classics like Pilgrimage and Argus, as well as helped pioneer the twin lead guitar dynamic, the quartet has been producing solid work regularly since its inception. Fortunately, their newest release, Blue Horizon, earns its place in the fold. Its refined production, confident yet reserved arrangements, and memorable songwriting demonstrate the chemistry of an exceptionally seasoned and polished group.

Naturally, Wishbone Ash has faced some line-up changes and disputes over the years, with guitarist/vocalist Andy Powell still reigning as the only original member. Nevertheless, Powell and the other three members (guitarist/vocalist Muddy Manninen, drummer Joe Crabtree, and bassist Bob Skeat) perform with relaxed professionalism, as if they’re more interested in providing a carefree melodic vibe than in proving their [already established] credentials. Blue Horizon marks the third album for Wishbone Ash in its current form (as well as the twenty-fifth record since its inception in 1969). They’ve no doubt created more technically impressive and ambitious work than this one, but that doesn’t mean that Blue Horizon is any less enjoyable. On the contrary, it’s very catchy, fun, and enticing while also implementing just enough virtuosic moments to be musically striking.

For example, “Take It Back” is among the more dramatic and dense offerings, which makes it a great choice for an opener. A mournful atmosphere conveys a grave vibe before a colorful and affective riff is mirrored on guitar and bass. Crabtree does a nice job of enhancing the serious undertone without becoming overbearing, and the track’s melodies and harmonies are simple but engaging. There’s also a nice jam about two-thirds in, with screeching guitar and aggressive rhythms blending into a slightly psychedelic tone. Overall, the track, like all of Blue Horizon, shares some traits with genre legends like IQ, The Flower Kings, and Eloy. It’s a fantastic introduction to the record.

“Deep Blue,” as you might guess, is more bluesy and ballsy, with a trace of polite antagonism; in fact, it wouldn’t feel out of place on an early Crack the Sky LP. On the other hand, “Strange How Things Come Back Around” is more spacious and jazzy, with a unique guitar timbre that helps give it a clear identity. It also contains some nice dynamic shifts, keeping listeners on their toes. “Being One” spices things up with its complexity (It’s mostly an instrumental showcase for pristine instrumentation), as if to demonstrate that these guys can still play their asses off.

There’s a definite bar scene vibe to the straightforward construction of “Mary Jane” (which isn’t necessarily a bad thing), down to the fiery solo near the end. “American Century” ups the ante significantly with some percussive tricks and general intricacy, complete with subtle falsetto harmonies. It’s easily one of the most multifaceted and fascinating pieces on the record. As for the title track, it’s a downbeat number with lovely six-stringed crunchiness throughout, while album closer “All There Is to Say” is arguably the most bombastic, layered, and intriguing selection here, for it includes a wide array of tones that mix together exquisitely. It feels a bit like something Jethro Tull would’ve done at the height of its brilliance (except this veers towards hard rock more than it does folk rock).

Blue Horizon is a great record, plain and simple. Wishbone Ash has crafted another commendable collection of solid songs that contain just the right balance of focused songwriting and eccentric playing to make it instantly accessible and enticing while also adding enough innovation and stratums to satisfy the expectations of your typical prog rock fan. Best of it, the full-length oozes with the assurance and grace of a band that knows exactly what makes its formula work. All in all, Blue Horizon should appeal to just about anyone, so don’t hesitate to check it out.