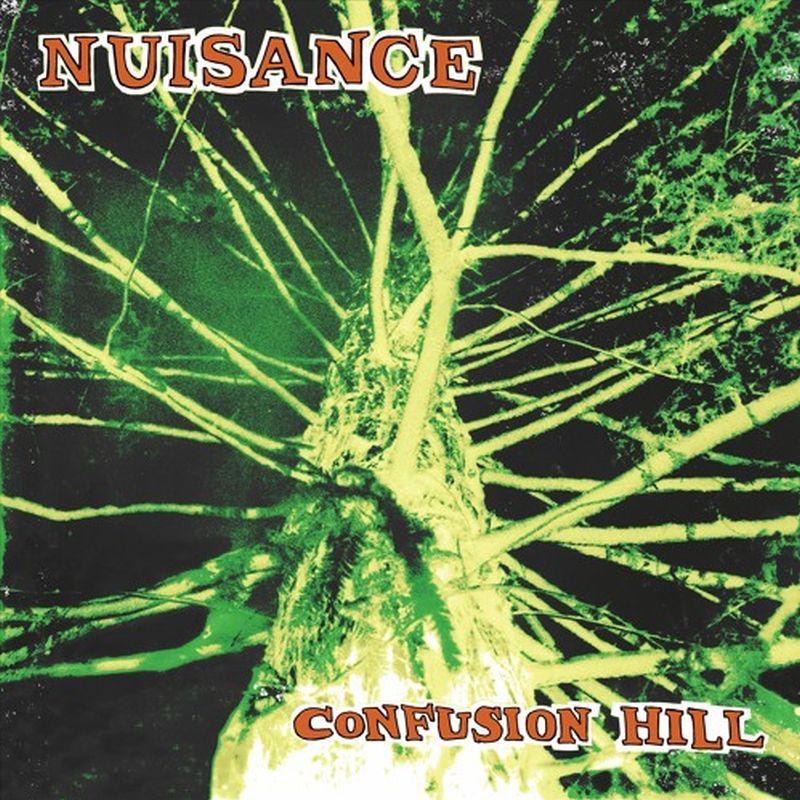 The Northern California cow-punk/grunge outfit remix their dynamic and emotive LP, originally out via Lookout! Records in 1991.

Hailing from Humbolt County in Northern California, cow-punk/grunge band Nuisance were one of the acts that rode the wave of Lookout! Records’ popularity in the 1990s.

While Green Day and Operation Ivy made a big splash with their boisterous tracks, Nuisance never really broke through the surface to mainstream fame. Their music on the whole incorporates various genres; not only grunge sonics and punk spirit, but also alt-rock, country, and blues.

Nuisance’s debut album, Confusion Hill, which came out in 1991 via Lookout!, sees release thirty years since its original drop as a reissue via Lavasocks Records.

The LP has been remixed from the multi-track tapes and is presented as Nuisance’s band members want it to be remembered in all its vibrant, tumultuous, and heartfelt cow-punk and grunge/alt-rock glory.

Band member Kiley Henner relates, “Never would have imagined there would still be interest in a record three scrappy kids from Humboldt County made 30 years ago. We didn't know much about making records back then. It's humbling to realize we somehow managed to get songs down on tape that still resonate after all this time.”

“The remix of Confusion Hill  captures  the sound we had in our heads when we originally recorded these songs. We're excited for this record to have a second life and hope it allows a few of us to revisit those Northern California early ‘90s punk rock days.”

Album-opener “The Carpet” is a dynamic swirl of shining guitar fire, shadowy bass line, regretful vocal angst, and highly active drumwork that at times stops on a dime.

“Broken Van” is a gritty and regretful lament for their broke-down mode of transport. Anyone who’s a touring musician will feel their pain!

The grungy and lively antics of the first few tracks give way to a more relaxed country-blues pace on the twangy and copacetic anthem “Roll Another Number.”

“Meltdown” is a churning alt-rock tune that moves from a speedy guitar-driven spin cycle to a more mellow flow, but always filled with rueful vocals that reference the lyrics of first track “The Carpet” about wanting “to be left alone.”

Nostalgia for the supposed good old days wends its way through the lyrics of “Guitar Joe,” while grappling with present challenges is tackled on the grinder “Worst of Luck.”