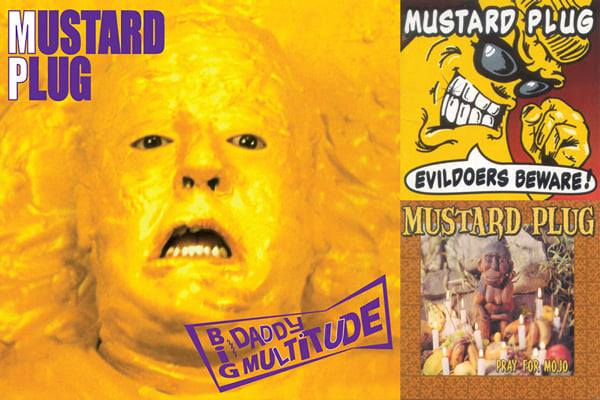 Mustard Plug started out in 1991, in the punk clubs, basements and dive bars of the Midwest, playing punk-influenced ska music before most people in the U.S. had ever heard of ska. They clung to a DIY work ethic that had been ingrained in them growing up in the 1980s hardcore punk scene and applied it to everything they would ever do together as a band. Mustard Plug released their first cassette tape themselves (1992′s Skapocalypse Now!), and played constantly to earn enough money to record their first album – 1994′s Big Daddy Multitude. Their debut full length was distributed by legendary NYC Ska label Moon Records.  With their new found national distribution and exposure, the band was given the opportunity to hit the road and tour through the United States to the grassroots, underground ska scene.   The band continued to tour and the album continued to sell, both on the road and in indie record stores.  Within a couple years it had sold over 15,000 copies, an impressive feat for a DIY band without professional management or publicity. As the band continued touring and writing, the U.S. ska scene began to explode in the mainstream media and pop charts.   Mustard Plug would release their next 4 albums on fledgling LA indie punk label, Hopeless Records and sold over 150,000 copies of their next album, Evildoers Beware.

But it was Big Daddy Multitude that started them on their trajectory, and for many diehard fans, will always be a favorite album.    In many ways Big Daddy Multitude was their most experimental album, and certainly their most light hearted.  At the time of writing and recording, the band’s only sense of obligation was to themselves and their core group of friends and fans in the Midwest.  Commercial success was such an abstraction that the band had the kind of complete freedom to expand on any song idea or concept no matter how absurd or obscure, brilliant or ridiculous.   The results were a collection of songs that emphasized the band’s pop sensibilities and carefree sense of humor.

The new, double vinyl release of Big Daddy Multitude documents the entire album plus 4 songs recorded 2 years later, before the release of Evildoers Beware, plus 4 more unreleased songs from their original cassette, Skapocalypse Now!   The gatefold jacket features both original cover art, plus rare photos that haven’t been seen in over 25 years.  Throw it on the turntable and take a trip back to a time of youthful energy, a carefree perspective and some of the most fun, danceable, pop ska ever put on wax. 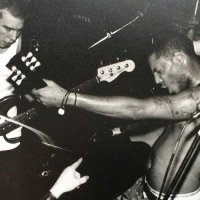 Kickstarter campaign for Ska in the ‘90s documentary 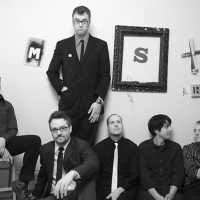