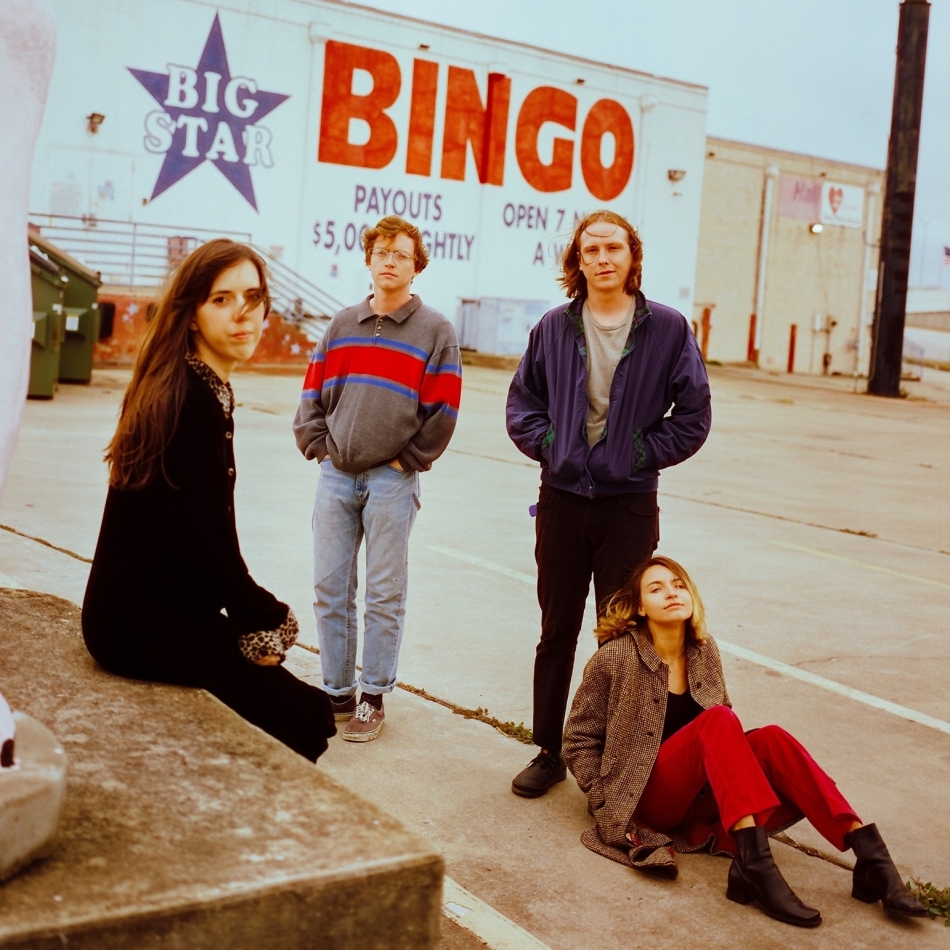 Creating meditative self-reflection in the midst of decay, Brooklyn’s SAVAK are releasing their fourth LP today via Ernest Jenning Record Co. Formed in 2015 with core members Sohrab Habibion, Michael Jaworski and Matt Schulz (of The Obits, Holy Fuck, Nation of Ulysses and The Cops), the trio walk a fine balance of political contraries in their latest record, Rotting Teeth in the Horse’s Mouth — optimism versus pessimism, hope versus despair resonate throughout tracks like “Listening” and “What Is Compassion?”. In their single and official video for “Vis-A-Vis”, the band breathe warmth into New York’s unwelcoming winter weather as they unfurl post-punk rhythms and unleashed spirit. You can order one of 350 limited edition copies of Rotting Teeth in the Horse’s Mouth on white vinyl here.

Stepping into a musical decade outside of this realm, Oakland act Once and Future Band conducts an amalgamation of genres in their sophomore album, Deleted Scenes. Released off co-founder John Dwyer’s Castle Face Records today, vocalist/keyboardist/guitarist Joel Robinow, bassist/guitarist Eli Eckert and drummer Raj Ojha stake inspiration from Brian Wilson and E.L.O., while concocting a musical recipe entirely their own. Drifting over mesmerizing and sacred landscapes in Mungo National Park, lead and opening single “Andromeda” was crafted by a line from a Beatles’ track, “will I wait this lonely lifetime”, a longing fantasy about finding one’s soulmate in our vast world. “Freaks” is yet another lens into relationships that took place after an argument with a past girlfriend concerning the emotional weight that pride carries and the realization that ownership of a person is ultimately non-existent. The record concludes with “The End and the Beginning”, a nine minute instrumental voyage that demands sinking into and revisiting. Deleted Scenes is available for purchase on their Bandcamp page.

Assertion embodied in poise is Why Bonnie’s strong suit, and is especially immediate in their April 10th release for Voice Box. Debuting their EP on Fat Possum Records, the Austin based quartet is comprised of long time friends and vocalist/lyricist Blair Howerton, keyboardist Kendall Powell, guitarist Sam Houdek and Chance Williams on bass, the members criss-crossing between the east coast and Texas to co-tour with the likes of Snail Mail, Beach Fossils and the unfortunate cancellation of their spring tour with Kevin Krauter in light of COVID-19. The record’s five tracks draw from lush dream-pop melodies in EP’s self-titled “Voice Box” to propulsive guitar-driven beats in “Athlete”. “It encapsulates a disconnect between my inner and outer world, and not being able to express myself authentically because of that”, states Howerton. “But, ultimately knowing I will crash and burn if I don’t.” You can purchase Voice Box in physical form in forest green vinyl as well as CD and cassette here.

Combining minimalist experimentation and psychedelic sonic assaults, Sei Still’s self titled full length debut is chock-full of hypnotizing drones. Hailing from Mexico City, the five piece has gained notoriety in their hometown and have since relocated to Germany and have shared stages with the likes of Stereolab, Kikagaku Moyo and Lorelle Meets the Obsolete. Harnessing inspiration from infamous kraut-rock acts Can and NEU! as well as road films and Tarkovsky’s Stalker, Sei Still’s all encompassing aesthetic signals constant fluctuation and movement, much like the idea of life itself. With the aid of Hugo Quezada who they describe as “an icon from the Mexican underground scene and a true synthesizer aficionado”, standout tracks like “El Camino” and “Televisión” draw their listeners into cosmic and visionary spheres that clutch the senses. You can purchase their LP via London-based imprint Fuzz Club.