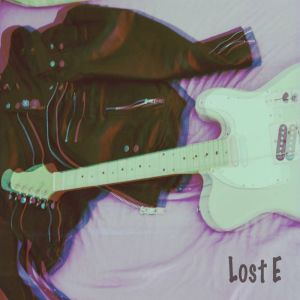 The amped up and tuneful Italian/Icelandic alt-rock/noise-rock trio My Cruel Goro has struck again with its latest single “Lost E”, an aurally appetizing taster from the band’s sophomore release which is expected to drop soon.  Last August Andrea Maraschi (vocals, guitars, programming), Andrea Marcellini (bass), and Tommaso Adanti (drums) delivered their dynamically impassioned debut self-titled EP to glowing acclaim and “Lost E” doesn’t lose a step, as gritty guitar distortion, roiling bass line, and a kicky drum beat with smashed cymbals rock out from the start.  Maraschi exclaims in a straightforward manner against the driving pace and sonic agitation, where the verses and chorus converge, declaring that’s he’s “…waiting to shine out tonight…” – and that’s exactly what this track does.

The long-defunct San Francisco-based punk/indie-rock band Deep Throats has finally been able to deliver its last album, Good Bad Pretty, which was recorded 15 years ago.  The album was released February 26th on Castle Face Records and it’s a raw and vibrant reminder of what punk attitude and DIY spirit is all about.  The band members who went by the monikers Tracy Lordes, Ron Draino, and Sugar Fixx raise a noisy, off-kilter ruckus on Good Bad Pretty, but streamline their dissonance a bit on the ready-to-rumble title track.

On “Good, Bad, Pretty” cycles of a fast-stalking, deep bass line and an emphatically bashed drum beat create an urgent, menacing atmosphere while the wiry, intermittently reverberating guitar lines agitatedly jump around.  Male and female vocals come in mid-way, sneeringly questioning “Why do the good kids want to be bad?”  The response is short and simple, as the vocalists exclaim sharply and rapidly “Good – bad – pretty!” against the intense, angular twang of the guitar lines and drums and cymbals smash.

Many tunes from Gregory Cole, Olive Kimoto, and Jess Krichelle fly by with a breathless, shining briskness, including the zooming lead single “Repulsor”.  It launches right off the pad and into the stratosphere with a sharply ascending guitar riff, bass line undertow, scintillating guitar distortion, and a dynamically slapped drum beat.  The soft and light male and female vocals trade off verses and twin on the chorus sections as they murmur delicately in unison “It’s your time / Be free right now.” amid the sonic flurry, including the vibrant guitar line that shoots off even further into space as the song progresses.  Stellar.

First cut “Tell Me” begins rather unassumingly for a rock song, building up to a skipping drum beat, controlled guitar immolation, and an added wiry guitar line that continues for while.  Then the guitars suddenly disappear and only the bounce of a low-key bass line and the rhythmic drum beat remain.  Geronimo’s vocals emerge alluringly against the stark sonics as she coos “Tell me if you want it…”  The guitars start in again, mirroring Geronimo’s wordless cries, and then quickly pick up in tempo as she repeats the lyrics in an exclaimed, echoed tone.  The guitars, bass, and drums rev up wildly by song’s end, speeding into a distorted and grinding conflagration with Geronimo forcefully demanding “Just tell me you want it!”