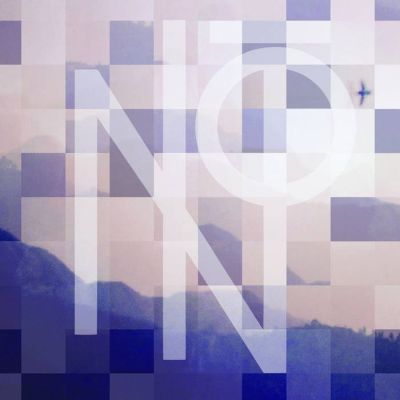 Hello Davide!  How are you doing and where are you currently?

Hi Jen, we currently are in San Francisco. We are very good, practicing for an upcoming tour and putting the last touches on our debut album.

After joining forces with Jef last year in May as the instrumental post-metal duo Niō, you recently bowed your debut self-titled EP.  How did you guys connect and what was the impetus to venture forth as Niō?

A common friend introduced me to Jef.  I was looking for a drummer for a project I was working on. We had a nice telephone chat, I sent Jef a few songs to work on, and we eventually met in his practice room. I'm a very instinctual kind of person; I trust my gut feelings a lot. I remember that as soon as I entered that room something clicked in me and I said "Let's start from zero. Let's make a band.”  We finished jamming together and we didn't play a single note of the project we were supposed to rehearse for. We immediately gelled both humanly and musically. It eventually took us a few months to get started, but I guess Niō started that day.

You and Jef are both veteran musicians, with you being part of Ephel Duath and Gospel of the Witches, and Jef playing in Vela Eyes and New Diplomat.  Are any of those bands still active (like Gospel of the Witches and Vela Eyes)?  If so, how easy or difficult is it to juggle your various musical endeavors?

Jef and I are solely working on Niō at this point. Both New Diplomat and Vela Eyes are active, but Jef is no longer playing with them. On my side, Ephel Duath is no more since 2014, and Gospel of the Witches is currently on hiatus. Being free to focus on just one project is giving us the chance to practice at least three times per week and as a consequence we are getting tighter and tighter and very prolific.

The weighty, but reflective “Grey Healer” is the first single off your EP and like the rest of the EP’s tracks, it’s an instrumental.  Why did you decide on the non-vocal format for your compositions?  Does conveying your emotions through instruments instead of human vocals come naturally to you both?

It comes very naturally to me to fully express what I want to say musically using just guitars and drums. This isn’t the first time that I tried that; I was already playing with the idea with Ephel Duath. I always wanted to have a band that was focused on this particular mindset: the challenging nakedness of just one guitar and drums to work with. I’m very grateful to have found a drummer that is into this peculiar statement as much as I am.

Going for a non-vocal approach is both limiting and liberating. Going instrumental, a band can be easily trapped into categorizations and labels, plus a solid chunk of the public is not really into the idea of instrumental music. When I think about the average, general complaint about this style, the word “boring” comes easily to mind. All of these factors together spice up my interest into finding my own personal formula to play this music; I see these challenges as stimulating and not crippling. My attitude is more like: “There’s so much to be said with just guitar and drums; let’s see how far we can go with it.”

You played your first show as Niō in San Francisco this past October 30th, the release date of EP.  What was the performance like?

I have very fond memories of that night; a lot of friends came to support us and the atmosphere was warm, filled with excitement and curiosity. No one really knew what to expect and I feel we offered a great performance, charged and intense. I perceived from the stage that song after song the audience was getting more and more into our sound and during the closing track, “Cave Dweller”, that also closes our EP, the vibe in the air was truly electric, liberating to say the least. I can’t wait to get back on stage.

As you mentioned, you’re finishing up work on your debut album.  How is it shaping up?  Did you go into the studio with completed material or are you coming up with ideas on the fly?

We like to enter the studio with each song ready to be played blindfolded. We work so hard on each and every detail of every riff that when it’s finally time to record, it’s like a big release for us. Our debut album is almost ready. We have an intro and outro to finalize, we are tweaking riffs here and there, working on the bpms of the songs, and thinking about the layout.

The new material is probably more ambitious in terms of structures and arrangements in comparison to our debut EP. At the same time I feel that the new songs have kept the element of spontaneity present in our debut; they are flowing and pretty easy to get into after a few spins. We definitely found our own sound and we are pretty comfortable in it; we are ready to show it off.

Davide, from what I’ve read, you’re originally from Italy before planting roots in San Francisco with your wife Karyn Crisis of Gospel of the Witches.  What was the music scene like when you were living in Italy?

Italy has a pretty fragmented music scene, but very lively and transversal. We have solid hardcore and post-rock bands in my country. We also have good hip-hop, dark-wave ones, and a few grind and death metal acts that are gaining good momentum. The city that overall seems to have some of the most competitive bands is probably Rome. My favorite three bands coming from Italy are ZU (mind blowing rock-jazz trio), Colle Der Fomento (cult band, true hip-hop masters, featuring some of the best lyrics I have ever read), and Marlene Kuntz (post-rock/noise heroes, with a Sonic Youth-like early part of their career that influenced me very heavily).

Davide, what does Niō offer to the world and/or to yourselves that you couldn’t develop with the other bands of which you were or are a part?

I’d rather tell you what Niō offers me. I see Niō like a very powerful vehicle to get into a channeling frame of mind. I see each of Niō’s songs like invocations - through each of these songs I can get to a specific emotional spot that is there to envelop me. There is a clear, positive, and spiritual declaration of intent in each song we perform. This band is not just about music for me; it’s more of a traveling inward kind of experience and because of this, Niō is the band that is teaching me and healing me the most.

You use the term ‘post-metal’ for your music, which encompasses heavy, atmospheric music that combines post-rock, heavy metal, and shoegaze sounds and doesn’t stick to traditional metal conventions.  Would that be a good description of the music you’re creating?

Yes, I think ‘post metal’ gives a general idea of what we play. It’s never easy to squeeze one band’s style in two words, but I guess it’s necessary. If I had the chance to give a deeper and longer description of my band’s sound, I would say that we play instrumental music that features elements of post rock, metal, and math rock. We focus our attention on the emotional aspect of music, we embrace working with dynamics and interplay, we like to be musically naked; we are a two-piece and we don’t hide it. No overdubs; what you hear on the recording is what we’ll play for you if you come to our shows.

What/who are some of the bands/artists you admire?  Have any of them had an influence on your sound?

I love Swans, Om, Ulver, Yob, Wardruna. If I had to point at music influences I have these days, these four bands show off very well what I’m into. Adventurous music, experimental, moody, deep, cathartic. I like the idea that Niō’s music is refined and conceptual, but still holds on to a raw emotional charge.  The bands I mentioned inspire me daily to keep pushing in that direction; to keep throwing at the listener diamonds covered with distortion, one riff at the time.

Do you have any shows lined up in the near future?  Will you be playing any upcoming-album material that may not be fully finalized yet?

On March 3rd we’ll play Above DNA Lounge in San Francisco, together with Kata from San Diego and Roland from San Francisco. At the end of March we’ll embark on our first US tour together with Dreadnought from Colorado. We’ll play roughly fourteen shows in California, Arizona, Texas, Louisiana, and Nevada. During these shows we’ll test out all the songs that we’ll record for our upcoming album.

You can hear and buy our music and merchandise at our official site. Follow us at Facebook.