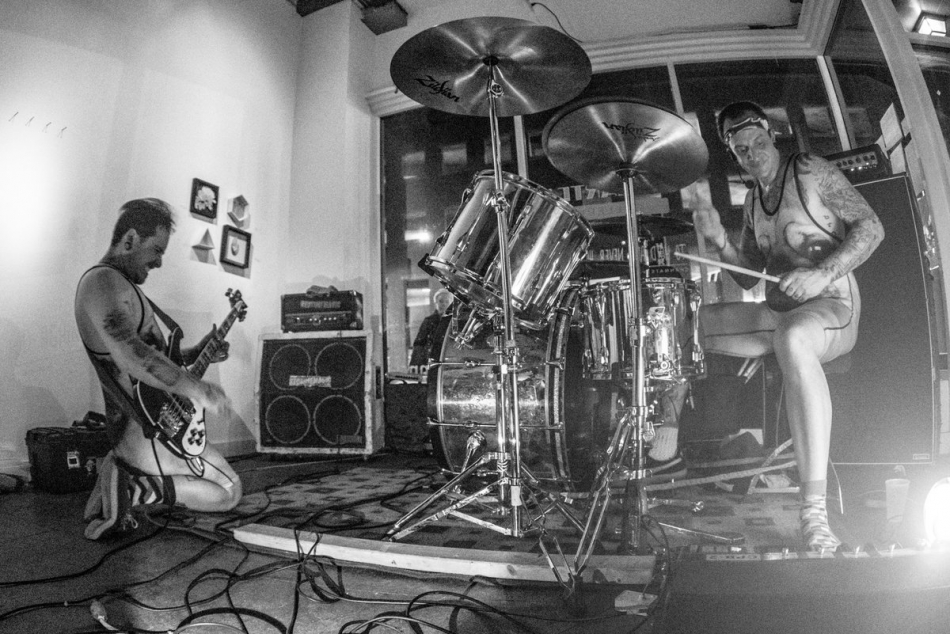 This split release by Tor Johnson Records, available digitally and on different colored cassettes (green/gold/white), is abrasive, heavy and raging hardcore punk. Greylock comes first and starts with the track “Do Not Revive”, which begins (and remains) slow with brutal sounding vocals/screams pulling the listener through the track. You don’t really get a feel for the band until the second track “Pusher”, which again has a slower, heavy hardcore feel but here the drums come in with a beat instead of teasing for the duration of the song. The fuzzed-out guitars have a distinctive harshness that shine on “The Eighth Day”, a track that finally shows a bit more of Greylock’s dynamics as a band.

The bands both cover a song of each other’s on this split, an interesting touch, but since both bands have similar sounds, one might not know unless reading the liner notes.

BEDTIMEMAGIC starts the second half of this release with “shuteye”, a quick 32 second attack and then a minute and a half of “Blanket Statement”. It is difficult not to compare the bands on a split release like this, and BEDTIMEMAGIC seem to have a bit more of an interesting feel to them. Perhaps it is the presence of a bass and organ, as well as a slightly more dynamic vocal approach, these songs just seem to bite a bit harder. The crisp drum sounds are a factor as well.

While the liner notes speak of being “in the midst of worldwide chaos and death” and “corporations are given the keys to city hall” while “small business owners are laughed at by local governments”, I wish the lyrics were included as it is difficult to make them out and I get the sense that there are interesting themes discussed. Regardless, you get the idea when you listen and this is simply a raging, visceral, politically motivated hardcore punk record intended to make your ears bleed.