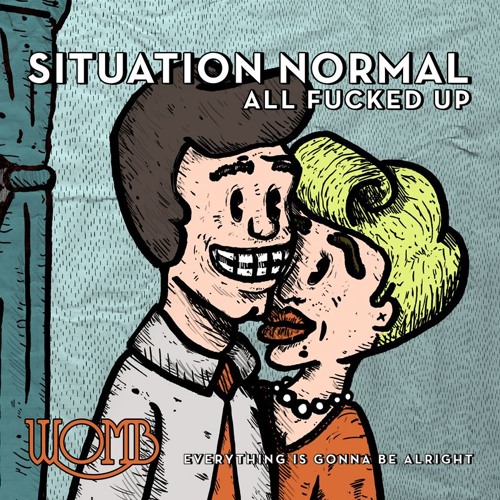 WOMB - Situation Normal, All Fucked Up

Canadian garage-rockers WOMB is back on the scene with a new single and an accompanying video that documents the band on the road.

Canadian garage-rockers WOMB released its debut self-titled EP in 2013 with an single and video for "Baby Don't Love Me."  Since then, the intrepid band that is based in Toronto has toured throughout Canada.  WOMB is set to release its debut album, Situation Normal, All Fucked Up, in the near future and "Everything Is Gonna Be Alright" is the lead single off the album.

The video for WOMB's new single, "Everything Is Gonna Be Alright", is  composed of a compilation of footage that was shot with various cameras and phones during the past few years, documenting the band on the road and in between.

The single itself is an upbeat rock tune that mixes the punk attitude of garage-rock with the more subtle influence of the swing style.  The lyrics opens up themes about social anxiety and how to cope with one's own mental state, while the song is infused with rallying, feel-good chorus sections.

Check out the video for "Everything Is Gonna Be Alright" below: