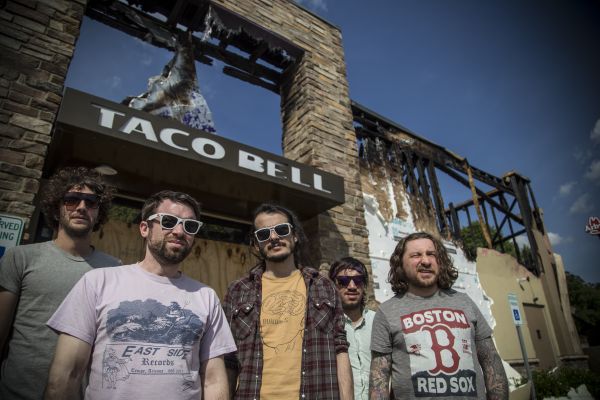 Boston, MA punk/noise rock band Aneurysm are set to unleash their highly anticipated raw and raging debut album, Awareness, on February 1st. The LP will be released via three outlets: Tor Johnson Records for vinyl, Constant Disappointment for vinyl and CD, and Suspended Soul Records for the old-school cassette resurgence.

Speaking of which, on Awareness Aneurysm kick it in classic ‘80s and ‘90s underground rock style, while muddying up the aggressive punk and abrasive noise rock waters with a thick grime of grunge and infectious melodics.

Topics on the LP are about the usual rock subjects: sex, drugs, and R‘n’R (no, not rest ‘n’ relaxation; quite the opposite, in fact!), with some death mixed in, and the blunt lyrics are projected outwards by vocalist Michael McGee’s unhinged, throat-flaying exclamations.

So far the band have dropped two explosive tracks from the album – the visceral and rampaging slash ‘n’ burn of “St. E’s”, which premiered at No Echo, and the sludgy, yet equally potent “Newport” (where McGee sounds like an over-the-edge Kurt Cobain at the end), which premiered at The Big Takeover.

Take a listen to both sonic missiles below and hold on to your boots (and not the cowboy kind; well, unless that’s what you’re into)!