Song Premiere: “Before I Die I’d Like To Give My Regards To The Internet. LOL THE INTERNET.” by Superdestroyer 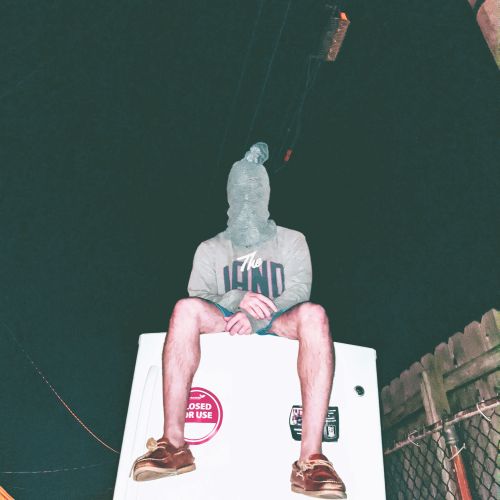 The anonymous punk-collides-with-electro artist unleashes a raw and relevant hardcore track, and interview.

The details are sketchy, in more ways than one, but what is purportedly known about anonymous electro-punk music project Superdestroyer is that it’s run by an erudite curmudgeon out of Columbus, Ohio who has a chip on his shoulder – against himself, and/or maybe society in general…

Flying in the face of music genre norms, and kicking it hard and unapologetically, Superdestroyer unleashes bold, raw, and frenetic songs that smash electronic and punk music (and occasionally pop, hardcore, and/or ambient music) into a marauding and malcontent mash-up of ideas and sonics.

Dare to take a listen to raging new tune “Before I Die I’d Like To Give My Regards To The Internet. LOL THE INTERNET.”

Rebel Noise is stoked to host premiere of the single today, which officially releases on February 12th via Lonely Ghost Records.

Yes, that’s the lengthy title of the song, but the track is actually a pretty direct hardcore missive. It’s full of agitated frustration against institutions and policies that need to be reformed, like the criminal justice system (referenced in a soundclip from a speech by political and social activist Cornel West).

Ranting vocals and stabbing guitar riffs jab the rubbery bass line and pushy drum strikes, as the track ends with the understatement of at least the past four years, if not much longer, “We need a change.”

In Superdestroyer’s own words: “The bones of this album were recorded approximately two weeks after my second (1st!) album, Home Movies Are Time Travel, though it took several months after the initial recording to complete. Unlike Home Movies, which came about relatively quickly, this album’s songs went through many iterations and re-records before becoming the versions they are today.”

“TAMOT is an exploration of the loneliness and mundanity that accompanies one’s journey into adulthood. The instrumentals are used to construct contexts that color the lyrics’ meaning—which at face value often describe or capture, almost objectively, interactions and events from day-to-day life.”

“TAMOT aims to examine life through different lenses, and to find the excitement, despair, and maybe even peace, in the monotony of this incredibly boring apocalypse we find ourselves in.

“It emphasizes the ways in which everything is interrelated - from the micro-levels of our personal experiences, to the macro-levels of society, which is even alluded to in the title like a real artist would do.”

That sounds pretentious as fuck, but results in something not pretentious as fuck at all. Things Are Made of Things… is a relatable and emotional album that HAS NO EMO SONGS ON IT—GOD DAMMIT. Anyways, I can re-write this if I need to. [No, that’s okay; you’re good. – editor]

We get to the nitty gritty with Superdestroyer with a revealing interview below:

"Before I Die..." prominently features a vocal sample from Cornel West, what motivated you to do so and how important is he to you?

“I like Dr. West’s perspective on the intersectional nature of class and race. Anti-racist practices—and equality in a society in general—cannot be accomplished without addressing the issue of capitalism. While he is not the first to state this, he has stuck to this message throughout his career and I think it’s one that is finally gaining traction. He built upon intellectuals like W.E.B Dubois, Dr. King, Foucault, and Marx.

When the Black Lives Matter protests were occurring this summer, I saw a clip of him talking about the failure of the capitalist system and the role that it plays in our continued inequality and thought it was a really eloquent and digestible way of discussing it. I’ve always appreciated the way he can communicate his ideas in an accessible way.

Your music can very easily be described as "DIY" or "punk," but there is certainly a lot more to a track like this than those simple labels can describe. What does genre mean to you, and is it even still a necessary label in the 21st century?

Oh boy. I am anti-genre, anti-DIY as it’s become known—it’s basically a genre instead of an ethos now--and really I’m anti-industry. Genres are heuristics that help us to set our expectations or determine whether we might like a certain artist. It’s sort of a shorthand for determining whether you’re going to listen, but I think that we’ve evolved past that.

Look at artists like 100 gecs or even popular rap producers like Travis Scott and we see their success comes from an appreciation of sounds that span across genres. Most people don’t stick to a singular genre anymore, especially with the advent of playlisting and streaming. Pop music is actually really exciting in that way because it seamlessly incorporates sounds from multiple genres and packages them in a coherent and digestible way. However, pop also polishes some of the rough edges that define genres to the point where those influences lose their energy or ideology.

I think genres are often tied to the outcome you seek. You can make songs about anything in any genre of course, but I think the interpretive lens of said genre can make it more or less likely that the message is recognized or pulled out of the song. So to me, it’s like, let’s just utilize genres as lenses that help us to interpret the messages embedded within a song. It can help us to determine what we should be looking for. It’s part of the framing of the ideas.

Artists now more than ever have recognized this and they utilize genres to convey different thoughts and emotions, which I think is really cool. It’s something I certainly lean into pretty heavily. On this album I purposefully made songs that were more different from each other because of the underlying concept of the album.

Tell us about your new album, Things Are Made of Things and Those Things Are Made of More Things, and what sounds we can expect to go along with a track like "Before I Die..." What are some major themes throughout, and is there an overall theme?

On this album I try to explore the macrocosm and the microcosm. Songs about growing up, frustration, depression, and love are juxtaposed against those that are speaking to something larger in our society. My depression is directly related to the larger goings-on in a society; often my joy is as well. We can’t divorce ourselves from contexts.

I made this album exploring these different ideas and feelings that I hold simultaneously. There’s a constant mutual influence between the local events—our daily lives—and the global events of a society. I constructed the songs that way too, where the instrumentals are the context for the way you should interpret the lyrics, and the sometimes uncomfortable feelings you have--the jarring moments are supposed to feel like living life. One minute we’re comfortable and feel safe, the next we’re fucked-up and usually we don’t get much time for adjustment in-between.

I have some influences from ambient and downtempo electronic music, hip hop, hardcore, NEScore, punk—whatever really feels right in that moment. I made the instrumentals first to capture the feeling I was having and then wrote the lyrics after I had those finished so that I could travel across songs.

Let’s say it's late 2021 or early 2022 and things have returned to some sort of normalcy. What would you plan to be doing with Superdestroyer (more albums/shows)?

I know that in late 2021 I have another album coming. It’s already recorded and in the process of being mixed and mastered. As far as shows, I definitely am working on some digital stuff. Since Superdestroyer is just me, I am still trying to figure out how to tackle more live stuff that could be played in venues. I’d say recording is more my priority than shows are right now.

I also co-own Lonely Ghost Records, so I produce a lot of the content for them, which has been really fun, but also very time consuming - haha. I’m always working on something though, so there will definitely be more Superdestroyer.