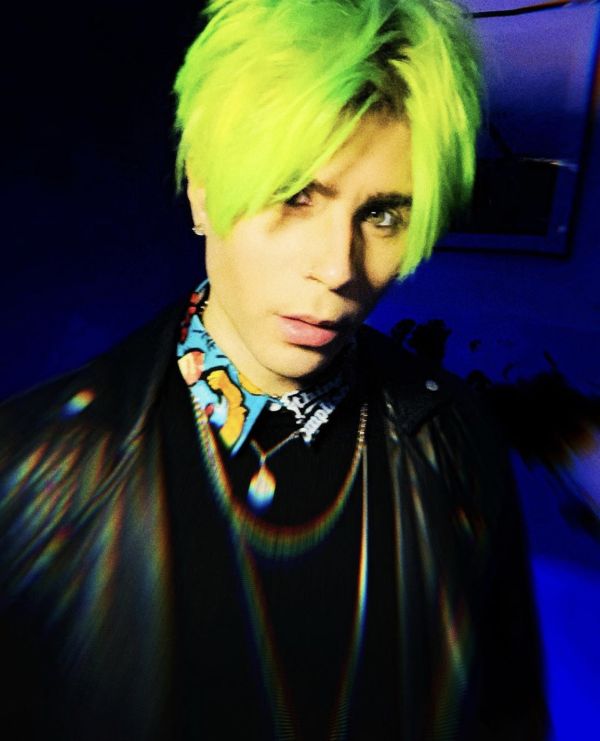 London-based pop punk rebel Danny Wright has been anointed by the BBC as “The Prince of Pop Punk” and he rules yet again with his latest anthemic single “Broken Youth” set for release on May 8th.

Rebel Noise is stoked to host the premiere of this defiant track a day ahead of its drop. The up-tempo track attacks with emphatic drum strikes and a whirling guitar churn. Wright’s heartfelt and tuneful vocals ride high in the potent sonic mix.

Wright is deep into social media to get his messages across, speaking to and for the younger generations who are looked down upon and marginalized.

“Broken Youth” is a reflection of this issue, with Wright exclaiming pointedly, “Misunderstood and abandoned once again / This isolation is my new best friend.”

On the track Wright rails against blind conformity to the rules set in place by previous generations. He regularly tackles current-day youthful angst on his tunes, connecting with those who are under-represented, in and disaffected by, the real world.

Wright has earned the respect of various blogs/platforms, including iTunes charts and Spotify playlists, and has been featured on BBC Radio, Kerrang Radio, and Radio X.

Describing the meaning behind “Broken Youth,” Danny explains, “It’s usually people from an older generation who don’t understand the generation I come from, so they don’t understand how I see the world, and because I'm not complying, I’m considered wrong or broken; misunderstood and isolated. I see this in the youth of today; they are growing up in a different world [than] their authorities from generations before, but [the older generations] are still telling the [younger one] how to live. This song is ultimately an anthem about breaking away from the conformities of the older generations' ideals.”