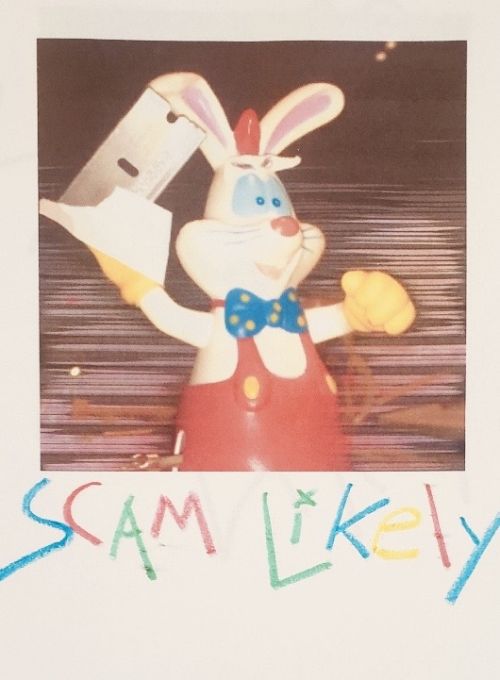 Post-punk/darkwave band Scam Likely release a foreboding cover of an ‘80s classic by The Fixx.

Scam Likely is definitely not a scam, but the collaboration of two enigmatic musical wanderers, Rob Easson (producer, writer, multi-instrumentalist) and Terry Ashkinos (singer, writer, guitarist, lyricist), who have worked together on other projects in the past.

With Scam Likely they create their own take on post-punk, rock, and Gothic music on their upcoming record, a 4-song self-titled EP releasing on April 21st.

Rebel Noise is stoked to host the premiere of an atmospheric track off the EP; a re-make of the ‘80s New Wave classic “One Thing Leads To Another” by The Fixx.

Scam Likely rough up the sleekness of the original, adding a strong shot of vocal menace and a darkwave pall that envelopes the song.

Lightly tolling bells kick off this winding re-working, which then slides into a snaky guitar line covered in a heavy patina of static. A flat-smacked beat paces with a measured tread, while a foreboding Ashkinos sing-talks or shouts out with deliberate intention lines like, “Living too close to your fear.”

As the song progresses, the guitar wavers with weighty reverb, spacey zapping noises flit by, and the delicate touch of organ press breaks out into a flourish of Phantom of the Opera-like Gothic swirls.

NEWS: Alt-/post-rock band I Like Trains return on new label and with upcoming LP