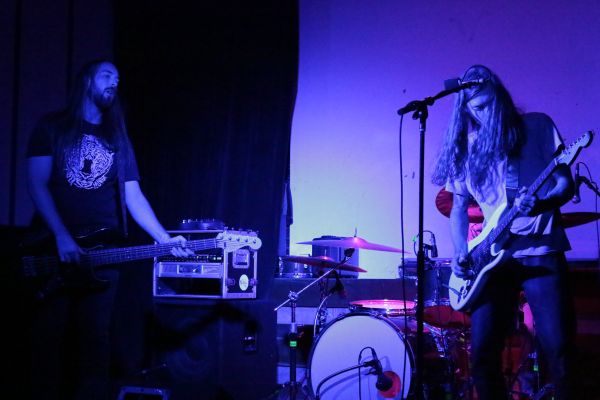 Brooklyn-based heavy rock band Dead Seconds are set to release their second album, The Ground, on November 2nd. In celebration of the upcoming LP, Dead Seconds are unleashing the slowly building, fuzzed-up, yet melodic “Temple”, which Rebel Noise is excited to premiere here.

The burgeoning song’s pace ramps up to a restless roil on the back third, which triumphantly explodes from its chains, free and fiery and rising to the skies with White’s potent exclamations matching the blazing guitar conflagration, cymbals scintillation, and powerful drumming.

White comments on the song, stating, “When I wrote “Temple” I was imagining this place I used to go to in the woods when I was a kid. A huge oak tree had fallen over and the hole in the ground where the roots used to be was massive. “Temple” became this sort of metaphor for a kind of ‘happy place’. It's sort of a scrapbook of nostalgic memories from that time.”

With “Temple” being an example of just one musical branch of the band, expect The Ground to be a huge, deep-rooted, and broad-reaching LP of striking and dynamic alternative rock that’s meant to stand the test of time.