Song Premiere: “The Roanoke Colony Zombies” by Phantom vs Fire 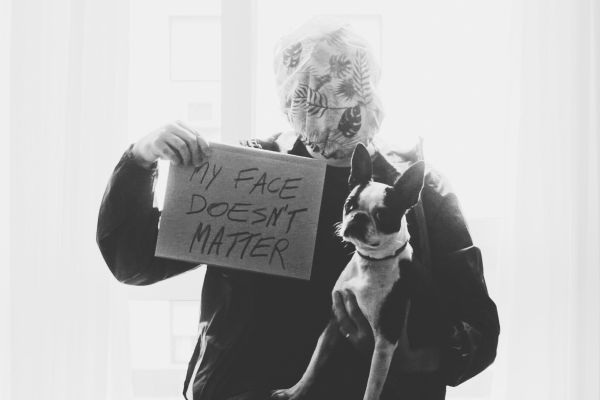 Desant has released three acclaimed albums to date; Swim in 2018, and last year both WLDLFE and the ambient-driven My Mind As Your Amusement Park, garnering praise from the sites Diamond Deposits, The Big Takeover, Ver Sacrum, Complex Distractions, RRRsoundZ, and 1208 North Fuller Ave Apt 1.

Modern Monsters I & II, Desant’s next full-length, arrives on February 28th via Blackjack Illuminist Records. The lyrics narrative continues the storyline of a character found on the previous My Mind As Your Amusement Park.

Rebel Noise is stoked to host the premiere of “The Roanoke Colony Zombies,” a menacing an intense cut off the album. The track is ambient music in a raw and pissed off state, marching with a furiously determined pace at its start.

Towards the end of “The Roanoke Colony Zombies,” the warning signs of danger ahead become even clearer with the addition of rattlesnake-tail tambourine jingle and the disturbingly extended pull of scraping strings.

Desant generously offers his insight on the meaning behind this song, his new album, and the (sorry) state of the world:

“It should not come as a surprise when I say that the title “Roanoke Colony Zombies” refers to the English settlement on Roanoke Island, North Carolina, United States. Led by John White in 1587, it became known as the Lost Colony due to the unexplained disappearance of its population.

However, I wanted to use the Lost Colony mystery as a symbol for mankind itself. We came, we saw, we conquered, and now we disappear through extinction. We have become zombies, apathetic versions of ourselves, waiting to disappear, fighting each other over our favorite celebrities, while we wait for our own death.

Don't get me wrong, I'm an optimist, but it's sad to see that while Antarctica recently set a new high for its warmest temperature ever recorded and Australia was being ravaged by the worst wildfires seen in decades, I go on Twitter and see people fighting over whose celebrity is the hottest one, or who's the kindest. I mean, analyzing a person's character by rehearsed interviews and carefully chosen words is the same as saying a movie is good or bad by its trailer... I just don't get it.

I think people should worship their own imagination and nature. I think people shouldn't idolize people. I believe we should choose to be inspired by other people's works and actions instead. Humans are flawed. So when you put someone on a pedestal they’ll either look down on you or suffer a lot more when they fuck up, as we all do, and you choose it’s time for them to fall.

So this song was written in a moment of anger and I wanted the music to show that.

I wanted it to sound heavy, with a more savage flavor, so there's this riff played on an overdriven keyboard on top of heavy drums and synthetic throat singing. However, at the same time, I wanted it to sound like a ritualistic trip, something primitive and destructive, yet necessary for one's own appreciation of the self. The storm that comes before the calm. So, to me, this track was a cathartic release.

With this song and the album as a whole, I tried not to recognize myself too much in the music. It's like trying to reprogram your own mind because when you make music you start noticing all these patterns; things that grab your attention little by little and make you go, “Wait. I've done something like this before," but you like that thing so much and don't wanna let go. But I actually enjoy being out of my depth. It keeps things fresh for me.” 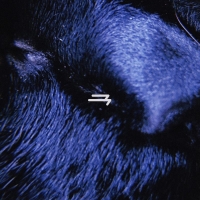