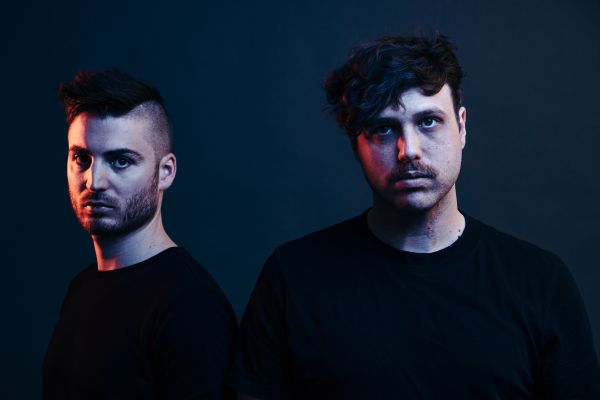 Crying Vessel started out as a solo music project from singer-songwriter/musician Slade Templeton who was supported at shows by drummer Basil Oberli.  The act began making waves in the post-punk, darkwave, and Goth scenes and broke through with last year’s critically acclaimed album A Beautiful Curse.

For 2018, Templeton and Oberli have joined forces in the studio, expanding Crying Vessel into a duo.  A new record titled A Broken Curse is slated for release on May 4th worldwide on all outlets via Zoey Records.  A Broken Curse is a remixes and covers EP where Templeton and Oberli feature other artists/acts reimagining Crying Vessel songs.  This includes the renowned Monti (aka Steve Monti) who has gained raves for his work in such illustrious bands as the Jesus And Mary Chain, Ian Dury and the Blockheads, The Heart Throbs, Curve, SPC ECO, Recoil, and Sulpher.

Rebel Noise is excited to premiere the darkest and most ominous track on A Broken Curse, Monti’s remix of “The Second Sleep.” Monti stripped the original electronic drums off the track and drummed himself on it. The result is a fresh and organic twist to the highly electronic nature of the number.  Monti drops the deliberate beats like heavy weights, anchoring the atmospheric and noir “The Second Sleep” while the burning guitars and buzzing electronics fly to the skies. Templeton unfurls his vocals in a deep and emotive tone, permeating the track with a brooding vibe as he dolefully declares, “You’re going nowhere fast / Stuck in a haunted past.”

Crying Vessel explain the reason for creating A Broken Curse, stating, “We decided to do this remix/covers EP as a concept to promote new and up-coming acts that are different styles laying in the outskirt sounds of what we do as Crying Vessel.   We asked both close collaborators and others better known to either remix or cover a song from our album A Beautiful Curse and what we got back was extremely diverse and special songs and takes on our own music!   It is very exciting to see so many approaches to recreating what I did last year as Crying Vessel.  As we move into summer with a new single featuring Mecha Maiko called “On Our Own” (You can also hear her on this EP covering “Lovers in Paradise”), we wanted to keep people with some fresh music and this EP fit like a glove.”

List of synthwave, synth-pop, industrial, and coldwave bands that appear on A Broken Curse:

Parrot To The Moon

Crying Vessel will be playing at Wave Gotik Treffen May 19th in Leipzig, Germany, May 20th at Witness This Presents in Berlin, and June 9th in Cologne Germany at Art of Dark Days Festival. 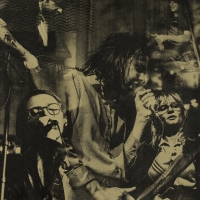