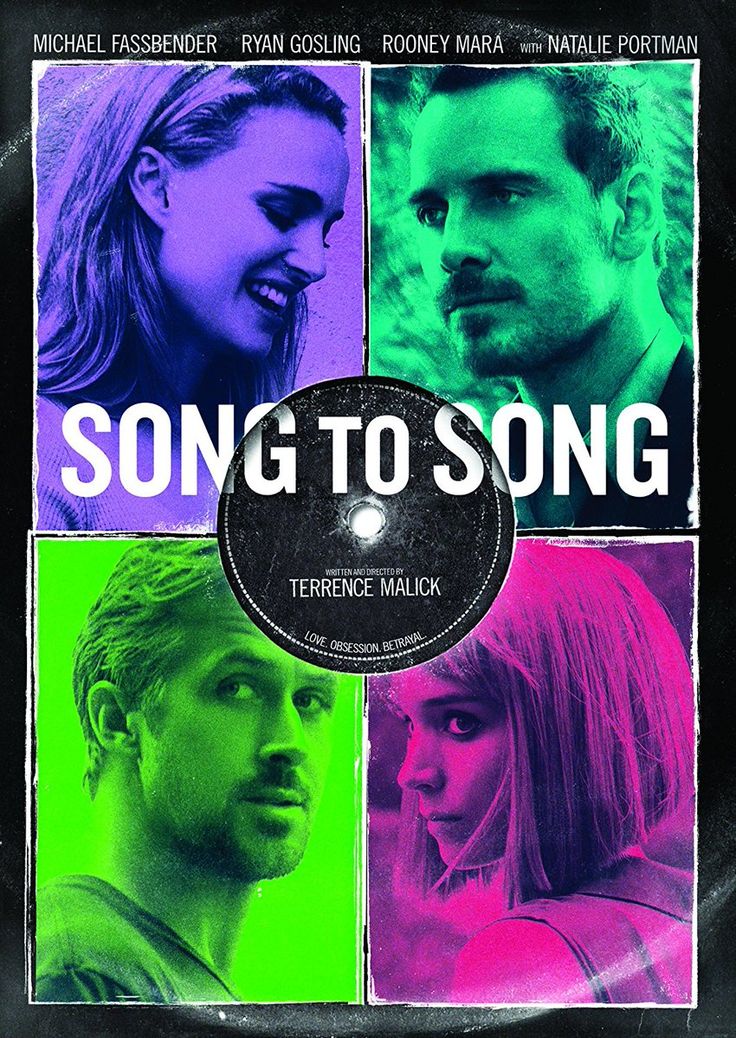 Set against the backdrop of Austin’s bustling music scene, Terrence Malick’s Song to Song stars Ryan Gosling, Rooney Mara and Michael Fassbender, the three entwined in a love triangle while simultaneously trying to succeed with their musical careers. In recent Malick form, the film cascades over fleeting moments of love, heartbreak, confusion and regrets. Further romantic entanglements ensue when Cook (Fassbender) also becomes involved with a waitress, Rhonda (Natalie Portman), BV (Gosling) initiates an affair with Amanda (Cate Blanchett) and Faye (Mara) chances upon a brief encounter with another woman, Zoey (Bérénice Marlohe) as she struggles to understand her feelings for BV and Cook. As universal as Malick’s poetic monologues ring true, its two hour run time starts to feel tedious and stagnant, a glimpse at initial beauty that eventually unravels into indulgence.

Malick’s non-linear and meandering narrative pours insight into his individual character’s feelings, giving his viewers plenty to chew on concerning subtle nuances and thoughts that may otherwise go unexpressed. His considered pairings of characters’ emotions with scenic images (“I wanted to escape, not settle”, muses Faye as she departs in planes and hot air balloons) provides plenty to scratch beneath the surface, yet it eventually begins to feel like an overabundance of wispy proclamations about characters that quickly feel insubstantial, never raising their voice above an intentional murmur. BV, Faye and Cook are all involved in the music industry yet we never once hear their passion expressed; rather any faint sign of their individuality is muted by a classical rock song or cut to another fleeting moment. Nor do any of their outside female romantic affairs seem to possess any hint of substance aside from merely creating convenient obstacles for them to ponder and anguish over. Faye states at the beginning of the film that “any experience is better than no experience” and that she simply wants to live, yet her and her lovers seem to be coasting by, substituting depth of personality for circuitous reflections and philosophical thoughts.

Malick’s choice to film Song to Song in Austin’s landscape paints a clashing and unrealistic portrait of struggling musicians, if that was indeed his intention. Constantly surrounded by extravagant restaurants, giant tourist-filled music festivals, and expensive mansions, Malick’s preferred vapid destinations suffocate the city’s vast musical culture and DIY-aesthetic that remain an important and integral part of its community. The scenes with Patti Smith and her shared words of wisdom about love and loss are a nice touch, yet embedding the film with big name acts like Iggy Pop and Red Hot Chili Peppers or tossing iconic stereotypes throughout the film while hardly broaching a wider range of Austin musicians and history leaves much to be desired. Faye’s stance of wanting to live “from song to song, kiss to kiss” is unfortunately void of passion, a song better skipped than played on repeat.