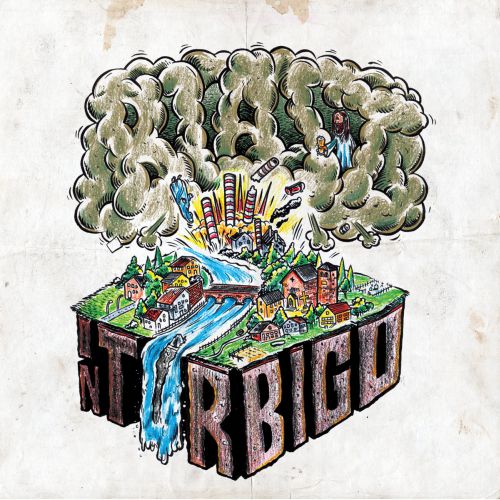 Italian rock bands are making their mark in a flourishing market for Italian music of all types.

A resurgence of Italian rock is making its mark on the music scene as of late.  Some recent highlights include the album Surfacing To Breathe from alternative rock/shoegaze powerhouse Clustersun, the newly released Santa Sangre LP by post-rock/noise rock band Japan Suicide, Fader EP by New Wave/synthgaze trio Electric Floor, and rock noir stalwarts Belladonna with their “Spiders of Gomorrah” single featured in Netflix’s Godless trailer.

There’s also been a surge in Italian shoegaze/dream-pop bands of late including shoegaze veterans Stella Diana who will release next album, titled 57, on May 25th via Vipchoyo Sound Factory in Italy.  Other acts of these genres are making waves, like Rome-based trio La Casa Al Mare, Milano-located artist Novanta, and Modena’s Rev Rev Rev.

And the list continues with the blues-infused desert rock of Moonshine Booze,  indie rockers Someday, Altre Di B, and Neil., with Neil Lucchetta of that last act branching out as a solo singer-songwriter.  Andrea Marcellini of the sadly now-defunct Icelandic-Italian punk/alt-rock band My Cruel Goro has embarked on a solo career as Andy K Leland.

Other genres of music by Italian creatives is also flourishing, including the experimental psych-rock/shoegaze UK-Italy collective Denis the Night & the Panic Party (Ono Nora Fiorani, Nicola Sbrozzi, Alessandro Gobbi), who are gaining raves for their far-out sound and visuals, like on latest kaleidoscopic track “Cosmic Youth.”  Holding it up on the metal front are alt-rock/metal group Klimt 1918, alt-metal outfit Klogr, long-standing thrash metal band Extrema, and melodic metal act Sawthis.

Even an Italian-based booking and management company, BPM Concerti, in partnership with WWNBB Collective, has gotten in on the action with a recent showcase of Italian bands and singers at SXSW 2018.  They featured indie rock group The Yellow Traffic Light, psych-popsters Weird Bloom, electro-pop artists Christaux, Joan Thiele, and Bruno Belissimo, and singer-songwriter Wrongonyou.

On the flipside, American singer-songwriter/indie rocker Casey Chandler has found a haven and inspiration in Italy, collaborating with Italian musician Federico Puttilli as the unfortunately soon-to-fold Galapaghost (latest and last album Pulse is a reflective and relevant swan song).  So has American blues/folk/rock singer-songwriter Luke Winslow-King who worked with Italian blues guitar master Roberto Luti on upcoming album Blue Mesa, out May 11th via Bloodshot Records.

Blast In Turbigo, the LP from Milan-located Lineout, piles on harsh, speedy guitar riffs and loose-limbed drum pummel.  Relevant lyrics (about religion, money, and injustice) are shouted in English with punk-pop vehemence.  A couple of the tracks are more laid-back instrumentals, showing that the emotional and sonically pumped-up act can slow it down and be gentle too.

So no matter what your taste in music genres, there’s something on offer by this newer and varied crop of Italian acts and artists.  Enjoy picking out your favorites!