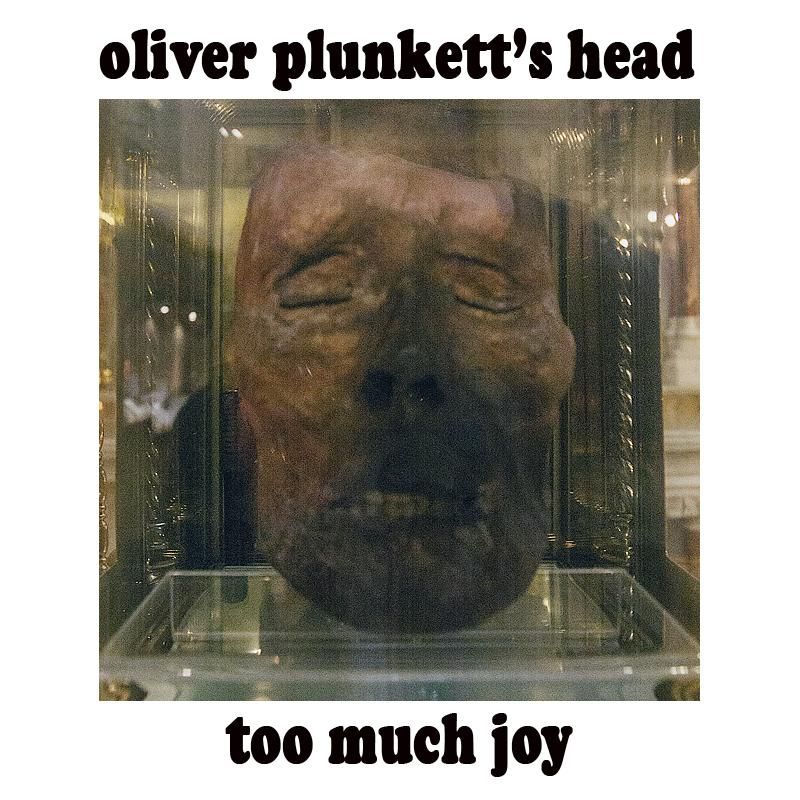 Too Much Joy - "Oliver Plunkett's Head"

Too Much Joy’s name is actually a misnomer. On the New York-based indie rock band’s tunes they seethe and rage sonically and sardonically lacerate lyrically. And for those of you who only know the band as a one-hit-wonder for their 1988 cover of “Season’s In The Sun” (Look up its complex origins if you feel the need), more you’re in for a major surprise with their new punk-pop track “Oliver Plunkett’s Head.”

The song comes off of Too Much Joy’s latest album, Mistakes Were Made, which came out this past March. The LP was created as a reaction to 2020, the horrible year that preceded it and it’s a stylistically diverse record with sharply pointed and astute – and at times eccentric - lyrics about the hypocrisy and malfunctioning as a society, including willful idiocy to deceitful deeds, and the waning of sanity and intelligence as a whole in the US.

Too Much Joy dig into the religious realm and its scalp-scratching foibles (for lack of a strong term) on “Oliver Plunkett’s Head,” the third song off the album. It’s a driving indie pop-rock number with lead singer Tim Quirk vocalizing in a deeper tone the oddball lyrics, that turn out to make a lot of sense.

Quirk explains the meaning behind the song, stating, “Oliver Plunkett's head is a real thing you can actually see in a church in Ireland. He was a martyr who was drawn and quartered and burned by people offended by his beliefs, but I guess some of his fans made off with his skull, which now sits in a glass case.”

“It's a pretty horrendous sight -- being an atheist, it mystified me to see people kneeling, praying and crying in front of it, just as much as it mystifies me why anyone would want to murder someone for believing the "wrong" things about God. I mean, I've just never been able to understand what dudes like that are thinking as they literally eviscerate another human being; is it, “Hoo boy, the Lord sure must be pleased with us! We're going to heaven for sure after this!"?”

“I wrote most of the lyric way back in '91, in some pub right after seeing it. But, despite multiple efforts, we could never get an arrangement we all liked. Fast forward to 2021, as we were looking at old songs we'd never recorded for Mistakes Were Made, and I mentioned how much I'd always wanted to make that lyric work. Sandy somehow unlocked some chords that sound like they were waiting there all this time. His arrangement called for some b verses that didn't yet exist, so I wrote a few more words, and the song finally felt complete.”

“Oliver's been dead a few centuries, so I suppose he could wait a couple decades for his anthem.”

For something that’s even more sonically propulsive and lyrically scathing and relevant to today’s messed-up situation, watch the music video for “Blinding Light of Love” (Yes, the song title is sarcastic):