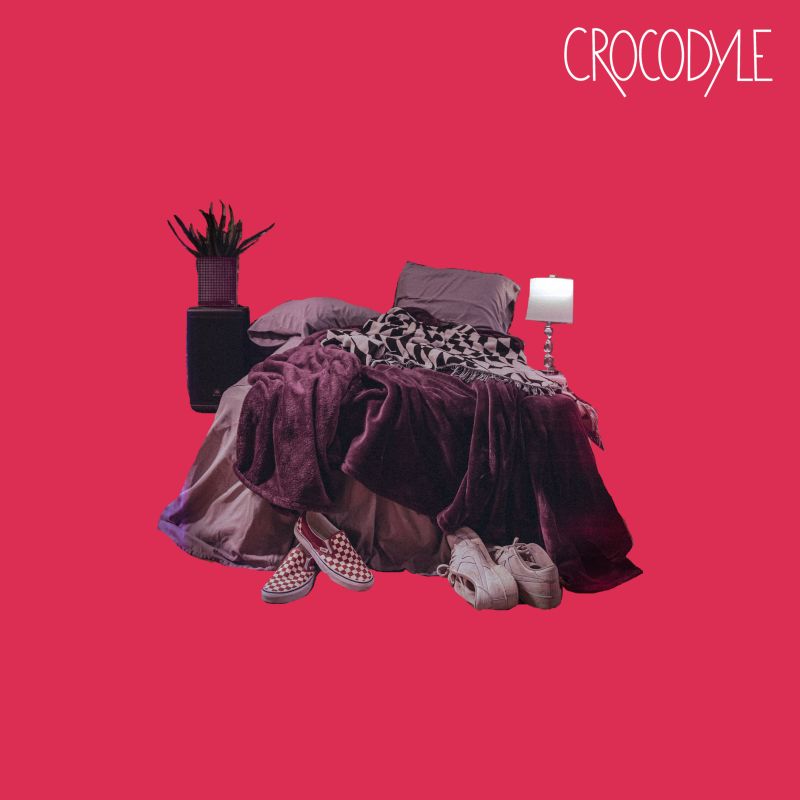 Garage rock upstarts Crocodyle release a storyteller video about an outsider who moves from anxiety to catharsis.

The jittery to full-blown number is a captivating taster from the band’s Sharing A Twin Bed EP, which drops today and was produced by Cage The Elephant’s Lincoln Parish.

Bristling with punk rock attitude and rock ‘n’ roll grit, Crocodyle put the music world on notice with their single “I Feel Good” in 2020. This year sees the act taking a drive with “Passenger Seat” and its accompanying music video, as well as “Rats of The Night.”

Rebel Noise is stoked to host the premiere of the storytelling music video for “Rats of The Night,” which focuses on an outsider character who emotionally moves from anxiety to catharsis.

The camera follows the ill-at-ease 20-something from hiding out in his residence to hitting the street in search of a way to let loose and be himself… and eventually he comes across a flyer advertising an open mic night at a bar.

He goes to the venue and has to endure (along with the viewer) a litany of other performers before he abruptly takes to the stage, brusquely busting some dance moves at the mic.

He’s totally misunderstood by the bar’s patrons who eye him with distain, until suddenly other band members (AKA Crocodyles dress in t-shirts with “Rat” scrawled on them) come in and join him on stage.

They start pounding away at their instruments and the protagonist reclaims his right to be king of the night denizens, breaking out with spastic dance movements and achieving release.

The band members dig into the meaning of the song/video, explaining, ““Rats of The Night” is kinda like “Creep” by Radiohead, but better and you can dance to it.”

“It’s about feeling like a nervous alien (or a rat), but then realizing that being an alien (or a rat) means you have special alien (rat) qualities/powers that most others don’t. You are now the shit. Crazy. Now dance, rat.”

“With our video, we wanted to stay true to the song, telling the story of a night out gone wrong then gone right. An anxious and thrill-seeking man hits the unwelcoming town alone with eager bones and darting eyes, like a straight up rat. A story some of us know.”

“This nervous rat-man still likes to party though, so when the looks and the lights of the barroom make it impossible to find a groove in his surroundings, he instead finds one in himself. In this case, a surprise final-hour appearance from your favorite band ensures that the briefly-wavering groove grooves and grooves on.”

“In planning it all out we thought it’d be fun to also carry on from our “I Feel Good” video, pulling scenes from that sunshine and rainbow universe and flipping them on their emo little heads. The “Rats” video even starts exactly where the “I Feel Good” video ends. Wow. A CrocoVisual universe if you will.”

“So with a shoestring budget and a creative approach to mid-pandemic production, we used the streets of Nashville, a kindly-owned coffee shop after hours, and our dear friends to make this happen. There was gunfire outside the coffee shop at one point. A shooting at a shooting. Ha. No, nobody got shot. We don’t really know what happened.”

“Special thanks to videographer Seth Endelman for his keen creative eye and incredible efficiency, to Owen Stuart for constantly delivering Oscar-worthy performances, and to both of them for their permanent willingness to keep tryin’ it ‘til it’s great. Y’all are rats now.

Check out both of their work under Jah Frida and Owen St. respectively. Both huge talents that we’re honored to continue working with.”