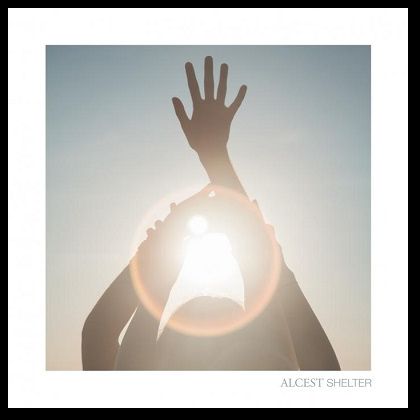 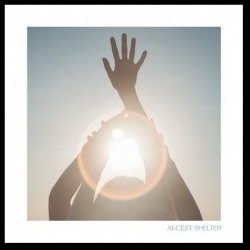 Post-black metal progenitors Alcest recently released latest album “Shelter” on Prophecy Productions.  The French band, comprised of multi-instrumentalist Neige and dummer Winterhalter, has been going strong since its formation in 2000.  The press and reviews have heralded “Shelter” as a new direction in Alcest’s musical journey, and it is an appealing trajectory towards the light, with uplifting rhythms, serene lulls, imbued-with-longing vocals from Neige, and shoegazer genre-inspired guitar expansiveness and propulsive ascent.

The occasional rapid-fire bursts of drumming and stinging metal edge of the guitar blade may be stripped away, but Alcest has always been a (self-described) atmospheric metal band and the airy, but dynamic “Shelter” has plenty of distinctive ambience, rewarding with a more varied sound and song structure than on previous albums like 2010’s “Ecailles de Lune” and 2012’s “Les Voyages de L’Ame”.

“Shelter” was recorded in Iceland with Sigur Rós’s producer, Birgir Jón Birgisson, and his and Sigur Rós’s influence shows in the sustained, floating vocals, refined instrumental tones, tranquil to reaching pace, and guitars that aim for the (partly cloudy) sky.  Founding member of Slowdive, Neil Halstead, supplies guest vocals on “Away” and Billie Lindahl of Swedish band Promise And The Monsters and Amiina’s strings section also make appearances on “Shelter”.

Niege and Winterhalter aren’t afraid to get heavy amid the beauty though, balancing ethereal reflection with burgeoning, distorted guitar grind on mid-album stunner “Voix Sereine”.  “L’Eveil Des Muses” pushes under lowering clouds with ominous coils of shearing guitar and “Shelter” adds a nice touch of My Bloody Valentine-like warped guitar glory as well as piano notes.

The guitars chime on the turbulent “La Nuit Marche Avec Moi” like the best of the shoegazer genre, but again are weighted at times with burnished, planing guitar distortion.  Transporting album-ender “Déliverance” is a contemplative slow-builder that moves forwards and upwards at a deliberate pace, its measured steps climbing to poignant guitar epiphany and extended vocal and emotional exaltation.