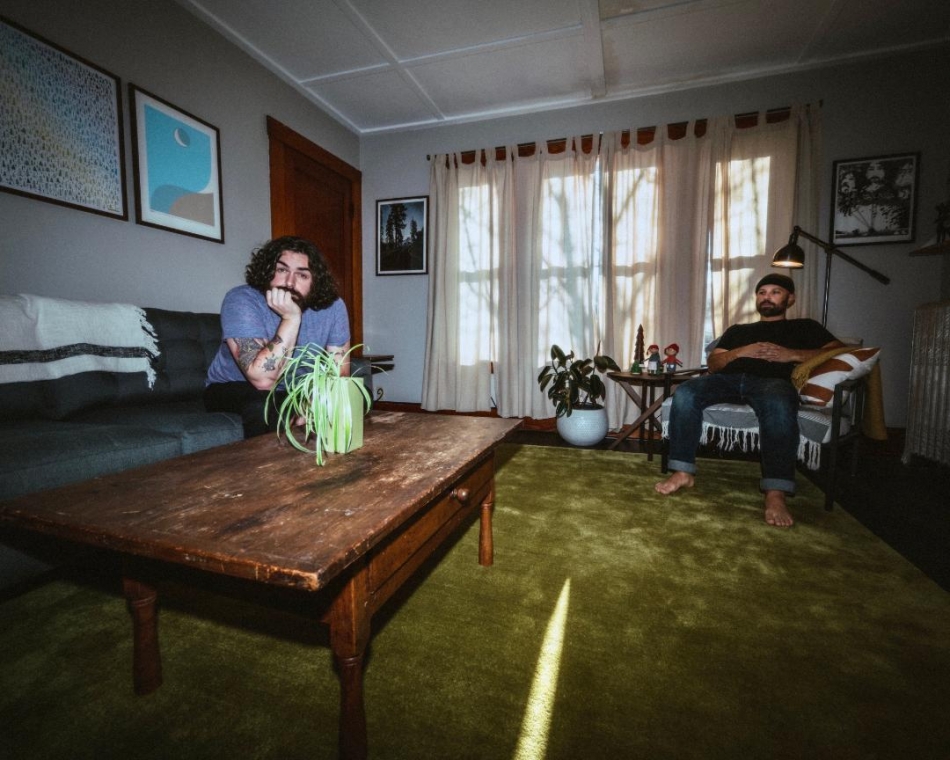 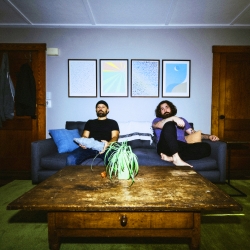 Self professed Mike Krol fans, Yawn Mower, give an advance listen and new video for their new epic “Sixteen Minutes”, the very first single from their upcoming album “To Each Their Own Coat”

Yawn Mower has been a staple of the Asbury Park NJ scene since the duo began in 2015. Formerly known as the loudest two piece band on a bill, Yawn Mower has somehow gotten even more rompous by gaining triple the members in its newest incarnation for their upcoming album “To Each Their Own Coat”.

The guys were asked how the current group of songs came about and what inspired the track “Sixteen Minutes” which premieres today with an official video. Here’s what they had to say:  “Yawn Mower played South By Southwest in 2018. During the festival, we saw Mike Krol 3 times in 3 days. While driving to Carborro, NC for some shows in 2019, Chick and Biff drove three hours in the wrong direction. A good portion of the ride back to North Carolina was spent listening to Mike Krol (and the sound of the windows open in the car). So one day Mike showed up to practice with a song that was a homage to Mike Krol, and Biff knew just where to go on the drums. We figured, screw it. We love this dude’s music and its been the soundtrack to a period of our lives, so why not pay homage to him?”

Sixteen Minutes, the lead single from Yawn Mower’s forthcoming LP, “To Each Their Own Coat”, is a 2 minute and 13 second barrage of sound. The landscape of the song (and the whole album really) came together when Biff had free access to a recording studio full time post-lockdown. Sixteen Minutes is stacked with piano, 12 string guitar and other instruments, in addition to the traditional Yawn Mower fuzz baritone and booming drums. The song also features Pam Flores on backing vocals and Nicole Scorsone on violin. “Mike gave me the freedom to fully flesh out a few of the songs’ arrangements over the course of a few months. Once I felt like I pushed these songs as far as I could take them, I showed Mike where they were at - and he loved them! He came back to the studio with a whole new sense of where the rest of the songs could go and we pushed this thing over the finish line.” says Biff Swenson.

The band's debut full length record was engineered Evan Bernard (Mannequin Pussy, Soul Glo, Teenage Halloween), mixed by Chris Baglivo (The Obsessives, Big Nothing, The Superweaks) and mastered by Ryan Shwab (Hop Along, Tierra Whack, Modern Baseball). I’ll venture to say you have never heard Yawn Mower sound so full and lush. Lending help to the band's live show are members of Biff's other projects, including Nick Gianatiempo & Dana Yurcisin of Grasser and Eric Friedman of Earth Telephone, as well as local Asbury staple Pam Flores on backing vocals. Already out and about playing live the band is getting nothing but rave reviews on the expanded lineup.

The lyrical content ranges from not being able to electrocute yourself, to falling for textbook horror movie cliches, to being challenged by locals to take shots in new and interesting ways. Chick says, “When I was in Prague, I met this group of folks that were dressed like it was the Rainbow Room in Los Angeles in the 1980s. I bought them a round of Tequila shots and the leader of the pack said I had to squeeze the lime in my eye before I took the shot. So I did, because it would have been rude of me to not observe their local customs.” As you can tell where Yawn Mower goes is where the party is at. Speaking of, join Yawn Mower on Saturday May 28th as they host an after party at The Stone Pony right as the Modest Mouse show finishes up. Sixteen Minutes is out on all streaming platforms via Mint 400 Records on 6/3/22 and expect a few more singles to drop before the album, which will see an early Fall release.