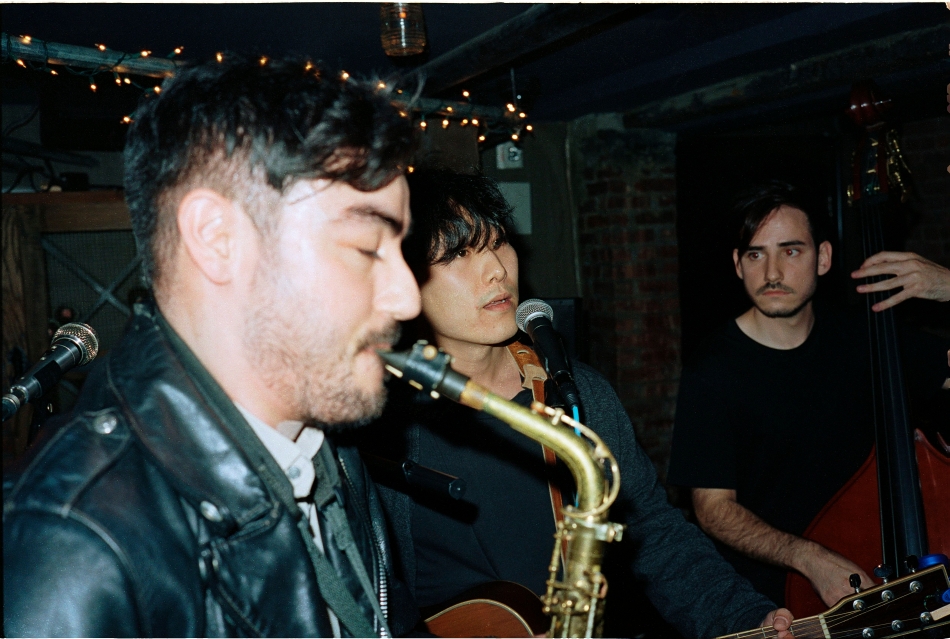 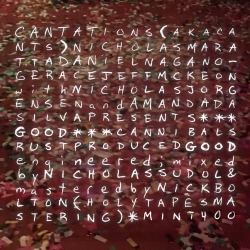 If you've been part of the Jersey City scene over the last decade it's no doubt that at some point you have caught the band Shitheads Rainbow. The band made up of 5 excellent musicians slowly disapated and songwriter Nicholas Maratta decided to take various odds and ends he had been working on for about a decade to cull what would become Cantations. Now the Shitheads are still involved in fact in different capacities whether it be live or on the recordings but this is more Maratta's show. Cantations is what you'd expect a mature songwriter who wrote dark indie rock songs to eventually gravitate towards. Cantations is more subtle, jazzy and folky at times but as dark as anything he has done. The music is like Tom Waits songs covered by a jazzy indie folk trio of vampires in some underground club. The vocals of course are nothing like Waits, as Maratta croons with an almost classic voice that could be singing "My Funny Valentine" just as easily as he could be singing a My Chemical Romance song. Cantations earlier releases were sparse and seemed like ideas jotted down in notebooks and attempted but not fully fleshed out the way this new EP is.

Today Cantations brings to you the first song on their new EP "GOOD". The track "Cannibals" feels like it's right out of something like A Nightmare Before Christmas. It has this modern goth jazz pop thing going on that you definitely don't hear often. I wouldn't really call it one thing as it seems to bend genre's. I'll let you decide for yourself:

If you happen to be in the Jersey City area on Thursday night May 26th, Cantations will be headlining a special EP release show at Pet Shop on Newark Ave. They will be in the Pet Shop Wine Bar with special guests Reese Van Riper and Papi Shiitake (Brooklyn). The show is free and starts at 8pm.