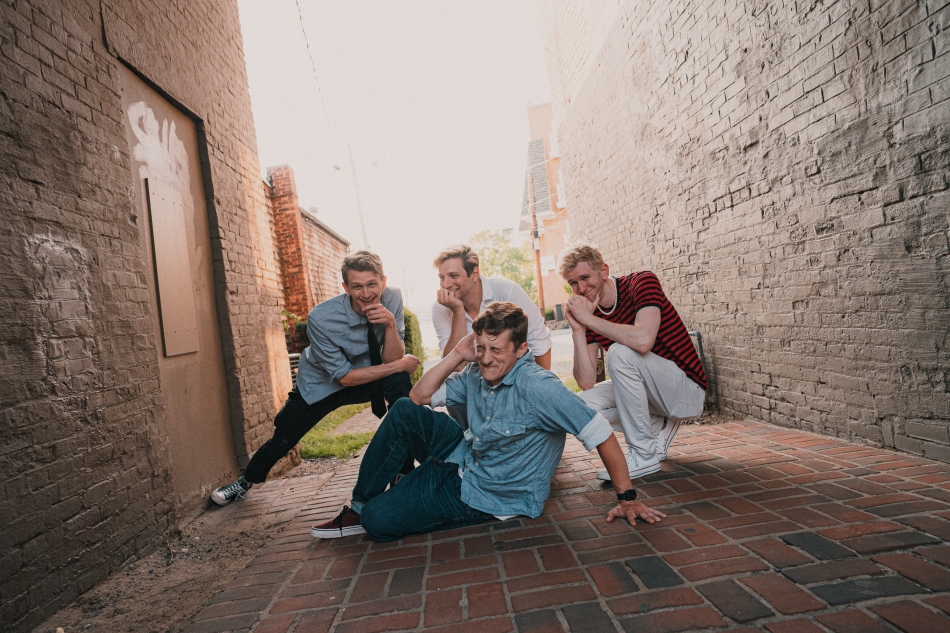 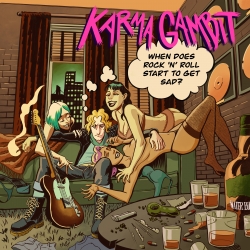 In case you didn’t know, Asbury Park has been a musical hub in New Jersey that formed in conjunction with and after the demise of everything that was cool about New Brunswick’s scene. It’s hard to find a consistent house in New Brunswick that does basement shows and forget about the club scene as there was always just the Court Tavern and not much else. When that happened Asbury Park picked up the slack for the most part and birthed a very cool scene that hosts everything from punk and indie rock to folk and surf. From that scene North Jersey label Mint 400 Records has had a steady stream of bands that are gaining more national attention like The Extensions, Renee Maskin, Yawn Mower and this week dropping a new album Karma Gambit.

We thought we’d let some of the actual Asbury Park artists and label mates give us their thoughts on Karma Gambit. “Since the dissolution of his all-star-laden project Rose Blvd in 2015, it’s been a series of musical starts-and-stops for Jack Linden. But with a fantastic LP under his belt, one thing is certain: Linden isn’t just back, he’s as good as he’s ever been and ‘When Does Rock n Roll Start to Get Sad’ is about to prove it to everyone” expressed Brian Erickson lead singer of Asbury Park bands The Extensions and formerly of The Paper Jets. The new album right away jumps into syrupy sweet indie rock that is ripe for pop radio with tracks like “Aphrodite”, “Straight To Voice Mail”, “Cable Knit Sweater” and a whole bunch more. The lyrics are fresh and depict love and dating in the modern era. This is the kind of band that has so many funny quirky lyrics it’s a wonder they aren’t a TikTok sensation from some choice snippets.

Asbury Park royalty, indie folk artist Renee Maskin, had this to say about her labelmates, "Pop-punk anthems with infectious harmonies and a hint of country guitar twang. Sounds like all the ingredients to a classic New Jersey rock 'n roll record." It’s amazing how the band goes from more traditional Power Pop to straight forward 50’s rock n roll done pristinely on tracks like “Kiss and Tell”. The album overall just feels like a good time and a band that listens to great old records. On tracks like “Kick in the Teeth” the band keeps it light as they create Chuck Berry mixed with Infant Sorrow type jokey rock song. On “Dorothy, Let’s Go Home” you may forget you are listening to a local band and think it’s an outtake track from the play Wicked. Every track is a story and has you hanging on every word to see how it’s gonna end for the fictional characters Linden invents on every track. Spoiler alert, most tracks have a happy ending. From beginning to end this record is so catchy, on it’s final track “Hello Minnesota” it rivals songs like “Hey There Delila” but in a more genuine way. The album “When Does Rock ‘n’ Roll Start to Get Sad?” is available on all streaming services on September 23rd 2022.

Enjoy this advance listen of the track "Straight To Voicemail" to get you ready for the album release!