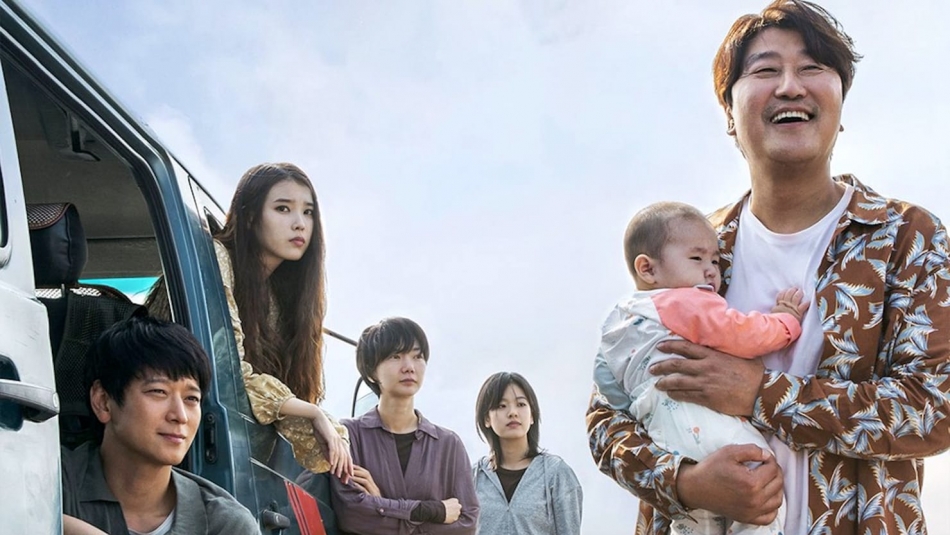 Sifting through ethical and existential questions of what defines a family, let alone a life worth living, Japanese director Hirokazu Kore-eda (winner of the Palme d’Or’s 2018 Shoplifters) returns with another familial melodrama in Broker.

Screened at Austin Film Society on Friday, January 13th, the film takes place in South Korea and was inspired by actual ‘baby hatches’ crafted for unwanted children. In its opening scene we're introduced to an anonymous mother abandoning her young infant outside of a baby box with a note stating she’ll be back for him that more likely is connotated with another unfulfilled promise. Brokers Sang-hyeon (played by Parasite and Snowpiercer actor Song Kang-ho) and his friend Dong-soo (Dong-won Gang) claim the baby as a means to negotiate monetary compensation for selling him to willing and desperate families. When the infant’s mother So-young (musician Lee Ji-eun) does come back for her son (Woo-sung), she gets roped into the situation by deciding to take a portion of the money made and embarking on a road trip with these two generally harmless human traffickers. Following the gang are two female detectives, waiting to catch the transaction in action and arrest them in illegal activity.

Despite their unlawful actions, Sang-hyeon and Dong-soo are hardly what you’d call stone-cold criminals. Truly believing their behavior is for the greater good, Kore-eda inserts plenty of moral conundrums yet provides these obstacles in shades of gray with no spoonfed answers to his audience. A simplified examination might see Broker in a pro-life lens, however there is much more nuance and subtlety in each character’s actions and why they feel what they do is the best thing they possibly can do. “Thank you for being born”, So-young iterates to each of her chosen family in one scene, less of a statement on pro-life than an extension of gratitude for accepting each member just the way they are.

Beneath each characters’ demeanor lies a weight of loneliness and abandonment as we come to know their own history. Cast aside by his own mother, Dong-soo is all too familiar with the saying ‘actions speak louder than words’, as his own biological mother promised she would come back, yet ultimately deserted him. Sang-hyeon has been in and out of prison which has caused strife and distance in his relationship with his own biological daughter. As for So-young, what leads her to abandon her son in the first place we come to realize is much more nuanced and complex than what initially meets the eye.

As the five of them (including a young elementary-aged boy from one of the orphanages who successfully sneaks into their van to come along on their road adventure) embark on their travels to sell Woo-sung to wealthy parents, it becomes apparent that circumstantial family, drawn together by experiences and their environment, is oftentimes stronger than one’s own nuclear and biological ties. While Kore-eda's latest work doesn't quite resonate as powerfully as Shoplifters did, he still holds his own in providing his audience with a resonatingly heartwarming yet heartaching tale of opening up possibilities for what it means to be a family.

You can purchase tickets for screenings of Broker at Austin Film Society today through Thursday, January 19th.
They also have their curatorial LOVE MONTH in store for February, with impeccably chosen titles (including Casablanca and the director's cut of Betty Blue) for all your romance needs. You can find out more about their LOVE MONTH series and purchase tickets for films here.