Carry The Torch: A Tribute To Kid Dynamite 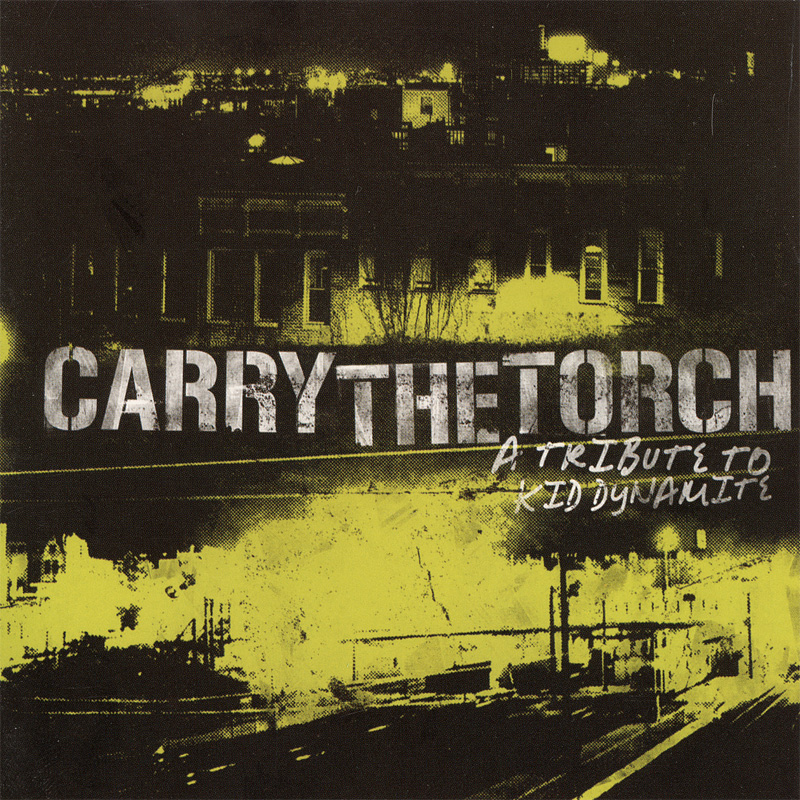 Album Review
Various Artists
Label: Get Outta Town Records
Reviewed by KeithRosson
Listen, when it comes to records of this nature, you don't really need to read my opinion. Kid Dynamite's legacy notwithstanding, this record just is what it is. It's a tribute record ﾖ and I'd be hard-pressed to name more than two or three tribute records that really stand out in memory, much less have stood the test of time as being any good ﾖ of 39 bands covering every Kid Dynamite song ever released. I figure you've pretty much already made up your mind as to your interest level regarding this one.

To give credit where it's due, all the bands contribute technically flawless covers. The energy's high, the musical prowess is there. And there's some great bands on here: Antillectual, Spanish Gamble, The Ergs!, No Trigger, Make Do And Mend, Death Is Not Glamorous, etc. The label did a fabulous job getting everything mastered well and the flow definitely works in the album's favor. It's pretty obvious that the people involved were absolutely stoked on this project. Still, apart from a very few artists (most notably Ernie Parada's mostly-acoustic version of "Bench Warmer", Comadre's awesomely snotty piss-take of "Death And Taxes" and First To Leave's questionable balladry of "SOS") the majority of the stuff here consists of essentially straight covers.

So that's that. It's a nice piece of work ﾖ great packaging, complete with liner notes form two of the members of Kid Dynamite ﾖ but it also is what it is. A bunch of hardcore bands covering a hardcore band. For the most part, it's doubtful that it's really representational of each band's non-cover output, and for most folks, Carry The Torch will just make 'em want to pull out Kid Dynamite's actual records.

Obviously a labor of love, and terrifically executed; it just leaves me wondering how necessary a record like this really is.

Some Days You Get The Thunder