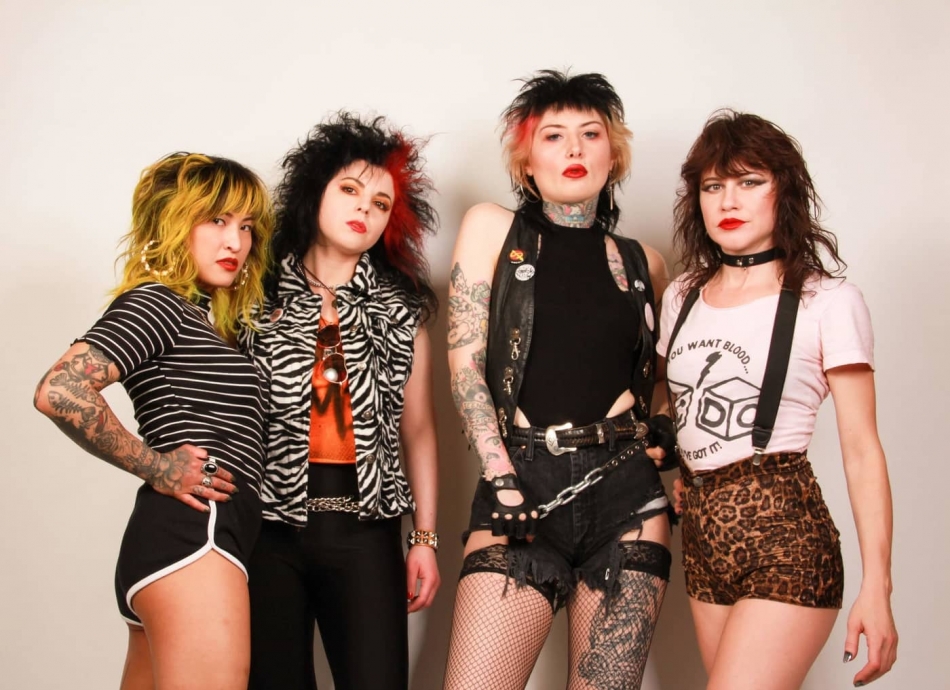 Hailing from Chicago, Mystery Actions are the old school punk rock kick in the ass you’ve been craving!

Mystery Actions are smash you in the mouth punk rock but wrapped in a package that looks like Jem and The Holograms (For you younger people that was a cartoon in the 80’s). The track isn’t breaking new ground but who doesn’t love good old punk rock in the vein of The Clash, Sex Pistols, Buzzcocks etc. Usually if it’s an all female band the press are going to give the generalized comparisons to Bikini Kill and The Muffs but this is way more old school sounding to me. It kind of sounded like The Lunachick’s at first but it’s also less jokey lyrics wise but definitely just as over the top with their stage presence.  Although I realize that might be because this first single “Warbeat” is on a less jokey topic.

The band states in their press release they are comprised of “women of multiple ethnic backgrounds and orientations” and I think if you are going to be doing punk rock you have to be part of a marginalized group so you can revolt. Their video is great and reminds me of why I first got into punk rock, it grabs you by the collar and screams it’s message directly at you. By the way, are these guys backed by a movie studio? How'd they get a fighter jet in their video? This track seems so timeless like it could have come out anytime in the last 40 years and the music and message could be relevant. Mystery Actions recently recorded a new EP with producer William Faith (of Christian Death and Conflict) to be released in the months ahead. The EP will feature the single "War Beat."  I’m looking forward to more Mystery Actions and probably am going to dive into their older material right now!