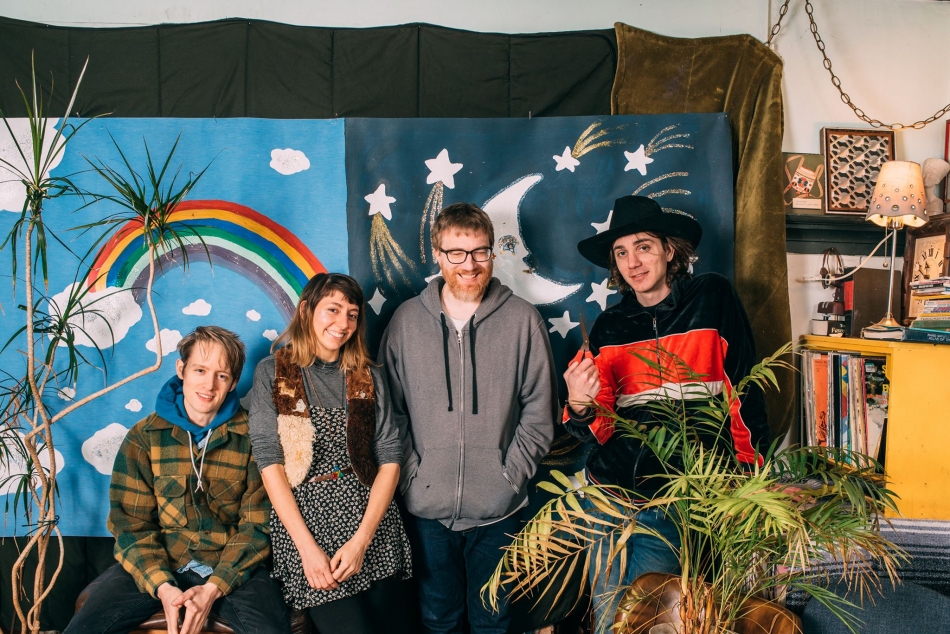 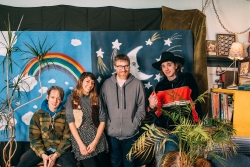 From stumbling across previously unknown acts at Austin's infamous SXSW music festival to Bandcamp sharings on social media, great music is all around us, sometimes we just have to make a conscious effort to dig a little harder for it. Here are a few acts spanning from the west coast to Europe that have perked up my ears and had me spinning their tunes on constant rotation, curious to find out more about their work and share their sounds on Rebel Noise.

Black Midi
Capturing the ears of attendees during SXSW fest in Austin back in March, Black Midi's short run of Texas dates spurred their enigmatic persona twofold. With their abrasive and disjointed sound, London's angular post-punk four piece remain elusive, at this point gaining momentum from offline advertising, fans' word-of-mouth to grasp at any information they can about the band prompting excitement about what will come next from Black Midi. With no tracks online, they remain a tour de force in their live performances, already having signed to Rough Trade and receiving high praise from the likes of Shame. Their aptly onomatopoeic-titled track, "bmbmbm", gradually gyrates into a jarring meltdown, intentional in its purpose while simultaneously delving head first into disintegrated noise.

Justus Proffit
Collaborating with indie artist Jay Som for last year's EP Nothing's Changed, Justus Proffit remains in the thick of the underground punk scene. Running his own DIY space at the age of 22, the savvy Los Angeles native released his debut full length, L.A.'s Got Me Down, off Bar/None Records last month. Reminiscent of singer-songwriters of the 90's and encapsulating a lo-fi aesthetic, Proffit's roots strike close to that of an Elliot Smith, an underlying poignancy in his lyrics for his track "Shadow of the Cross" about the passing of his ex-girlfriend three and a half years ago. Morose, but also enveloped in an air of gritty rock and infectious hooks, make it a point to get L.A.'s Got Me Down on your musical radar.

Chris Cohen
Released March 29th off Captured Tracks, Chris Cohen's latest self-titled album that's been two years in the making unleashes a mesmerizing simplicity in its ten tracks. Including collaborations from Katy Davidson (Dear Nora) and Luke Csehak (The Lentils), Cohen's organic instrumentation and song-writing ring effective and meditative on family and intimacy. In its less than three minute run time, "Sweet William"'s poppy hooks are both delightful and melancholy, allowing for unending revisits to sink deep into a multitude of emotional layers.

Flying Fish Cove
Another act gearing up for their debut album, Seattle quartet Flying Fish Cove capture a nostalgic quality in their latest singles in anticipation of At Moonset, out this Friday on Help Yourself Records. Featuring members from iji and Sick Sad World along with the aid of Greta Kline (of Frankie Cosmos)' vocals on "Johnny Paper", the track paints a serene scene from near forgotten childhood memories, posing a stark contrast to the Northwestern's grey and bleary skies with their poetic and pastel conjurings. Taking inspiration from the 70's cartoon, Puff The Magic Dragon, Dena Zilber's vocals weave flawlessly with a trusting innocence, flutes and xylophones paving the way for delightful melodies that will have you honing in to a feeling right at home. For fans of Heavenly, you won't want to skip out on this one.