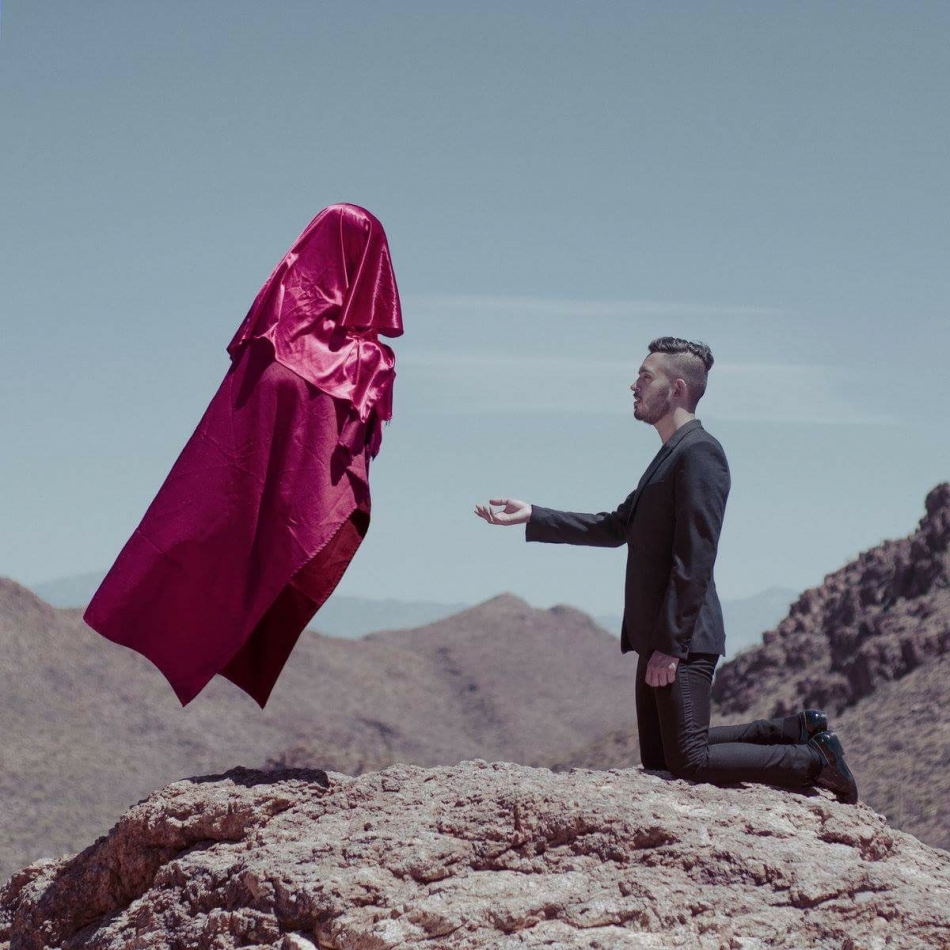 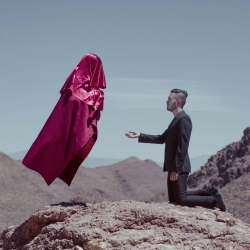 Album Review
In the Presence of Wolves
Reviewed by Jordan Blum

Of Two Minds, Stages 1-2: The Ape and the Cage finds ITPOW not only outdoing itself, but also surpassing what many of the biggest names in progressive metal are coming up these days.

On their 2014 debut LP, Thalassas, progressive metal quartet In the Presence of Wolves established itself as not only one of the top bands in the Philadelphia area but also as one of the most promising up-and-coming acts in the genre. Bursting with the kind of passion, musicianship, and inventiveness crucial to the style, it contained clever nods to their influences yet rarely felt overly imitative, choosing instead to use such techniques as mere outlines for a majorly characteristic sound. Basically, it showed a ton of promise, all of which has been fully realized on their first EP, Of Two Minds, Stages 1-2: The Ape and the Cage, a five-song conceptual saga that mirrors Between the Buried and Me’s The Parallax: Hypersleep Dialogues in both form (again, not too much) and function (it sets up a lengthier continuation while correspondingly feeling perfectly self-contained). Beyond that, though, it finds the band growing in every way imaginable, delivering a more multifaceted, sophisticated, and catchy journey that rivals the latest output from just about any other contemporary.

Of Two Minds is the first studio release with rhythm guitarist Jim Ellis (ex-Palaceburn), who replaced Justin Alexander in 2015 and fits right in with the original trio (vocalist/bassist Vini Stamato, lead guitarist Chris Capitano, and drummer Mason Ingling). As for its storyline, the group says that the collection “explores [their] personal confrontations with mental illness, emotional struggle, and the five stages of grief. . . . the EP tells the story of twin brothers, one with paranoid schizophrenia and one without. The sane brother deals with the first two stages of grief as he investigates the reason behind his twin taking his own life.” (More insight into their narrative inspiration can be found here.) In addition, it was produced by Kevin Antreassian (the rhythm guitarist for The Dillinger Escape Plan, so he knows a thing or two about getting top-notch quality). Together, they’ve created a stunning sequence that any fan of the aforementioned artists should adore.

“As We Speak Pt. 1” opens the record with a bittersweet piano motif (courtesy of Stamato) that instantly demonstrates the wider musical range of Of Two Minds. Soon after, gentle percussion and acoustic guitar chords appear and complement his high-pitched verses and choruses (featuring subtle harmonies); in a way, it evokes the softer side The Dear Hunter while also feeling quintessentially ITPOW. Similarly, electric guitar and heavier percussion transform the arrangement into a fuller new section halfway through, with Stamato declaring personal qualms—“My brother stayed locked in his room / Tell me is he a good man / Is this all just a clever stunt? / Can you help me to understand? / The day we’re waiting for may never come / This patient lives in isolation / It's just a figment of his mind”—with the kind of gripping fervor found on, say, Coheed and Cambria’s “In Keeping Secrets of Silent Earth: 3.” It’s a superb starter.

They haven’t abandoned their abrasive and technical side completely, however, as “The One Who Fell to Earth” erupts in a storm of complex syncopation, crunchy guitar riffs, and sharp intertwined guitar lines. It’s as hypnotic as it is edgy, and Stamato does a fine job of adding his post-hardcore singing style into the mix as it goes. There’s a lengthy jam near the end, too, and it’s truly baffling how exhaustingly intricate yet firmly composed it all is. The same could be said for “White Noise,” albeit in a different way, with TesseracT-esque atmospheric guitar puzzles moving around enthralling beats at first. It’s also a highlight melodically, with some of the most heartfelt songwriting in their catalog thus far. Capitano delivers a killer guitar solo about four minutes in, which is a nice touch, as is the panicked and distorted background monolog that plays afterward (think: Tool’s “Rosetta Stoned”). The track wisely comes full circle at the end, giving it a strong sense of closure.

The penultimate title track begins with poignant acoustic guitar strums and vocal lamentations, but it soon detonates into more fiery playing. There’s even a bit of a surf-funk vibe during one part, during which Stamato screams lines like “Nurse tie him to the chair / Let no one interfere / Now keep this hallway clear / I'm the doctor here / His pupils dilate / Like no ones I have seen / His heart will regulate / As soon as he can dream” and effectively plays the part of emotive storyteller. (His bass playing stands out, too.) There’s even a gorgeously serene passage later on to contrast the previous frenzy. As a result, “The Ape and the Cage” is probably the strongest track on Of Two Minds in terms of plot progression and dynamic range, as ITPOW throws everything it’s known for—and even some new touches, such as a moment or two of overlapping vocals—into the mix.

Ingling shines at the start of closer “M.U.A. (Manipulation Under Anesthesia)” with a delightfully odd beat that steers the rest of the interlocking instrumentation. Ellis does an especially good job guiding the procession as well, and Stamato’s singing soars like never before, yielding a commanding juxtaposition between impulsive outrage and delicate reservation. Like the sequence as a whole, the sheer amount of variety within these sections is staggering; you can’t predict where ITPOW will take you next, but you know it’ll be awesome and affective. Be it a warm slice of calming reassurance or a brutal blast of rejection, it never fails to fascinate and impress, and the way its final spacey blend conjures a sense of beautiful and finite drama is quite powerful.

Of Two Minds, Stages 1-2: The Ape and the Cage is a marvel for many reasons. On the surface, it’s an incredibly sundry, striving, and steady progressive metal effort that inventively infuses other styles into its virtuosic creativity and enthralling songwriting. However, its greater significance lies in just how much refinement and expansion In the Presence of Wolves shows in comparison to Thalassas. Don’t get me wrong: that’s still a great record in its own right, but there’s no denying how much growth is shown here in every way. The lyrics are more poetic and powerful, the melodies are more attractive, the textures are more diverse, and the arrangements are more wide-ranging. Honestly, they’ve not only outdone themselves with this EP, but they’ve even surpassed what many of the biggest names in progressive metal are coming up these days. Because of that, they deserve to be ranked right alongside them.