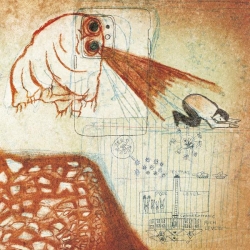 The quartet’s characteristic noise punk/indie pop vibe may appeal to some, but for the most part, it just feels amateurish and aimless.

By melding noise punk, indie pop, and various experimental structures and tones, Deerhoof have continuously sustained a unique and interesting avant-garde DIY chemistry. That's especially commendable considering that they've put out over a dozen studio albums in just under 25 years, all the while sticking to their idiosyncratic style and keeping their audience guessing about where they'll go next. Their 15th record, Future Teenage Cave Artists, is no different, as it's even more lo-fi, minimalist, and difficult to navigate than its predecessor, 2017's Mountain Moves. Really, it comes across as the modern offspring of Sonic Youth, Pixies, Yoko Ono, Game Theory, and the Flaming Lips at their most abstract and meandering (so, post-At War with the Mystics). It's perhaps unfair to chastise it for being so shapeless and repetitive—that's what Deerhoof are known for, after all—but it's also unfair to pretend that it's entirely listenable, developed, and pleasing.

According to the official press release, the LP finds the quartet "haunted by memories of a lost world and every failed attempt to save it", as well as exploring clashes of generational dominance and systems. They also clarify that it's meant to "invert the formula" of Mountain Moves by being "borne of self-isolation and deprivation", using its scaled-down production, arrangements, and songwriting as representations of that chilling emptiness. In that respect, Future Teenage Cave Artists succeeds since it often feels commandingly barren and bizarrely chaotic. But, in creating such unsettling and aimless constructions, Deerhoof fail to give listeners enough tangibility to grasp and savor. It's kind of like the musical equivalent of a Jackson Pollock painting: there's no shortage of playful disorder on the surface, but there's almost nothing to latch onto beneath that.

That's not to say that the sequence is completely void of accessibility and satisfaction, though, as there are some tempting ideas throughout the runtime. In particular, "Sympathy for the Baby Boo" sees vocalist/bassist Satomi Matsuzaki singing a simple but endearing lullaby with childlike innocence over fittingly unkempt instrumentation that just barely holds together. Later, the half punk, half rock and roll "O Ye Saddle Babes" is similarly disheveled yet organized, with alternating timbres and a slight hip-hop edge keeping it adventurous and impactful. True to its name, "'Farewell' Symphony" prospers at being more grandiose and sophisticated thanks to its clever use of unpredictable textural and operational alterations. Although there are no strings or other traditional classical tools here, it still comes off as more orchestral and lavish than the surrounding pieces. The simplicity of closer "I Call on Thee" is very effective, too, as it uses muted piano notes to conjure a subtly nightmarish and lingering outro that wouldn't be out of place in a David Lynch or Ari Aster film.

Outside of those tracks, however, Future Teenage Cave Artists is tedious, wandering, and purposefully amateurish, coming across like compositions written in an afternoon after the musicians spent 30 minutes learning their instruments and coming up with the most pedestrian lyrics and melodies possible. It'll undoubtedly appeal to Deerhoof's already loyal following—plus anyone who's into this kind of formless and ethereal artsy bedlam—so the group deserves credit by default for keeping their schtick going this long. But, outside of that, it's easy to imagine listeners quickly shuffling through its songs, hearing the few worthwhile moments, and never needing to revisit it again. 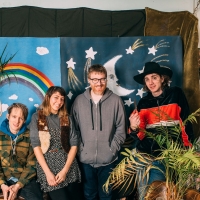 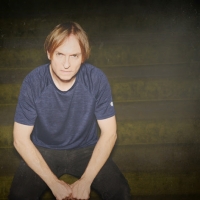