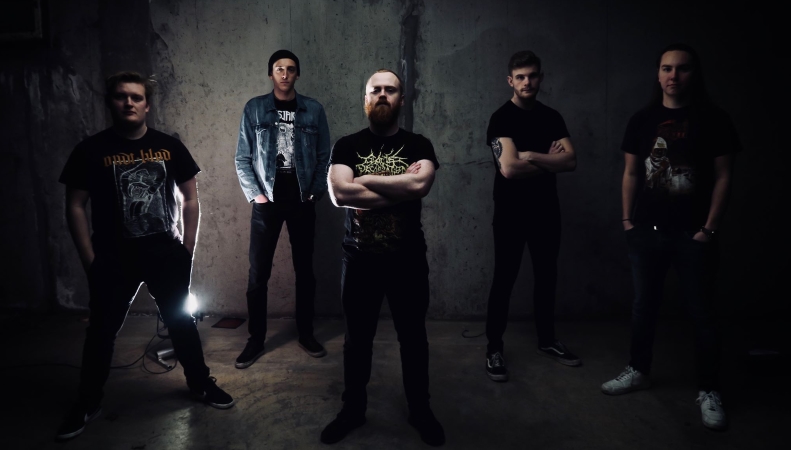 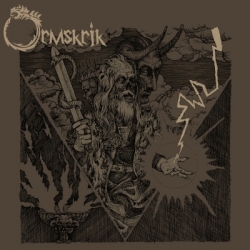 A loud, young thrash-metal band summons horns up from the flat sands of Sandnes, Norway.

The galloping thrash-metal on Ormskrik’s self-titled debut might move you. It moved me during the album’s opening song, “Occultness.” The song storms through the speakers, tribal warriors commanded by some head-sick chieftain. Ormskrik has great energy, and its head-nodding time signatures make enlivened listening.

One of my favorite songs is “March of the Dead.” It, like many good thrash songs, opens with just the guitar—it’s a simple riff that sizzles. The best part of the song, though, is the bass guitar juddering beneath, a gushing wind at your back. Listen to the combination of solid production, raw sound, and good musicianship.

The album’s guitar solos speak and are executed with showmanship. The broken-bottle vocals include a lower-pitched, aggressive bark and a higher, wilder hiss. The performances throughout the album are crisp and executed with precision. Mechanistic, but never mechanical. Ormskrik sound invested on their debut.

This young band built its own rehearsal space in an abandoned yarn factory on the west coast of Norway. The publicity write-up for this album describes Ormskrik’s sound as a fusion of Bay-area thrash, Swedish death metal, and Norwegian black metal. That seems about right, but I hear mostly thrash and some death, and less black metal. The music may be a generation or two from Anthrax, Integrity, and Toxic Holocaust, but Ormskrik sounds fresh and original.

The song “Deathwind” opens with some octave chords twisting out a riff and hints at a nice melody suppressed at the chorus. When the chorus comes around for the second time, the songwriting steps up and the melody is more fully explored while layered vocals build momentum. And “Helheim,” another fantastic song, features a meteoric black-metal opening and, from there, manages to sustain the intensity and pacing; the song cuts atmosphere, too sharp not to burn up on entry.