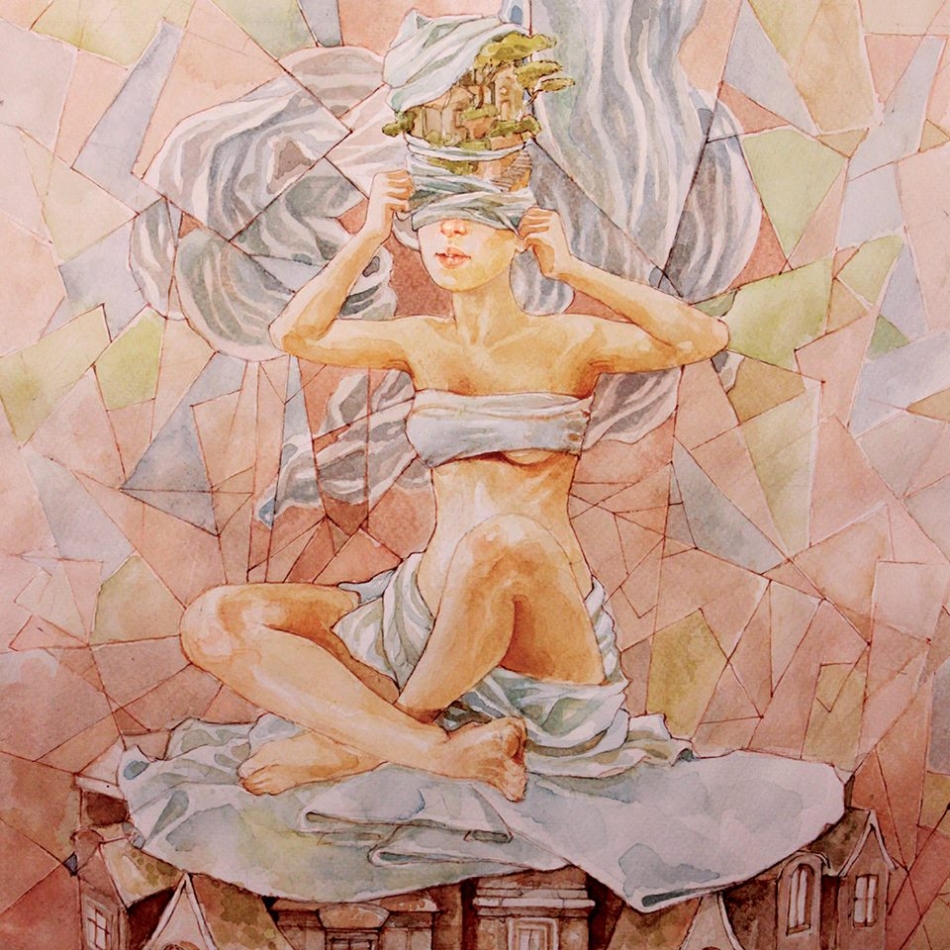 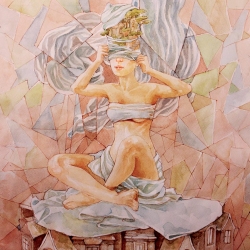 ‘Silk’ doesn’t necessarily do anything new with the style, but it’s a lot more engrossing, emotional, and varied than the work of many genre siblings, allowing it to stand out greatly from the pack.

Of all the geographically classified styles of progressive rock that have emerged over the last few decades, few are as melodically rich and compositionally warm as Italian prog. Over the years, many Italian acts have risen to the highest level of reverence and popularity by genre fans and critics, including Goblin, Delirium, La Orme, and PFM (Premiata Forneria Marconi). Likewise, several modern groups are upholding the mantel and doing these aforementioned forefathers proud, with relative newcomer Dropshard ranking amongst the best. On their sophomore LP, Silk, they display a charming and engaging penchant for commanding arrangements, affective timbres, and endearing vocals that culminate in a wonderful blend of intricacy and quality songwriting (a combination that’s rarer than it should be these days). Without a doubt, Silk is an album you shouldn’t miss.

The group formed in 2007 by Sebastiano Benatti (guitar), Alex Stucchi (bass) and Tommaso Mangione (drums). Since then, they’ve added Enrico Scanu (vocals/flute) and Valerio De Vittorio (keyboards), making for a sonically colorful and complex quintet. Prior to Silk, they released one LP—Anywhere But Home— and two EPS—DSI and DSII. Inspired by vintage masters like Genesis, King Crimson, and Jethro Tull, as well as current leaders like Porcupine Tree, Riverside, and Pain of Salvation, Dropshard channels many adored elements of the genre while also incorporating enough originality and desire to stand out from the pack.

From the very beginning, Silk stands out as a joyously energetic, tasteful, and highly multifaceted yet accessible beast. “Insight” starts things off with emotive singing complemented expertly by thick rhythms, luscious keys, and soaring guitar lines. Vocally, Scanu evokes the rugged yet fragile qualities of Clay Withrow (Vangough) and Tom Luchies (Sky Architect). It’s fairly standard prog fare, with moments of elegant orchestral tranquility in-between heavier bursts, but there’s still a lot of personality and magnetism to be had. It’s a gripping and confident way to begin.

Afterward, “Cell 342” amps up the keyboard wizardry and percussive difficulty, recalling the frantic pace and imaginative of shades earlier Dream Theater records. It blends into the more introspective and sentimental “Tied Together” well. In addition, this track features a lovely keyboard solo near its inclusion, which meshes with the subsequent harmonies exquisitely, showcasing some of the best atmosphere and pacing on Silk. Likewise, “Seat” serves as a dreamy interlude bursting with synthesized majesty that can’t help but envelop listeners completely.

Further on, “Perpetual Dream” is a brief acoustic ballad that, while not especially remarkable on its own, helps add variety to the album as a whole (especially since it’s situation directly in the middle of the track sequence). “Get Out and Run” continues from its predecessor and evolves into more layered concoction, much like what Pain of Salvation did on its breathtaking 12:5 record. Also, both “The Endless Road” and “Memento,” with their lengthy durations (over ten minutes), are among the most ambitious and varied songs here, due in no small part to the occasional inclusion of a flutes, as well as many dynamic and melodic changes throughout. The duo displays the utmost potential of Dropshard.

“Less is More” feels more organic, tribal, and electronic, which gives the record another dose of welcomed diversity. Its bells and computerized voices are particularly intriguing. Along the same lines, “Maya” incorporates more piano than usual, while “Libera Me,” which closes the disc, is very moody and sparse, with a combination of techno influence and beautiful male/female dualities that bring to mind Alcest, as well as Anathema’s latest masterpiece, Distant Satellites.

All in all, Silk doesn’t necessarily do anything new with the style, but it’s a lot more engrossing, emotional, and varied than the work of many genre siblings. Dropshard is clearly wearing its influences on its sleeve, but it manages to still suggest sufficiently fresh and worthwhile material because of how passionate, confident, and meticulous the quintet is. In other words, rather than feel like shameless emulators of their influences, the fivesome simply build upon what they’ve learned in order to stamp out their own identity in the field. With Silk, they do a damn fine job of it.