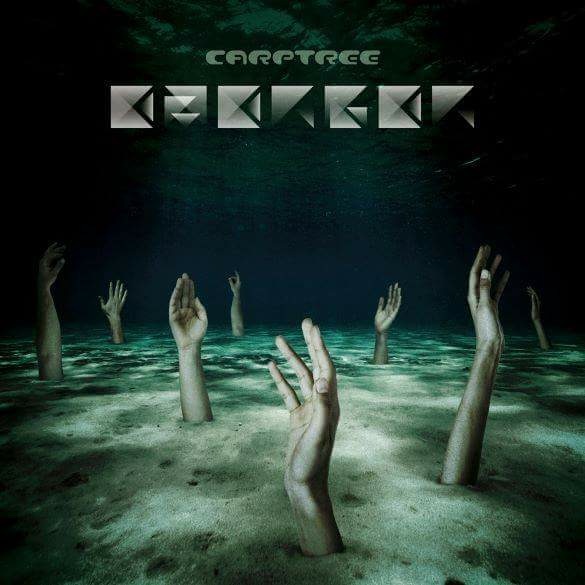 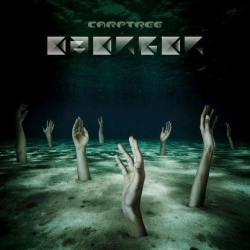 Emerger is a commendably appealing and striving return for Carptree, as each performance and idea is strong despite the overarching sense of sameness.

Sweden has long been one of the most eminent countries for distinctive and pleasing progressive rock, and adventurous duo Carptree is a fine modern example of why. Formed twenty years ago by keyboardist Carl Westholm and vocalist Niclas Flinck, the symphonic pair is routinely joined by the No Future Orchestra and Other Important People, “a group of people from known and unknown other Swedish acts who add their personal touch . . . [and] are also a part of the creative process.” On their latest release (and first since 2010’s Nymf), Emerger, the band once again excels at unifying fascinating melodies, powerful singing, and immensely dynamic and textured arrangements to produce distressing yet potent and futuristic gems akin to bands like IQ, Ayreon, Days Between Stations, Phideaux, and Wobbler. It’s truly a tastefully grandiose, if occasionally repetitious, ride.

Speaking of the NFO, it consists of Ulf Edelönn, Stefan Fandén, Jesper Skarin, Cia Backman, and Öivin Tronstad here. As for why it took Carptree so long to release a new album, the duo states that Emerger “was a really slow starter” because several songs took on “many different shapes” over the past few years. That, coupled with changes in musicians and instrumentation, meant that everything had to be perfect before it could all come together. Fortunately, it was worth the wait, as the LP is remarkably engaging, ambitious, and consistent from start to finish.

“The Fleeting Deep” kickstarts the album in typical prog fashion: a swirling keyboard motif clashes with rambunctious syncopation and biting riffs, yielding an epic environment. It then calms down a bit to provide a spacey foundation for Flinck’s pensive verses. His voice is quite fetching, too, with a characteristic urgency and fear that evokes former Marillion vocalist Fish. His chorus is even more gripping melodically, with poetic sentiment—“You can´t make an hour / Or make one disappear / The making of moments / Is something you come by / Turning to the sky” sticking with you. As the track progresses, many intense transitions take place, including devilish guitar lines, hypnotic keyboard patterns, angelic chants, and some graceful backing vocals from Backman. It’s a stunning way to start.

Equally lengthy but gentler in spots is “Between Extremes,” a robust entry whose polarized moments encompass a surprising amount of variety, including thunderous percussion, soft acoustic guitar strums, and punchy bass accents. “The River” flows comparatively and stands out most due to its multilayered vocal constructions and tribal coating, while the exceptionally high energy of “Ultimately Lifeless” makes it one of the most infectious selections on Emerger. Afterward, “Never to Return and Never Ever Leave” has an almost progressive metal foundation, yet it’s also fairly straightforward compared to what came before it, so it’s among the most widely accessible offerings.

Near the end, “Porous” delivers the warmest and softest passages on the record, with a lovely sparseness complementing more acoustic guitar serenity and Flinck’s high-pitched reflections. Of course, it gets a bit more intense as it goes, but it remains relatively inviting and tranquil until it’s done. The penultimate “Immersive Attention” returns the sequence to its majorly aggressive lusciousness, complete with some inventive and haunting new timbres and transitions that keep it fresh. Finally, closer “Dwindle into Greatness” is a remix of a previously released B-side whose ethereal synth grounding blends well with the shared performances of Flinck and Backman. It’s a mostly triumphant and dense finisher that ends quietly, compelling you to jump back in immediately after.

As great as Emerger is overall, it’s hard to deny that a lot of it sounds the same in terms of both tones and technique (which is why it was easy to discuss most of the song in a sentence or two). It’s a winning formula for sure, but it can get a bit monotonous and frustrating after a while. Even so, it’s a commendably appealing and striving return for Carptree, as each performance and idea is strong despite the overarching sense of sameness. If you’re a fan of neo-prog in general, you’ll no doubt enjoy the developments on Emerger.