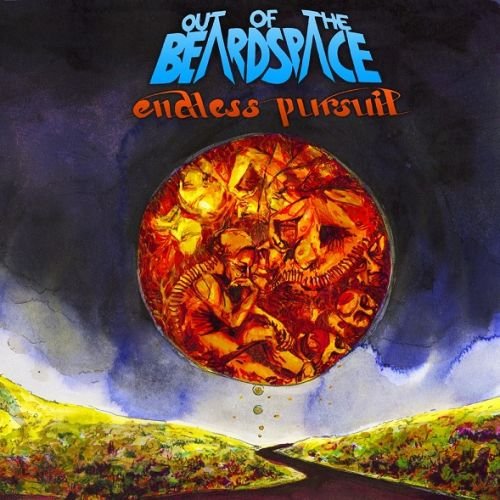 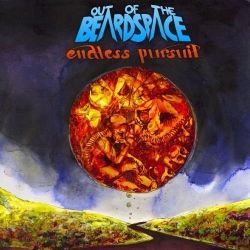 Album Review
Out of the Beardspace
Reviewed by Jordan Blum

Endless Pursuit is a ceaselessly jaw-dropping effort, not only because of how well it encapsulates each individual style but because of how seamlessly and confidently the band fuses these styles into an idiosyncratic identity.

South Jersey septet Out of the Beardspace is an indisputably eclectic, proficient, and downright charming band. Comprised of Ethan Feinstein, Sam Gutman, Zach LoPresti, Mike Mahoney, Matt O'Neil, Jeremy Savo, and Kevin Savo (several of whom are multi-instrumentalists), the group came together in 2010 and justly amassed a large following due to their “psychedelic explosion of sound and color” that conveys “[a] wide range of emotions.” As their latest record, Endless Pursuit, proves, their knack for fusing genres like jazz, pop, funk, hip-hop, and rock within “seamless improvisational flow” is, well, brilliant. As catchy and poignant as it is vivacious, diverse, and intricate, the record is a multifaceted masterwork whose adventurousness, songwriting, and technical chops rival those of not only local peers, but of every modern band around, plain and simple.

Right off the bat, Endless Pursuit beguiles, as opener “Intent to Express” instantly hypnotizes with its synthesis of interlocking keyboard and guitar arpeggios, ska percussion, and high-pitched vocals. The chorus is really appealing, too, because it’s both hooky (“What I got one day is gone the next / Still I'm holding on hope for a second chance / In the meantime, I gotta vibe / Still I'm holding on hope for you and I”) and layered with endearing harmonies. Likewise, the closing guitar solo is delightfully tasteful and fitting. Basically, if the melodic prowess of another local band, Sonnder, were mixed with the lively technicalities of The Mars Volta, this is probably what it’d sound like (and there’s nothing wrong with that).

Next comes the lengthiest and likely most elaborate piece in the sequence, “Lunar Pull.” Its main guitar patterns are clear and infectious nods to early Gentle Giant, and the ensuring harmonies are appropriately surreal. Behind them, tight drumming keeps the momentum and focuses on-point, with staccato riffs and other textures adding more fuel to the fire until a tranquil passage gives way to an electrifying progressive rock/funk frenzy. Bombastic horns clash with complex rhythms, keyboard freakouts, and more, evoking cherished elements of Closure in Moscow, Thank You Scientist, Spock’s Beard, Camel, Knifeworld, and Frank Zappa. Several instruments share the spotlight, too, as the foundation continues to grow before erupting back to the start of the jam with hip neatness. It’s an astoundingly clever, surprising, and virtuosic ride from start to finish and perfectly captures Out of the Beardspace as impeccable musicians and composers.

“Rise Out of the Ashes” is wonderfully otherworldly and socially conscious, like an enraged carnival ride packed with sound clips and singing about the media, politics, and other all-too-relevant concerns (“Maybe what we want is for the old way to burn / Even if the whole system crashes / So that something new and better can rise out of the ashes”). It’s also a dynamic powerhouse that moves from gentle beginnings to absolute chaos by the end, but it’s never obnoxious or unappealing; rather, its intensity enhances its thematic passions. In contrast, “Flo” is breezy, sleek, and organic, channeling artists like 311 and Portugal. the Man in its summery funkiness and slight hip-hop leanings, whereas “Can’t Find the Time” interrupts its classy ballad basis with more amazing instrumental spasms (including some keyboard and guitar playing that measure up to icons like Keith Emerson, Rick Wakeman, Robert Fripp, and John McLaughlin). Like every track on Endless Pursuit¸ it’s the flawless fusion of divergent styles that makes it such a remarkable accomplishment.

There’s a tinge of Swedish prog quirkiness throughout “Call and Response,” which is otherwise unassuming and earnest, like a classic Motown song. Afterward, “Cast in Stone” feels a bit like the more robust and aggressive older sibling of “Flow,” while “Dirge” is an exceptional excursion of light and dark oscillations that moves between spacey and hellish passages smoothly. Every moment is vibrant and striving yet also highly cohesive, making it all the more baffling that the group could write and perform something so simultaneously wild and poised.

The strongest songwriting by far on Endless Pursuit comes with the penultimate “Sacrifice.” While its lovely harmonies and poignant lyrics are certainly striking, the heart of it is its reoccurring guitar motif, an ingeniously simple but gripping component that entrances and enthralls with each appearance. It’s the mixing of these parts—in conjunction with the overarching lusciousness and sudden change to a marching band arrangement near the end—that makes “Sacrifice” arresting and unforgettable. Luckily, “Closer to the Source” provides a stunning and cumulative conclusion, as it touches upon just about every specialty that came before it to produce something that’s equally moving, flashy, assorted, and daring. There are fiery solos, bizarre sound effects, sparse transitions, and fetching melodies throughout, so it’s nothing less than a tour-de-force of all that makes Out of the Beardspace soar.

Endless Pursuit is a ceaselessly jaw-dropping effort, not only because of how well it encapsulates each individual style, but because of how seamlessly and confidently the band fuses these styles into an idiosyncratic identity. In other words, Out of the Beardspace would still be great if they focused only on, say, progressive rock or funk or jazz fusion or singer/songwriter, but instead they throw it all together and serve up a colorful aural cuisine that few other bands can cook. It’s truly a marvelous and refreshing display of creativity, songwriting, and musicianship, and it should bring Out of the Beardspace as much acclaim and attention as any other artist making music today.