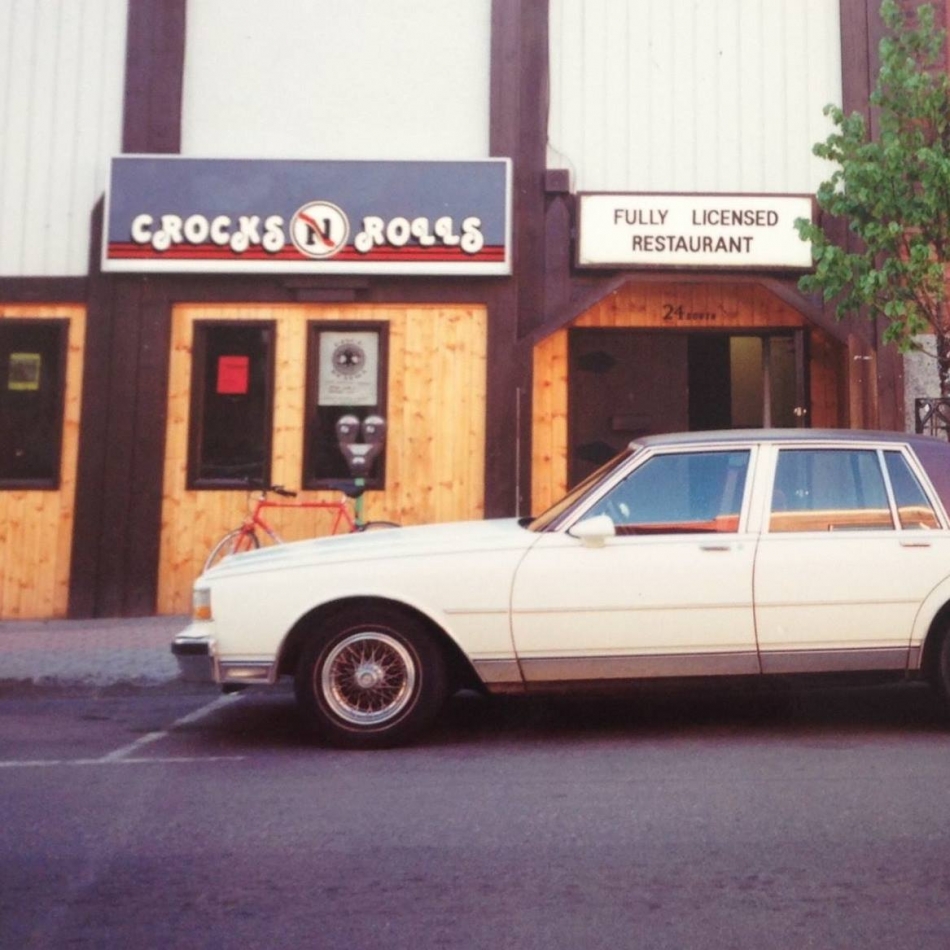 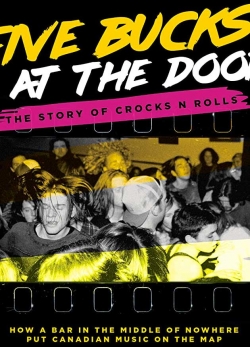 For those of us that instinctively have music and its culture embedded in our DNA, looking back on the first live show we attended will always emanate as a visceral and vivid experience. Premiering in the U.S. earlier this month for Sound Unseen Festival, journalist and director Kirsten Kosloski’s documentary Five Bucks at the Door: The Story of Crocks N Rolls highlights one singular music venue that served as a creative asylum among adolescents isolated in the remote town of Thunder Bay, Ontario. Utilizing cut-out illustrations, black and white photography stills and interview segments with touring acts and the venue’s owner, Frank Loffredo, Kosloski lays out the remarkable history of one man’s vision to craft a life of musical discovery and how Loffredo’s inspiration for cultivating his space permeated and resonated with anyone who happened to walk through Crocks N Rolls’ doors.

Often the most grueling part of touring can be the immense stretches of drive between one major metropolis area to the next. Without music venues or even house shows to play in smaller, rural areas, most bands on the road lose sleep and the potential for a guarantee or payout after playing a show to put food in their mouths and to aid in getting to their next destination. Located in between Winnipeg and Toronto, Thunder Bay became a cultural cauldron and arose as the great equalizer for Loffredo to book a variety of punk and underground sounds from burgeoning and well established bands at Crocks N Rolls. From Bad Brains, The Tragically Hip, Sloan, and NoMeansNo, the locals identified Crocks as a space where, for five bucks, you were guaranteed to see and hear something great while surrounded by other like-minded outsiders and individuals. Putting humility and passion ahead of monetary gain, Loffredo remarks on the financial struggles that took place during his time running an all ages venue on his five dollars at the door rule, often feeding musicians through his family’s home cooked meals, providing them a place to sleep, and returning home at three in the morning only to return to his second home at 10AM the next day. Jason Wellwood, a radio broadcaster, recollects one amusing and endearing story of buying tickets to see Henry Rollins at a speaking event in Kingston, and Loffredo asking to please pay him back $10, the amount that he accidentally shortchanged Rollins during his earlier tour date at Crocks.

Prior to the age of the internet, Crocks N Rolls opened in the mid 80’s and instigated an influx of talent and sound, all interweaving together through a more gradual process of word of mouth communication. Involved fans would often create physical zines and subscriptions, keeping in touch with other artists through an intricate network of musicians, writers, and bookers all across the states to exchange ideas and open doors to new opportunities. The general philosophy of DIY culture was less about making it on your own, and more about DIT — the collaborative effort of Doing It Together. Creating an all ages space also allowed the youth to look up to Loffredo as a role model for what kind of path adults could carve out for themselves. Kosloski animatedly recites how spending hours recording mixtapes on cassettes and attending shows at Crocks changed her life from a shy, self-conscious teenager to creating a career in music journalism and filmmaking. Though the beloved venue closed down in 1996 (and subsequently burned down in 2004), Loffredo revived Crocks in 2007, one door down from where the original space used to be. “There’s no retirement in this business”, Loffredo states after more than 30 years of working in the music industry, as he continues the venue’s legacy to this day. Five Bucks at the Door serves as a reminder as to how one individual’s championing of the underdogs and maintaining an unwavering fervor in their life’s calling can cause such a positive ripple effect in a community’s sense of belonging, reviving what once was rendered untouched and undiscovered in our creative spirits.