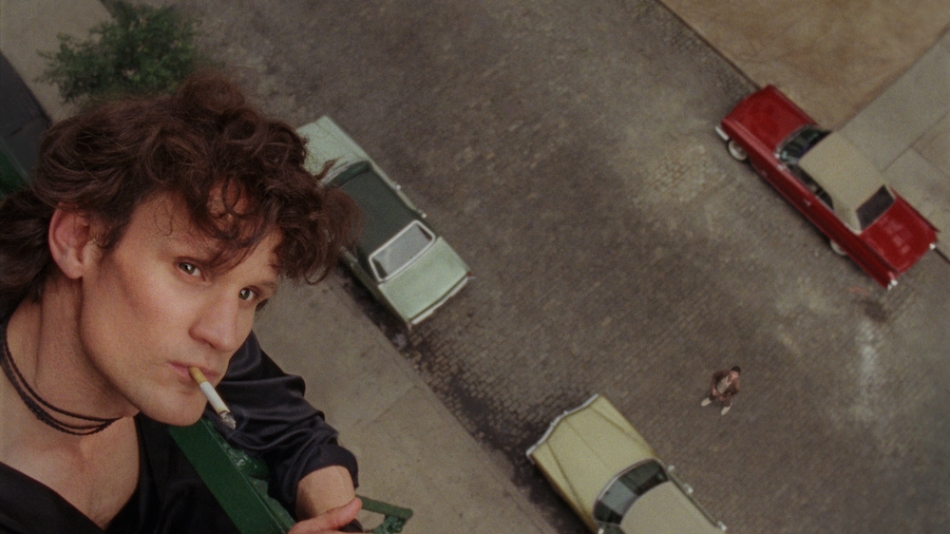 Experimenting in a variety of mediums, Robert Mapplethorpe was best known for his controversial and provocative work in photography. Ondi Timoner (director of Dig!, We Live in Public)'s debut narrative film recounts the two decades in New York that the artist honed in on his talent in the late 60's to his death due to HIV/AIDS in 1989. Skipping across his various significant relationships, lovers and mentors throughout this time frame, Mapplethorpe (played by Doctor Who's Matt Smith) remains at the forefront showcasing his photography skills with his subjects involving his circle of friends, celebrities, the underground S&M scene and the naked human form. Instilling flashes of his most recognizable photos and grainy 16mm shots, Timoner's Mapplethorpe gets a little too caught up in projecting the bare facts within a lukewarm and dry retelling of the renowned artist's prolific life.

Mapplethrope's early work in mixed-medium collages and paintings shifted after receiving his first Polaroid camera, where he started shooting erotic photography and exploring his sexuality. Controversial within the art world and within his personal life, Mapplethorpe received backlash from his conservative Catholic parents and maintained a wall of privacy between them and his career. As significant as his familial ties as well as his relationship with Patti Smith (played by Marianne Rendón) were, these relations gets glossed over, as do many of the encounters and connections he makes with other models and artists. Sam Wagstaff (John Benjamin Hickey) signifies another important role in Mapplethorpe's life, an art curator, benefactor and lifetime partner that helped to encourage and open doors for his photography while many other collectors shunned his projects. As many notable figures aided his art, just as quickly did Mapplethorpe disposed of them if they no longer provided opportunities or got in the way of his drugs or sexual pursuits. While projecting an air of selfishness and ego, often does Mapplethorpe skim over the nuances of his revolving associations that it becomes an automatic acceptance of the routine, not daring to go more than surface deep.

Following a close timeline of significant periods, Timoner doesn't cease to include pop cultural, political and fashion references of the time as well as New York landmarks of its generation. Taking place at the infamous Chelsea Hotel, the space allowed for much of Mapplethorpe's creativity to flourish and serves as a contrast against the stark and polished studios he acquired after gaining some notoriety. Inserting a multitude of famous photo sessions paired with identifiable images throughout the film, while often striking and emphasizing the distinct rawness of his work, unfortunately results in feeling repetitive and amateur in the process. Coming from a strong documentary background, Timoner struggles to find solid ground in a cohesive and narrative format, instead relying on tactics that would serve well to unravel a recorded account of the artist's life rather than attempting to flesh out the inner workings of its characters. Certainly the artist's career and vision is worth digging deep into, however fans and newcomers alike will struggle to find an impactful story in Mapplethorpe.